Gramalkin was one of the character introduced in Wildstorm Comics’ Backlash circa 1997. But it was late in the run, and all this new material never really had a chance to deploy.

Apparently some of this stuff was brought back during the late 2000s, but that was years after this profile was written.

For context, you may want to also read the article about Wildstorm Comics’ Kindred.

Gramalkin’s powers come from genetic manipulation. He’s the only know Kindred that can switch, at will, between a fully human form and beast/human hybrid form.

His animal form is derived from a big grey feline (like a lion or a panther). This gives him incredible strength and endurance, as well a keen sense of smell and hearing. His human self is completely normal, with no ability whatsoever.

Gramalkin is the result of experiments done by Uni-con, an armament corporation. These experiments are illegal on US soil, and were thus clandestine.

It seems likely that the genetic material used was sold by Bloodmoon, the leader of the Kindred. And the human subject may have been a homeless orphan or similarly isolated youth.

To maintain control over his beastly form, they implanted a controlling device. Not only could it trigger both human-to-beast and beast-to-human transformations, but it could also calm the beast down, or induce its rage. It was doubled as a homing device, to keep track of his whereabouts.

The first to trail him was Dingo. In his quest to find other Kindred like him, he went on Uni-con’s testing ground, which was used as the beast hunting ground. He then tracked Gramalkin down. He was discovered by Uni-con security guards, who unleashed Gramalkin after him.

In the ensuing fight, Dingo lost his right eye. He barely escaped, to seek refuge in his vehicle, and asked for Backlash (Marc Slayton) support. That’s where Gramalkin found him and knocked him out with prejudice.

When Backlash and his crew arrived, Dingo was in custody in Uni-con’s labs. They raided the facility, and freed Dingo. Taboo, not knowing Gramalkin’s nature, insisted in freeing this poor kid before they could make more experiments on him. While they were escaping, Uni-con used the device to activate the beast, hoping he would take Backlash down.

He failed, and was brought to PSI for further testing. They removed the controlling device, and started to train him in the use of his powers.

Meanwhile, Uni-con emptied its research facility. However, PSI could not launch any official enquiry based on Backlash’s testimony, as his operation was covert in the first place. By the time they made it official, the labs were transformed in a casual research facility, owned by another company.

Gramalkin started working for PSI in their first wave assault against the resurrected D’rhan in the sunken city of Atlantis.

Gramalkin is a huge feline, with grey fur. He has a black tattoo around his left arm.

Though he didn’t wear clothes while at Uni-con, he now walks with torn trousers.

Gramalkin is a ferocious beast, acting on instinct. He could follow orders, as long as their quite simple and don’t cross his self preservation.

The boy is harmless, and a bit dumb as he never did anything beside sitting in his cell for the beast within to be released. 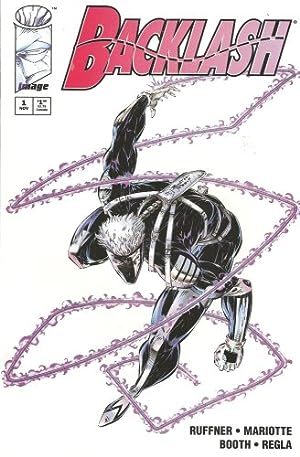 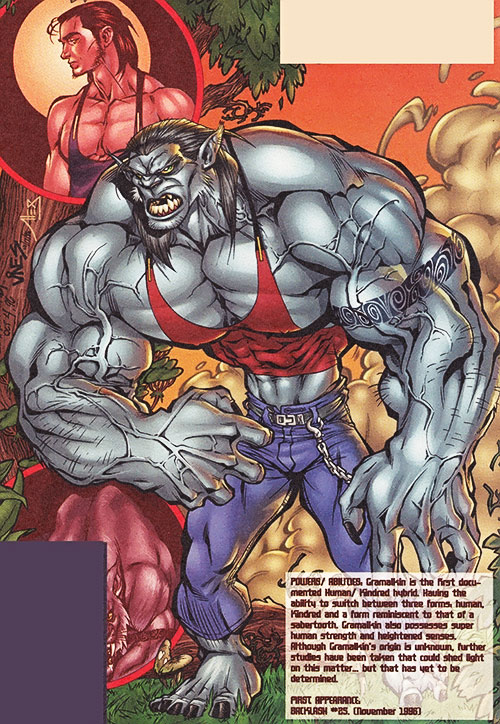