Many of the 1950s Cap tales being Red Scare propaganda, Englehart incorporated these aspects by making the third successor a paranoid caught in an obsessive narrative. Whereas Captain America II and III had been patriotic heroes (though not as impressive as Steve Rogers), Captain America IV was a troubled man from a sick time of witch hunts. His paranoia may have been an Hofstadter reference .

These notes are really really old, and reflect material from the 1970s. The character returned years later, but we haven’t yet had the opportunity to overhaul everything to much better standards.

Captain America IV has benefited from the Super-Soldier serum. He has all of the raw power of Captain America, although far less talent, training and experience.

However, he did not benefit from the vita-ray treatment, making his strength clearly superhuman but also making him unbalanced and prone to paranoid delusions and outbursts of violence.

The man who would become Captain America IV was 11 when the first Captain America was created. Throughout the war years he idolized Captain America, and was shocked to learn of his rumoured death in 1946. Although Truman created a replacement, “Steve” suspected the truth.

In 1952, two years after Jeff Mace retired as Captain America III, “Steve” graduated with a Ph.D in American History, having done his thesis on the life of Captain America. In 1953 he flew to Germany, and examined the files of Major Kerfoot, a Nazi espionage officer in the SS.

There, he discovered that the papers contained the original Super-Soldier formula. He revealed his discovery to certain high officials in the US government. He then made a deal whereby he would become the new Captain America, and act as a symbol in the Korean War .

The government accepted his deal. The man had his name legally changed to “Steve Rogers”, and underwent plastic surgery to make him identical to photos of the original. He also had his vocal chords altered so that his voice would approximate that of the original.

However, the Korean conflict ended before he could be deployed. Outraged and disappointed, “Steve” obtained a post at a small Connecticut private school. There he met Jack Monroe, who shared his worship of Captain America.

In late 1953 a communist terrorist adopted the identity of the Red Skull. He seized the United Nations, holding the delegates as hostage. Steve and Jack injected themselves with the super-soldier formula and donned the costumes of Captain America and Bucky.

They defeated the imposter Red Skull, and several other communist villains and threats. However, because they had taken the Super-Soldier formula without the radiation treatment, both “Steve” and Jack went slowly insane. They brutalized anyone they thought might be a communist. Captured by the FBI, they were placed in suspended animation.

They were released in the 1970s, and re-captured by the now-active original Captain America, the Falcon, and Sharon Carter. They were re-inserted into suspended animation, until they were remanded into the custody of Dr. Faustus. Faustus brainwashed the ersatz CA into become the Grand Director, the leader of a neo-Nazi hate group.

After his defeat by Captain America and Daredevil, he triggered a suicide device within his Grand Director uniform.

As Captain America IV, he wore a replica of the costume of Captain America I. However the bands around the belly didn’t go all around his body, like on the original, but were only present on his front. He was a near-perfect lookalike of Steve Rogers.

The subsequent Grand Director costume is illustrated above.

For most of his career, “Steve Rogers” was rather unbalanced, and it ate his original personality away. As a symbol of the Red Scare  and MacCarthyism , he was actively paranoid, seeing cabals and foreign agents nearly everywhere and rapidly shifting to the most extreme reactionary stances. In the end only he was “right”.

See the Captain America profile for the full history. “Steve Rogers” actually uncovered partial secrets of the Ultra-Humanite treatment, and you can go from there.

At first his STR was 2 AP lower than above, and his INT, WIL, MIN and SPI were 2 AP higher. The four later stats were lowered as his STR went higher, which also resulted in the appearance of all the mental disadvantages above. 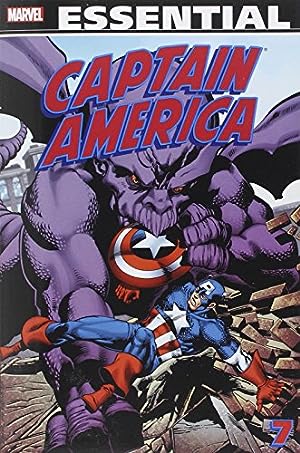 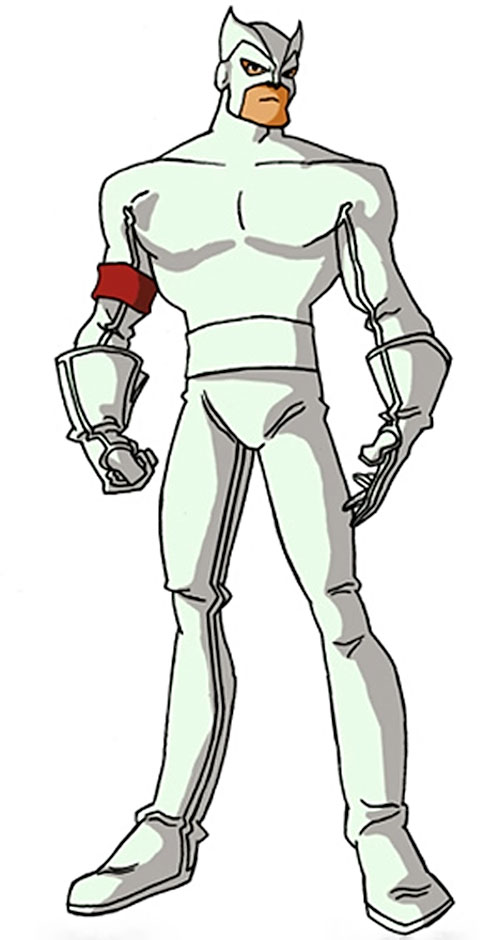