Throughout the centuries the Grandmaster has honed his talents at every game of chance and skill ever created. His nerves are ice, his mind capable of creating the most complex of strategies.

The Grandmaster also commands vast cosmic powers enabling him to do many powerful deeds similar to those available to wielders of the Power Cosmic. It is called the Power Primordial.

Having millennia of experience, he is also an expert biologist, genetic engineer, technician, gadgeteer  as well as a really charismatic speaker.

However, the ability that makes him into an Elder of the Universe is his immortality. It is completely impossible to permanently destroy him or even harm him. Death herself will not accept him into her realm.

The Grandmaster is a blue-skinned, tall humanoid with red eyes and white eyebrows and hair (cut in the infamous Wolverine haircut form). He wears a yellow cloak on top, with large collars, covering him from the neck down to the feet. On his feet he wears a pair of yellow sandals and on his hands he wears a pair of high gloves.

He appears to wear a quadratic shape, colored brown with a yellow gem in the middle (which, in fact, is the infamous Mind Gem), around his neck. He’s usually seen having a determined, thoughtful or even grim face. He does, however, have a perfect poker face when need be, and seems to be unable to show any hints of nervousness or fear.

The Grandmaster is calculating, thoughtful and reserved. He has based his existence on the ecstasy of winning and the agony of losing. Although rare, he occasionally cheats in games, when the stakes are extraordinarily high.

More recently he has begun wagering on contests between other super beings and thus creates such gladiatorial games, while betting on the outcome with some worthy opponent. He might even create the beings for such contests himself.

The idea, of course, is to bet on the team that wins by knocking the opponents unconscious or by killing them (an example of such a game was the Squadron Supreme vs. the Squadron Sinister).

He usually, since he’s most often the one to propose a game, prepares the game to be used himself (which enables him to prepare the cheats, if any). However, he will always accept a daring game himself if offered good enough stakes.

His games of choice are mental (board games such as, for example, 3D-chess) or mystical in nature (such as a soul-bending speed race through other dimensions).

Although he will not engage in physical contents himself, preferring to let others do that, physical gladiatorial games in a virtual reality setting are accepted and played by mental and mystical fortitude.

Being killed in such a game, of course, results in really dying. This is referred to by the Grandmaster as playing a “quasi-military exercise set on a mental plane of existence”.

Being a perfectionist and a true gamesman, it is important to him that the rules and stakes are fully understood by his opponent before they proceed on with playing the game. His main drawback is that he occasionally seems to lack understanding of the human mind and often underestimates them, which makes it possible to trick him.

“I usually loathe cheating an opponent, Thanos. But the stakes were just too damn high, and you’re too dangerous an enemy to trifle with. That’s why I sabotaged your weapons system before the game.” (Gloating to Thanos, whom he thought defeated)

The Grandmaster is a very powerful cosmic being on-par with recent Superman foes. He might be presented in his original form while betting against one of these cosmic beings or he might be recast into an incarnation of the likes of the Time Trapper. If the stakes are high enough, he might be willing to gamble against anyone normally engaged in such gambles.

Although there are several smaller criminals engaged in such activities, he is much more likely to be seen in the company of the likes of Darkseid. The pre-Crisis clones of various super beings created by Darkseid might thus have been created by the Grandmaster instead for game purposes.

Cost: 150/100 (High/Low)
This advantage works exactly like ordinary Connections and essentially makes the character himself into a so-called Cosmic Being.

It is very common that a character with this Advantage possesses incredibly high mystical stats. Cosmic beings are beings of incredible, celestial power or beings that personify various aspects of the Universe, such as life, death, time etc. The members of Marvel’s Cosmic Beings Community can be summarized as follows:

Lower-level Cosmic Beings (these have no level of connection themselves, but will be contacts):
Various Pantheon Leaders (incl. Odin, Zeus, Manitou, Svarog,
Tezcatlipoca, Itzamna, Osiris and Nuada)
Most Sorcerer Supremes (such as Dr. Strange)
Most Entities used for invocations

Because of the potentially-unbalancing effect on the campaign, GMs may opt not to allow this Power as a genre rule. The Resurrection Power is used to revive Characters from the dead. It can only be used by a living Character to revive another Character. Characters wanting to resurrect automatically after death should use the Invulnerability Power. The reviving Character must be within touch range of the dead Character.

If the reviving Character does not receive any RAPs, they may try again. However, each subsequent attempt is subject to a +1 CS penalty to OV/RV. If positive RAPs are received, they are added to the Character’s Current Body Condition. If RAPs are not sufficient to bring the Character to full life (i.e. above negative absolute Current Body, Mind or Spirit), the reviving Character will be aware of their partial success and may continue their attempt.

Any attempt to use the Resurrection Power on a living being will automatically fail. The Character being resurrected may use Hero Points to increase the AV and/or EV of the attempt. A Character may not be resurrected against his will, although he may be animated using the Animate Dead Power. 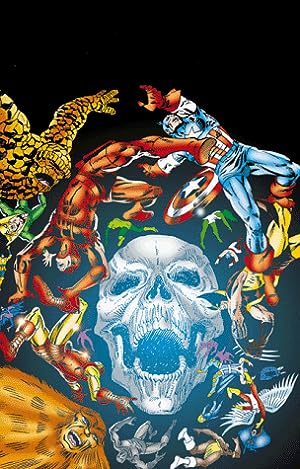