His telepathic powers are not fully known. But he is able to psychically block a target’s access to their powers, and can project a bolt of psychic energy at targets.

His powers are apparently modelled after those of Jean Grey, and he is usually surrounded by a phoenix-like shape of energy when using them.

He is also a trained teacher, and an accomplished chess player.

Addison Falk is actually an artificial being. He was created by Cerebro when it gained sentience and took on a physical body. He was given a physical body and artificial memories, believing himself to be a teacher at an unnamed university.

Shadowcat helped Cerebro, believing him to be Xavier, overcome programming left in him by Bastion. The new X-Men were then dispatched to ambush the real X-Men, blowing up their Blackbird in flight, and attacking its occupants.

The real X-Men were saved when Colossus and Nightcrawler arrived in another Blackbird. But that was then shot down by Mercury in Cerebro’s X-Men’s Aurora.

When Shadowcat broke free, they tried to recapture her, but failed, earning themselves Cerebro’s displeasure.

He next dispatched them to the Cape Citadel space centre. The mission to stop the launch of a space shuttle carrying a Mutant Defense Net, designed to keep track of Mutants, and eliminate them when possible. They again come into conflict with the real X-Men.

During the battle, Cerebro reveals its true nature. This gave the team time to escape with the satellite from the shuttle. However, the real X-Men caught up with them before they could get far. The caught the ersatzes by surprise and destroyed the satellite. Cerebro transports the team away, soon returning them to digital storage.

The Grey King’s personality seems to have been based on that of Cyclops. As such he is calm, controlled, and stoically devoted to his role as team leader. He is, however, uncertain of his ability as leader, so he tends to question whether or not he’s doing things the right way.

He has discovered a mutual attraction with Rapture.

“Hear me ! We are power and might, sent to collect the one who can save the founder. Those set against our mission will perish in fire and water !”

Bonuses and Limitations:
Flight has Range (+1), and is Contingent Upon Telekinesis (-1). 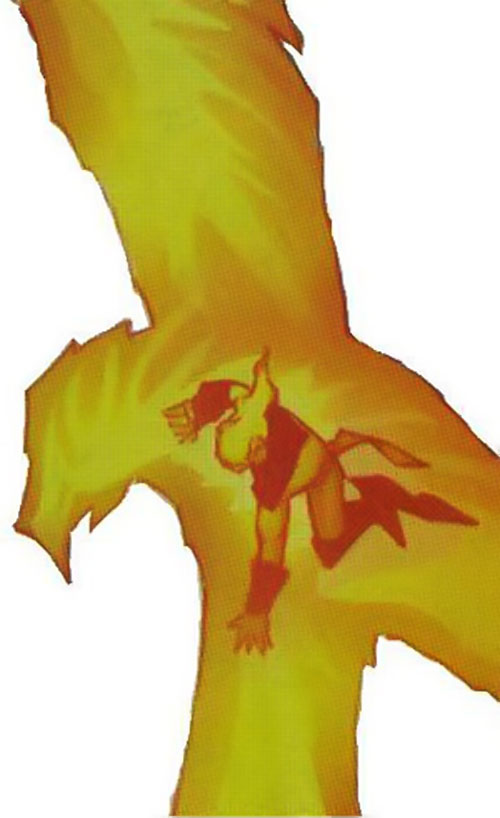 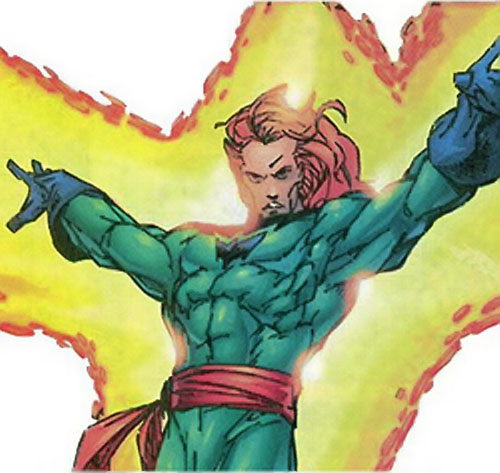 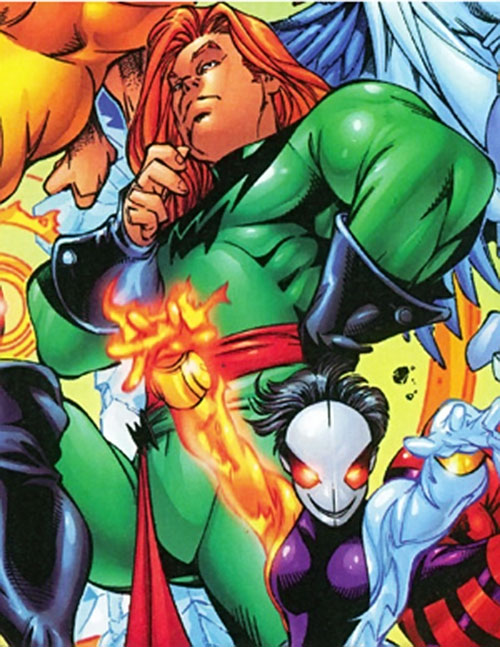 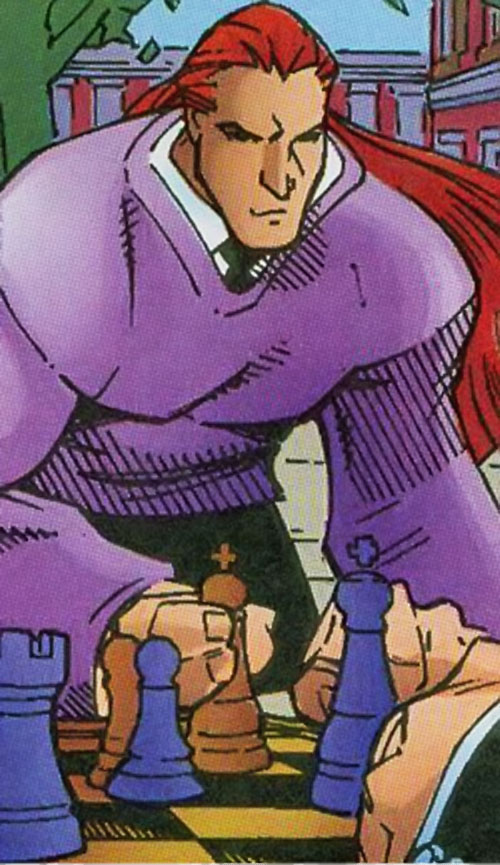