The Greatest American Hero was a 1981-1982 super-hero comedy TV show. The hero was given a super-powered red costume, but lost the instruction booklet. Pam Davidson is said hero’s lover.

I only have detailed notes through the first season of the show (though information from subsequent episodes is included), so this is a partial profile.

Davidson is a talented lawyer, so much so that she was the first person in five years to become a new Junior Partner at the highly respected law firm that employed her. While she worked as a divorce attorney earlier in her career, Pam had shifted to criminal defense work by the time Ralph acquired the suit.

She’s also a skilled driver, enough so that she was often entrusted with the driving when she, Ralph, and Bill were traveling together.

The daughter of a small-town politician from Deer Lick Falls, Minnesota, Pam Davidson distinguished herself as a law school student. It was while in college that she first met Ralph Hinkley, who became a close friend of hers. Davidson served as Ralph’s attorney during his divorce and their friendship became a romantic relationship.

When Ralph acquired a superpowered suit from aliens, Pam was soon let in on the secret. Not only was she accepting of it, she soon became a third member of Ralph and Bill’s team. After two years of adventures, Ralph asked her to make their partnership official by marrying him. She accepted the proposal.

Sometime later, Ralph’s superheroic identity became public knowledge. Considering their agent most effective in secret, the aliens asked Ralph to find a successor. After he passed the uniform on to Holly Hathaway, the aliens erased the memories of Ralph’s superhero days from everyone except Ralph, Pam, Bill, and Holly.

Ralph and Pam then retired to a normal life together.

Though she is highly intelligent and brave, Pam usually approaches situations by staying out of the spotlight. Instead, she observes carefully and steps forward when she sees a chance to make a useful contribution.

While Pam was not selected by the aliens to be part of the crime fighting duo using the suit, she quickly became an integral part of Ralph’s and Bill’s team. She provided not only legal expertise on those occasions that it was needed, but more importantly served as a voice of calm and reason to balance out Bill’s near-obsessive drive and Ralph’s troubled idealism.

(Warning Ralph not to enter a public place with the supersuit) “You go in there and you know what’s going to happen ? You’re going to be sent away for so long, when you get out this suit’s going to actually be in style.”

Bill Maxwell: “If I’m not supposed to run this show, then why did our friends from the twilight zone put me aboard ?”
Pam: “Comic relief ?”

Even if Ralph is not part of the campaign, Pam could make for a useful NPC lawyer.

Connections:
Ralph Hinkley (High), Bill Maxwell (High), Law Firm of Carter, Bailey, and Smith (High), Holly Hathaway (Low — while the Hinkleys were planning on “retiring” to a normal life after giving Holly the suit, they could probably call on her if needed and vice versa). 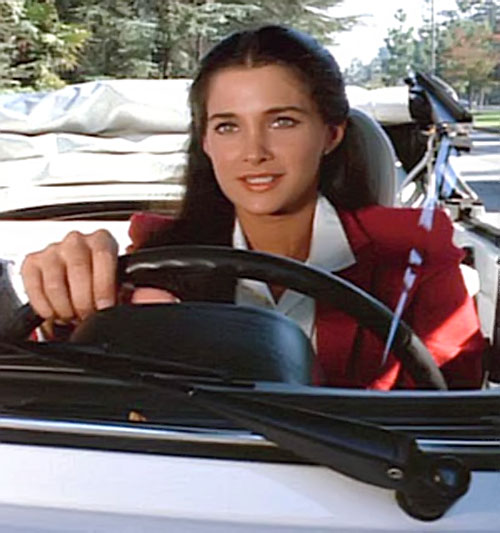 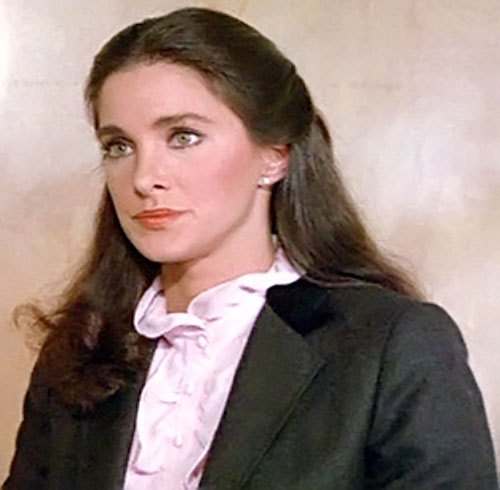