In 1986, the cast was reunited to prepare a spin-off as The Greatest American Heroine, with a new wearer for the costume. It didn’t work out and the show never launched, though the footage was turned into an extra episode for the syndicated series.

While her education and primary job was as a veterinarian, Holly was also active in various social and environmental organizations. She thus had some knowledge of the relevant concerns.

Hathaway was the latest recipient of an alien suit that granted its wearer superpowers.

A group of aliens entrusted schoolteacher Ralph Hinkley with a suit that gave him superpowers, intending him to resolve various crises in secret. When Hinkley’s existence as a superhero was exposed to the world, the aliens tasked him with finding a replacement.

Once the suit was given to another, the entire world would be made to forget about Hinkley’s superheroic career, other than Ralph himself, his wife Pam, and his partner, FBI agent Bill Maxwell.

While Bill Maxwell made an extensive search for a replacement, Ralph accidentally came across Holly Hathaway, a veterinarian and day care worker who was very active in social work.

After observing Holly’s work for a few days and speaking with her about her commitment to the common good, Ralph offered Holly the chance to take his place. Holly accepted eagerly, though Bill had misgivings. 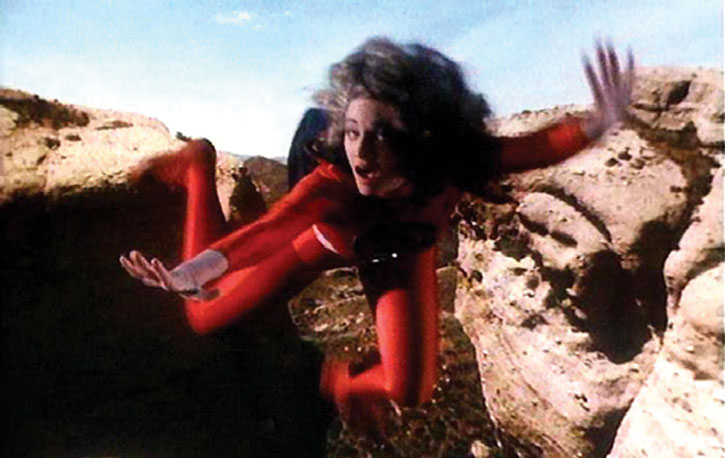 Holly and Bill then had a trial case of sorts when Holly decided to investigate the sinking of the Sunset Lady, a vessel run by an environmental organization. They tracked down the saboteurs responsible, making a positive start for their partnership.

Holly Hathaway is a petite young white woman with a wild cloud of curly hair and an almost perpetual elfin grin.

Holly is very physically expressive, frequently making large emphatic gestures as she speaks. She remains in almost constant motion, especially when she is excited.

Hathaway is very enthusiastic, approaching every situation with pep and vigor. She has more than a touch of whimsy, all the way to the name of her vet center, “Anything’s Pawsable.”

“What’s the story ? You and I are kinda like partners, huh ? You kinda sniff out the trouble spots and then, at the last minute, I fly in and save the day ! Is that kinda how the picture goes ?”

“Friendship is so beautiful !”

“Boy, was that ever fun ! It was better than an aerobics class !”

If Ralph is part of the campaign, then Holly makes a natural successor (which also fits into the common DCU theme of legacy heroes).

Otherwise, Holly may have gotten the suit directly from the aliens or even found it after any of the various alien invasions, crises in time, etc. 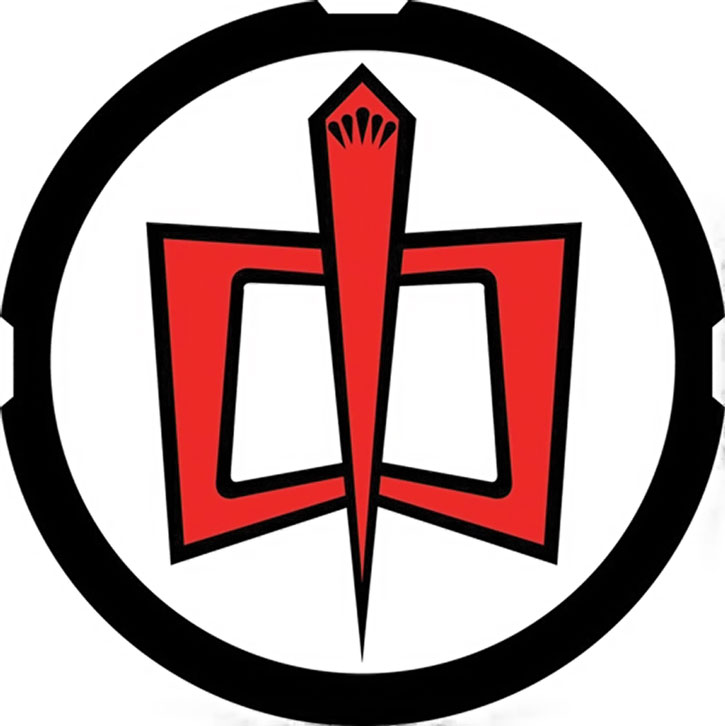 Bonuses and Limitations:
Medicine Skill applies to animals rather than people (-1FC).

Connections:
Bill Maxwell, FBI Agent (High), Ralph and Pam Hinkley (Low – while they were “retiring” to a normal life after giving Holly the suit, the Hinkleys would likely be willing to help her if needed, and vice versa).

Holly is unable to control the suit’s Omni-Power as the aliens declined to provide a new instruction book and Ralph had never figured out the technique and thus could not pass it along. As a result, the suit’s Omni-Power does not cost any HPs to activate but is completely under the GM’s control as to when it is triggered and to what effect.

Sometimes, the ability in question will be a momentary convenience that Holly is not able to reliably trigger. Examples of Ralph doing so include creating a flameless version of Flame Being by rubbing his hands together at superspeed or mentally controlling animals.

Other abilities might be temporarily activated by environmental triggers, such as Ralph did when he developed a Fatiguing version of Control after exposure to radiation and an Always On version of Magnetic Control after an accident involving a spacecraft.

In the former cases the Power only lasts for the duration of the current scene, whereas in the latter cases the Power may last for the rest of the scenario (and turning it off may in fact be part of said scenario, since those Powers tended to have inconvenient Limitations).

This lack of control also extends to some of the powers Holly does have regular access to. Any use of Flight other than straight-forward movement requires an Action Check with Holly’s DEX 04 as AV/EV versus an OV/RV of 02/02.

Landings were even more difficult, requiring the same Check above versus an OV/RV of 04/04. Carrying heavy objects will help her in-flight balance, negating the need for the Flight maneuver Check and reducing the landing Check OV/RV to 02/02.

Other erratic Powers include Comprehend Languages, Danger Sense, and Sealed Systems, which effectively have an R# of 07. No repair is required for failure — the Powers are simply unavailable for the rest of the current scene if the R# is rolled when they are used.

Holly can periodically purchase new Powers for the suit. Unlike the usual instances of adding an ability to a Gadget, this represents her discovering how to use a previously unknown or uncontrolled ability that was already present. Thus, she does not need to make any Gadgetry or Wealth Checks to add the ability; it is instead purchased as a normal Power.

Examples of this happening to Ralph include learning how to use telekinesis from J.J. Beck, and discovering how to use Shrinking when gaining a new instruction book (only to lose said book again). Given the often-abstract means to activate the suit’s Powers (such as having to visualize white paper to use Telekinesis), it is easy to understand why working out the suit’s abilities without instructions was a very gradual process.

The suit does not need to be completely put on before it functioned. Even wearing part of it is sufficient to allow Holly access to its abilities. Ralph seemed unable to use the suit’s abilities when it was covered by other clothing.

When he was pitching on a baseball team he only threw 200-mph fastballs when he pulled up his baseball uniform sleeve and pulled down the sleeve of the suit, which he was wearing underneath the uniform. This may simply be a psychological quirk on Ralph’s part, in which case Holly would be unaffected.

While the suit did not cover the wearer’s head or hands, this did not always appear to be an actual vulnerability. As one example, Ralph was able to rub his uncovered hands together at superspeed until they glowed red with heat without suffering any injury or discomfort.

On the other hand, blows to Ralph’s head tended to affect him normally even when wearing the suit, so he instinctively protected his exposed head when attacked.

Generally speaking, Holly’s head and hands are protected from the negative side-effects of using the suit’s Powers (the aforementioned Flame Being, punching objects using his superstrength, flying at supersonic speeds, etc.) but attacks from external sources affect them normally.

The Mental/Mystical Attributes are minimums and could be higher than noted; since Holly only appeared for a single episode and was not significantly challenged by the opposition she faced, it is difficult to reliably estimate an upper bound for those stats.

HPs would likely go up as her superheroic career progressed.

Though she is not seen driving in the episode, the Vehicles skill seemed a reasonable assumption.

Weight is a rough estimate. 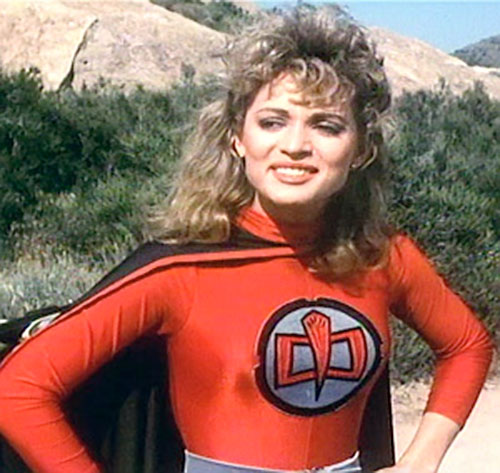 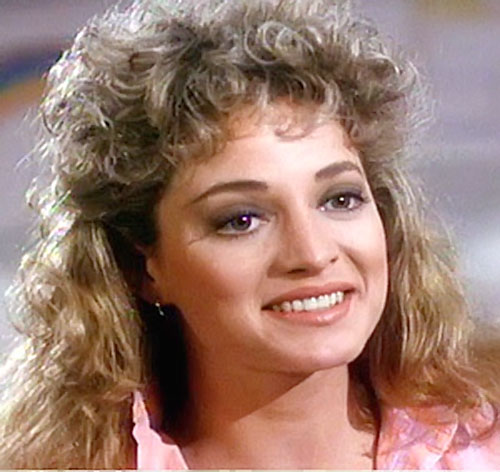 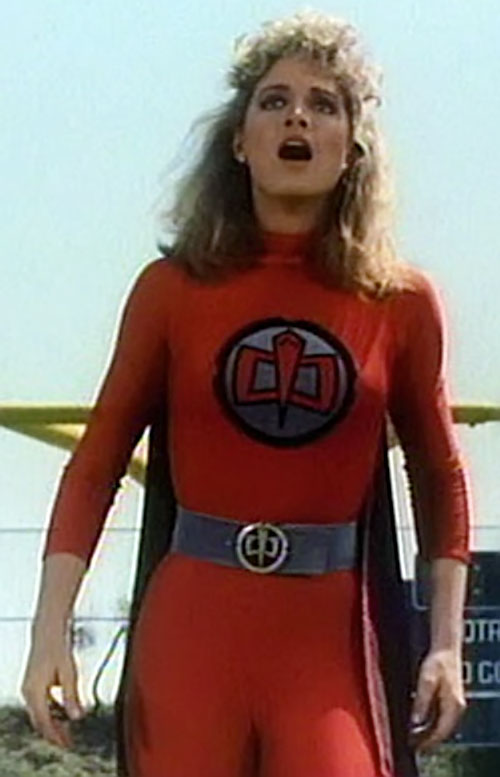