Connor’s most notable set of skills is that he’s one of the very best aikijutsu masters in the world. He has a phenomenal general talent for martial arts not seen since Lady Shiva.

He’s one of the very few persons in the world who can give Shiva an actual, intense fight. Hawke is thought to be more or less the equal of the Bronze Tiger in general martial arts skills.

He is also a world-class archer. Connor was trained by the best kyujutsu specialists at the Ashram – then his skills were developed far further by Green Arrow. However he’s not a match for Oliver Queen, who is in a class of his own. Out of respect for his father and general humility, Hawke considers himself more of a decent bowman than a martial arts master.

Connor is of mixed ancestry, and has been described as ½ white, ¼ black and ¼ Korean – the end result being unusually good looking. Connor has an humble, reserved but very graceful body language, and an air of goodness and mystery that never fails to attract most women’s attention.

Connor is a nice, quiet, respectful young man who received very little exposure to the mainstream American society during his youth.

He’s very much of a meditative young monk, contend with his lot. He enjoys silence and simple, honest things. He has been raised in a slightly new-agey version of zen buddhism, and is an intense practitioner of meditative, internal arts such as aikijutsu and kyujutsu as well as their “do” forms.

One running subplot is that, although he’s very attractive and as a way of sparkling the attention of women without meaning it, Connor is mostly an asexual monk. He’s not really interested or familiar with carnal knowledge and enjoyment. This has of course led various shallow, vulgar young men such as Kyle Rayner to assume he was gay.

Connor greatly admires his father, trusts him completely and usually defers to him.

Before his first fight with the Silver Monkey, Connor’s Martial Artist skill was a 09 ; it was a 10 by the time of their rematch.

Prior to starting his training with his father, his Weaponry (archery) score was a 07.

Before the JLA, his HPs were about 40.

By P.M. Harrison and Sébastien Andrivet. 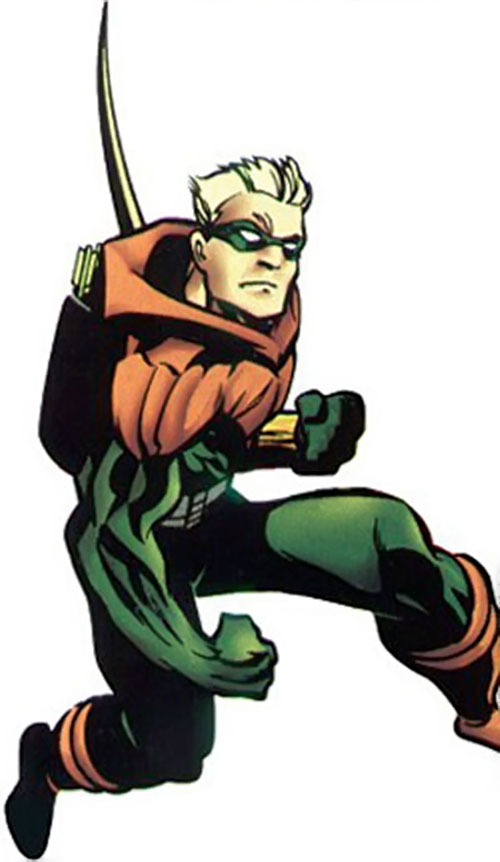 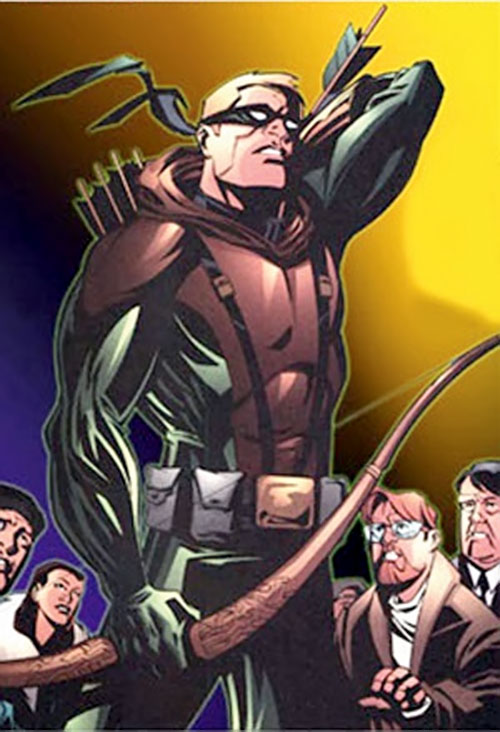