Dr. Hamilton has no superhuman powers, but relies on the Goblin’s equipment and his skills. Hamilton has a doctorate within the field of psychiatry and when he became the Goblin he used the social interaction skills for information gathering and threatening.

Since discovering the weapon arsenal of the Green Goblin he spent much time practicing the use of it. He mastered the handling of the Goblin Glider to such an degree that he could dodge bullets and became an expert in throwing the Goblin’s weapons to unbelievable levels. His greatest advantage and drawback probably was his fanaticism and belief in his abilities as the Goblin.

Dr. Barton Hamilton was the psychiatrist of the second Green Goblin, Harry Osborn. Under hypnosis, Osborn revealed many of the Goblin’s secrets to Dr. Hamilton, including the secret identity of Spider-Man.

Kidnapping Osborn, Hamilton assumed the personae of the Goblin (getting access to the previous Goblin’s whole arsenal of weapons) and attempted an underworld takeover. He tangled several times with Silvermane and with a reluctant Spider-Man, who believed it was Harry Osborn under the Goblin’s mask.

After Silvermane was severely injured in a fall, Spider-Man managed to unmask Hamilton. Osborn, freeing himself, suited up as the Goblin and charged into the fray. During the struggle, Hamilton was killed by an explosion.

Injured, Harry once again lost his knowledge of his Goblin exploits and no longer remembered Spider-Man’s identity.

Dr. Barton Hamilton looks like a stereotypical psychiatrist. He wears a fine suit, fine shoes, a white shirt and a tie. He wears his hair combed back and has a full-face beard and of course smokes a pipe. The impression he gives is trusting, sympathetic and helpful.

The Green Goblin, by strong contrast, looks really nasty in his green and purple.

As Dr. Barton Hamilton he plays the role of the helpful and understanding psychiatrist. After having bought the mystique of the Goblin and having developed his self-delusions (only he was worthy of being the Goblin) he began to use this façade for the purpose of acquiring knowledge about the Goblin and the Spider. 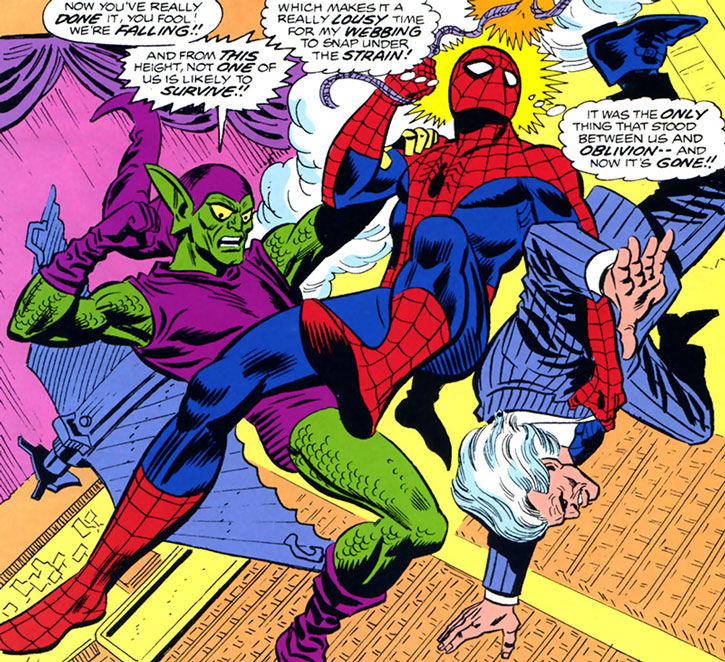 He thought that merely being the Goblin would be enough to defeat Spider-Man and to gain control over the criminal underworld.

As the Goblin, Hamilton was evil, ruthless and completely insane. He thoroughly enjoyed taunting and gloating for the kidnapped Harry Osborn (who he kept around because of a sort of debt) about his plans. Much like the previous Goblins he really liked to throw people down from high places. Hamilton’s greatest desire appeared to be the overtaking of the criminal underworld.

Much like Spider-Man this Goblin was a wisecracker, but mixed bad jokes with hard threats.

Simply put, the Goblin was a lunatic with a plan.

“With my trick bag I’m the mightiest one on Earth ! There is nothing that I cannot do !”

As has been said, the Goblin would make an excellent Batman foe. I could easily see the Goblin go up against the likes of the Creeper too. This particular Goblin might appear powerful, but that’s just part of his self-delusion. Low-level heroes probably could defeat him if they realize that his strength and endurance are human only.

Another possibility, since he was Osborne’s psychiatrist (if you want to link him directly to Batman) is that Hamilton is just an alias of Dr. Hugo Strange, trying once again to pester Batman and take his place. 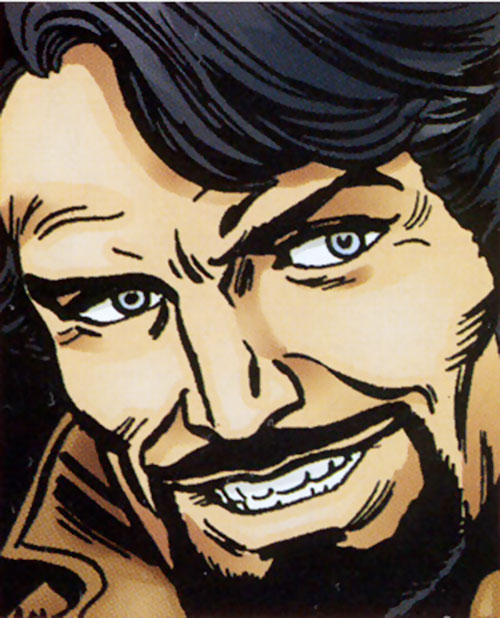 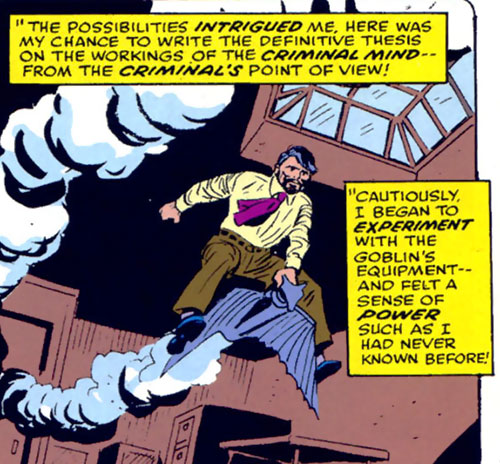