Lysandra appeared in two consecutive back-of-the-book features in 1983 issues of Green Lantern. These were part of the “Tales of the Green Lanterns” short stories.

Lysandra is sufficiently honest, fearless and strong-willed to bear a green power ring.

How strong she is as a Green Lantern is difficult to assess. With Hero PointsDC Heroes RPG concept expressing narrative importance/immunity. she could beat the willpower of a few thousand people. But then that’s what you’d expect from a GL. 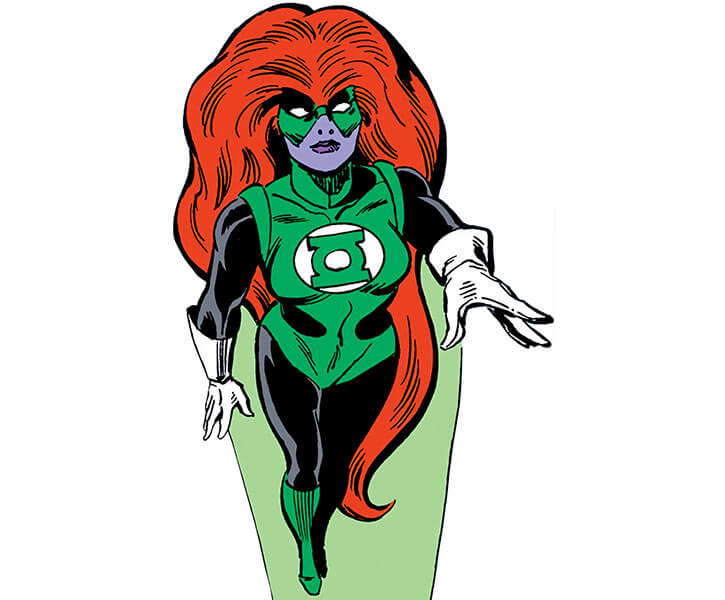 Lysandra is from Zintha. This is a cold, low-resources world in Sector 47.

Beyond the hardships of the snowy environment, life there was shaped by a religion that holds the sky and stars to be taboo.

Young student Lysandra was devout. However, she struggled with an urge to look at the forbidden stars.

This is how she caught a glimpse of a person falling from the sky. Though anything from beyond Zintha’s thin atmosphere had to be demonic, Lysandra nevertheless tried to help the wounded, beringed alien.

Understanding the act of courage this represented, the Green Lantern of sector 47 gave her his ring just before he died.

In the name of Thar

Lysandra didn’t want to touch anything from the stars. But the nearby temple of Thar, Zintha’s patron divinity, started collapsing. This forced her to use the ring to save the faithful within.

Out of shame, she created a typical Green Lantern outfit and mask to hide her face.

However, the priests were impressed that her uniform and power beams were green. The colour was a sacred symbol of Zintha’s sparse plants, associated with life. It was therefore considered that something green couldn’t be demonic. 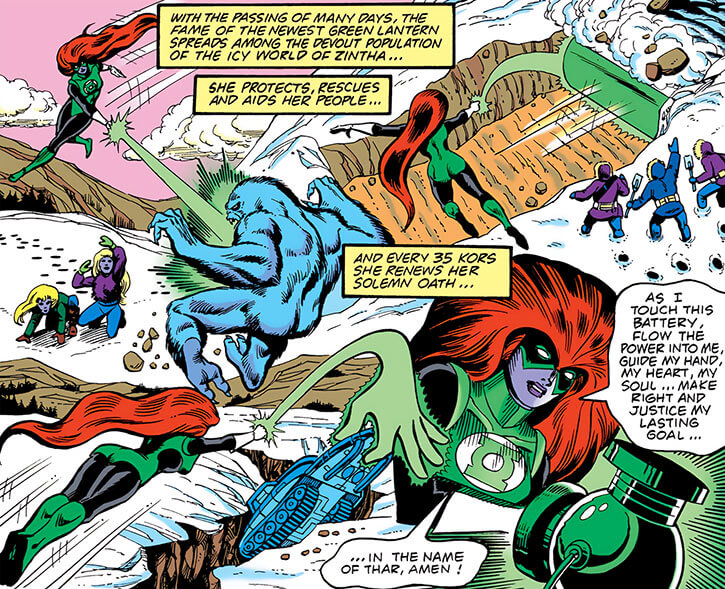 Since Zintha might not have days or nights and a different concept of evil, her oath was :

As I touch this battery
Flow the power into me
Guide my hand, my heart, my soul
Make right and justice my lasting goal
In the name of Thar, amen !

The Guardians of the Universe decided to have two Lanterns in Sector 47, since Lysandra couldn’t leave Zintha. The other was Spol of planet Cyc. He was kin to the Green Lantern whom Lysandra had seen die.

(This doesn’t mean that there are 3,601 Green Lanterns rather than 3,600. The whole “3,600 sectors” thing is a stylisation, a shorthand for a much more complex reality.)

In 1983, automated Zinthian equipment determined that their tiny star was about to go nova.

Lysandra assembled the entire Zinthian population to focus their willpower on her battery. Since leaving Zintha would be a mortal sin, her solution was to muster enough power to move the planet to safety.

Spol of Cyc came in the nick of time to prevent this. As they worked together, Lysandra learned that :

With the fission done, Zintha now had two “suns”. This meant much less frigid temperatures, though Lysandra had to keep watch to prevent flooding from melting snow.

There presumably were changes on Zintha now that the historical information, lost when the Zinthians were beleaguered refugees, had been recovered. In particular, the taboo about looking up at the sky was dismissed, now that its origin was understood.

In 1995, Lysandra *may* have been among the ex-Green Lantern captured by Guy Gardner’s evil clone. The prisoners were to be sold as slaves, but were freed by Warrior (Guy Gardner).

Somebody’s bound to have an arm ripped off

(This is a 360° compared to the 1983 story. Which ended on a note of hope, friendship and better understanding of one’s faith. If you guessed that the 2008 stuff is by Geoff Johns, you win nothing.)

A 2008 flashback to Hal Jordan’s origin as Green Lantern also shows a rookie GL that might have been Lysandra. She’s on Oa, and part of his class.

From there, the pattern remains crowd scenes with Green Lanterns, with one potentially being Lysandra based on gender and skin/hair colours. All such possible glimpses take place far away from Zintha. 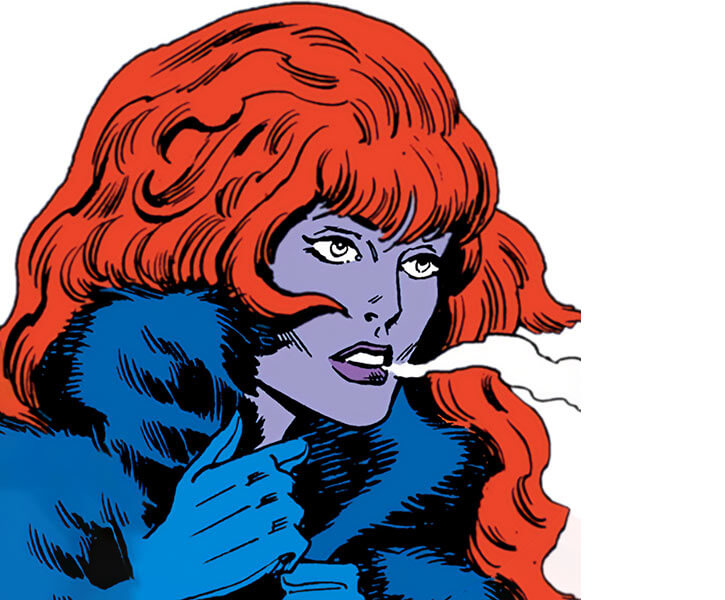 Lysandra’s enormous mane of orange hair seems to reach to her ankles. It covers more of her head than in a Human. Perhaps it’s an adaptation to cold.

She has the same purple skin tone as other Zinthians.

Lysandra remains devout, though the two main tenets now seem not to seek to leave Zintha (or perhaps the Thar solar system), and to be thankful to Thar (and presumably her offspring).

She primarily strives to selflessly serve and protect.

“I have been graced by the wisdom of Thar to wield great power, noble priest. But I wish not to be exalted over others. My true identity shall only be known to Thar !” 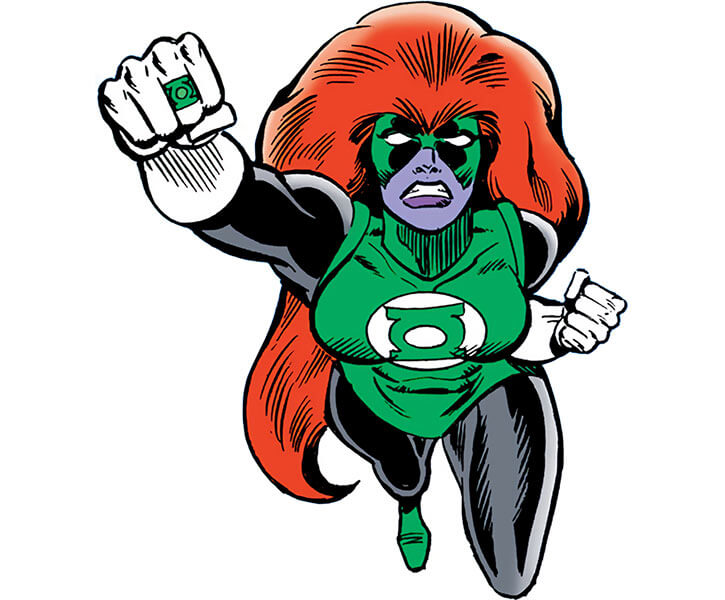 Misc.: Lysandra is sworn never to leave her planet.