Williams possesses no superhuman powers, but does wield a scythe in place of his right hand. Presumably, his current scythe has the same abilities as his previous cybernetic scythe that was once permanently bonded to his right hand.

This scythe was made of an extremely durable material. It contains several advanced weaponry, including:

During his time as a zombie, Williams was nearly invulnerable to the effects of heat, cold, radiation, toxins, and disease. He possessed some degree of invulnerability, and could not be killed.

Later, Williams was given a vampire-like ability to drain the life force of his victims in order to sustain his own zombie nature, leaving his victims mummified. This power was proven ineffective to his brother Wonder Man, presumably due to their blood relationship.

For a short time, the Grim Reaper was granted even greater supernatural powers by Lloigoroth of the Nameless Ones. He used these powers to:

When he was allied with Blackheart, The Grim Reaper was given the ability to cause others to perceive life-like illusions. Such as making Wonder Man believe he had lost his hand and then had it replaced by a corpse’s hand. These illusions were extremely convincing.

“I knew then that I could bring the hell I had suffered all my life to Earth, and I did !”

Powers (while allied with Lloigoroth of the Nameless Ones only):
Sorcery: 12

Bonuses and Limitations:
Sorcery does not do bashing damage to Spirit.

Powers (while allied with Blackheart only):
Mental Illusion (ML): 12

Drawbacks:
SPR (Missing right hand), SIH of Wonder Man and The Vision), SPI, Fatal Vulnerability (loses a point of BODY every 3 hours past the first 12 if he doesn’t kill and absorb the life force of a human being).

Note:
SIH is no longer valid after the Blackheart alliance ends. 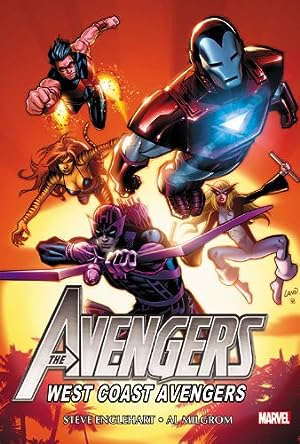