Grond’s strength and durability are unearthly. He’s also quite fast and proficient and hitting stuff and people, his four powerful arms making him even more dangerous at such reprehensible endeavours.

Potter was a small fry, a loser, a nobody and street thug. He spent his life in and out of prison and in squalid criminal operations.

He volunteered for medical experiments on prison inmates, hoping to get years off for good behavior. It was an utter catastrophe, as the medical technician injected the wrong serum, then panicked when he realized this.

Potter started to panic too and attempted to flee. During the struggle with the medical personnel he was accidentally thrown into a shelf-full of pharmaceuticals, some of them experimental, and exposed to various chemicals.

Seemingly possessed with a manic strength, he managed to escape the prison, and dove in the polluted river right as it was struck by lightning. 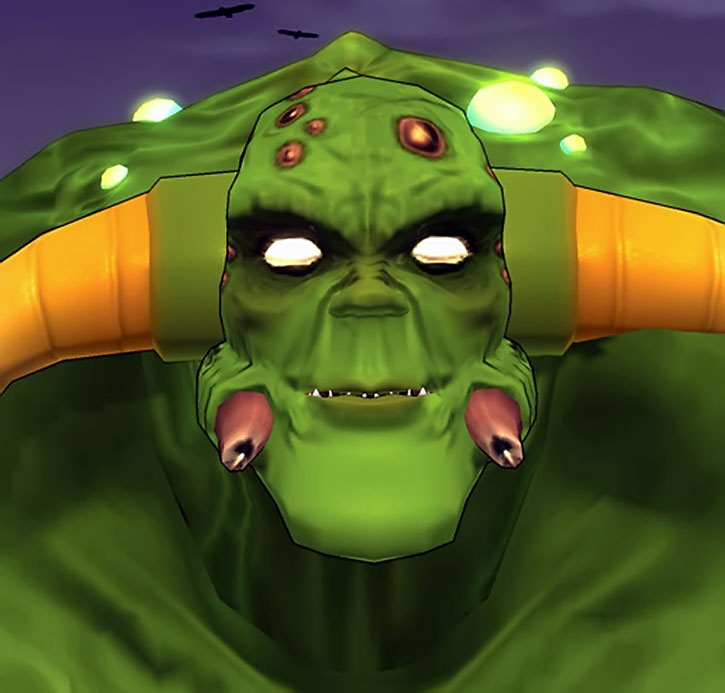 A few days later he came back as the nearly unstoppable menace calling himself Grond. Grond has become a well-known member of the superhuman scene, often being tricked an manipulated by supervillains.

He’s a brutal menace having caused dozens of death and billions of dollars in damage. Yet many heroes who fought Grond have sensed that Sidney Potter was trapped deep inside Grond’s tiny mind, screaming to get out.

Grond is a juggernaut full of childish rage. His anger his nearly constant, and he can take about as much frustration as a four years old.

He does not uses pronouns, always referring to people by their name and to himself as Grond (“Grond will smash puny Wonder Woman !” would be a basic example).

He has little understanding of tactics or anything requiring subtlety.

“Grraarrr !!! Grond will hammer skinny human ! No man is mightier than Grond !”

Grond is an archetype, and can be painlessly inserted in the DCU. His main value is that he’s simple, straightforward and familiar to many super-hero roleplayers out there.

Bonuses and Limitations:
Martial Artist is Contingent upon Extra Limbs. 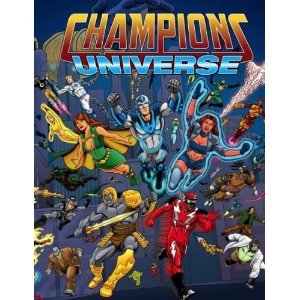 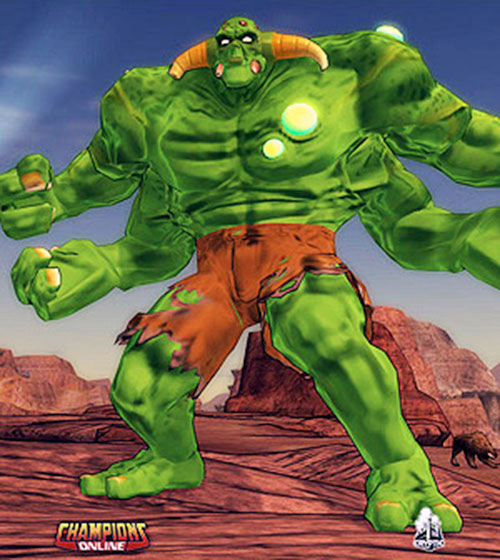 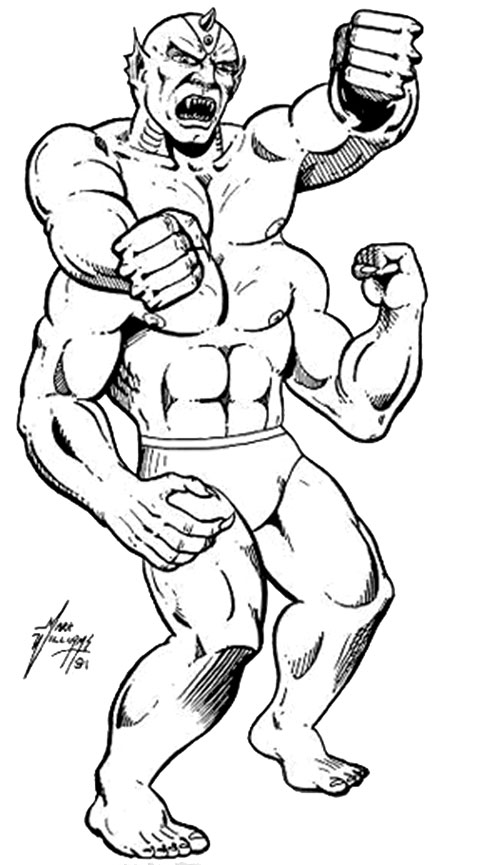 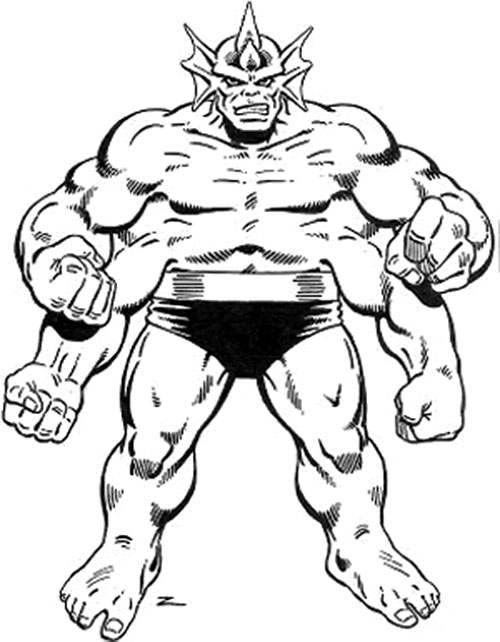