He was obviously a competent handgunner, and was described as being exceptionally healthy. He was very easy to relate to – everybody just liked him, trusted him and listened to him.

As Groundhog, he wore a large, industrial-looking exoskeleton . It was not unlike the one at the end of the Aliens movie. This was the improved version of the original work of James Hudson, intended for underground exploration but suitable for a number of military purposes. But it was still much bulkier and less powerful than later generations.

(The dates used in the History section are NOT official ones, and are just used out of convenience. See the Alpha Flight main article on writeups.org for more about this timeline).

After graduating from the police academy, Benard joined the Vancouver police department. He worked there for six years and made plainclothes detective. But in 1974, the untouchable Benard ran into problems with a corrupt cop called Dieghton and his cronies.

This situation esclaated into a back alley firefight between Det. Benard and three of his drugs-trafficking colleagues, including Dieghton.

Despite his fighting skills, Det. Benard would probably have died then and there. However, the secret government project Department H was interested in recruiting him. They had just sent an agent to make an offer. This spook, Logan, dispatched the remaining attackers. He then made Benard an offer he couldn’t refuse.

After being treated for a gunshot wound to the leg, Benard was flown to Ottawa. The Prime Minister himself  signed his transfer papers. Benard was then flown to an isolated Department H base in Thunder Bay . All he had were the clothes on his back and a small bag. It is probable that he wasn’t even allowed to return home.

Benard had been picked for his integrity and skills, but also for his exceptional constitution. Department H’s director James MacDonald Hudson wanted him to perform an exhausting role. Hudson had been refining his power armour  technology, but his prototype exoskeleton was still large and unwieldy. It was thus best operated by a man of endurance.

Since the exoskeleton had been originally designed for excavation and oil exploration, Hudson code-named Benard and the armour “Groundhog”.

Former Det. Benard was the last recruit of a unit called the Flight. The Flight was planned to become the first super-heroic team in Canada. Training started the day after he joined. But that chiefly highlighted that most of the members were rookies in the use of their powers and equipment. They had a long way to go before they’d master them.

Investigating, Benard discovered that there was a hidden team member – one Jodi Furman, code-named Stitch. Furman was mentally ill and Department H couldn’t communicate with her. Nevertheless, she took an instant liking of Benard. Though unable or unwilling to speak, she trusted Benard enough to stop hiding and participate in team activities.

The Flight had to be scrambled well before it was ready, to respond to a nuclear weaponry emergency. The criminal genius Egghead and his henchmen were operating in Canada to avoid American super-heroes. They launched a nuclear blackmail against the US using a large missile built by Egghead.

While Logan argued that sending in rookies was a grave mistake, he was overruled by Hudson. But Logan was right. Even under his leadership, the assault did not go well. Groundhog was pounded on by the Rhino, but Stitch saved his life.

Still, Egghead had set off his missile’s nuclear charge. The Flight soon realised that they had no way to stop it. Flight member Saint Elmo sacrificed himself, overtaxing his ability his ability to turn the missile into light and saving everyone as his last action.

Benard was disgusted. He also clearly saw the potential for some kind of arms race using superhumans, which could only end in horror. Mourning Saint Elmo and denouncing Hudson’s decision, he resigned. Benard told Hudson that he was ready to face any consequences – including legal responsibility for the dead and wounded police officers who had tried to assassinate him.

When Hudson protested, Benard told him to put his money where his mouth was and wear the armour himself.

Hudson arranged to have all charges against Benard dropped as he returned to civilian life. What the former Detective did next is unrevealed, though he reportedly never had any further contact with Department H.

A competent, straight arrow cop who tells it like it is and is unwilling to make any compromise. Det. Benard is a smart, courageous guy with a strong personality and unbending principles. He seemed genuinely determined to serve and protect.

Though he did his best, he lacked the training or experience to be efficient during his short time as Groundhog. It was too early for him to have a good idea of what to do and how to do it.

“You and your boys want me dead, Dieghton ? You’re going to have to work for it.”

(Failing his intimidation attempt against the Rhino) “That’s as far as you get ! You want through, you have to go through me !”

“You chucked us, raw trainees, in the deep end with a borderline psychotic for a leader and a smart guy who talks a good fight but folds under pressure ! You knew, but sent us in anyway. Sent one of us to die !”

Notes:
Det. Benard previously had a Police Rank (Detective) with the VPD. 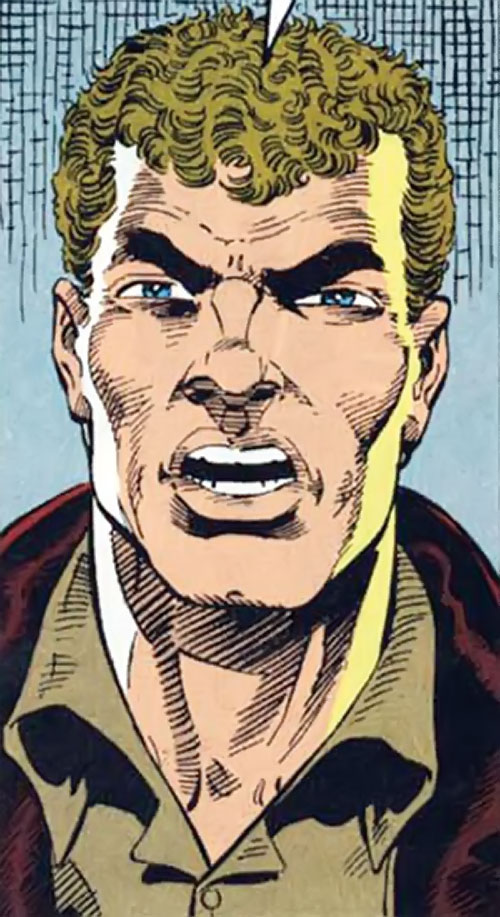 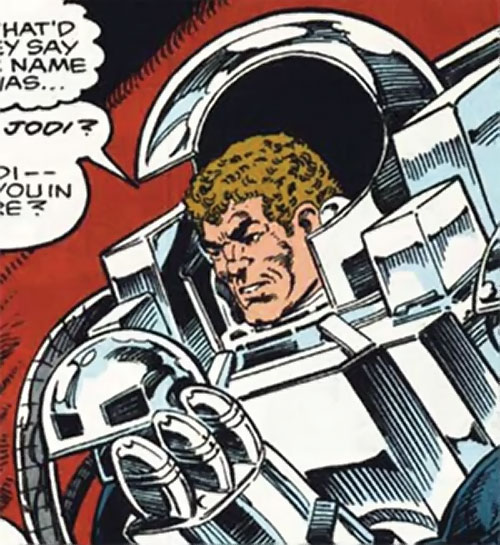 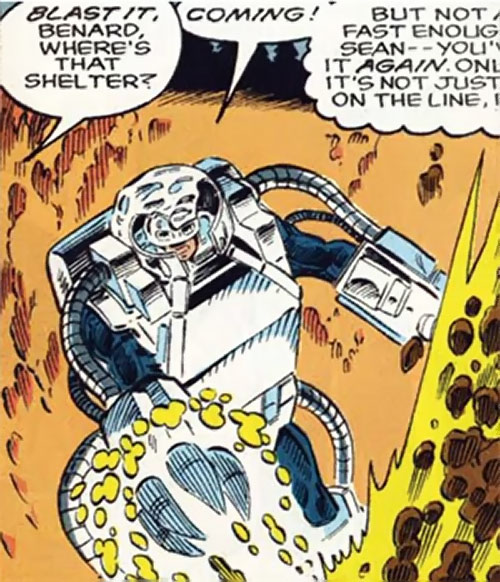 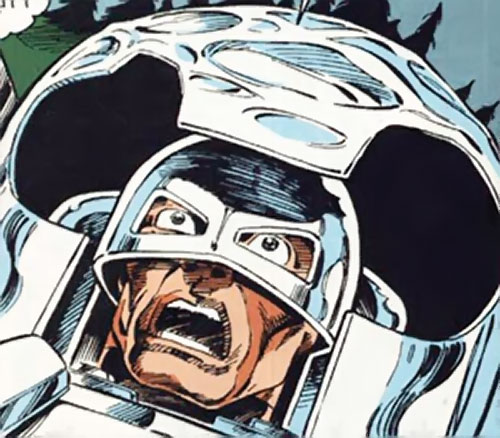