The Growing Man is a “stimuloid”. This means that it absorbs most forms of kinetic energy directed against it. Therefore, most forms of concussive impact cause it no harm.

The absorbed energy is used to stimulate the multiplication of his artificial cells. These in turn drain mass from an extradimensional  source, as with most characters using Pym particles to grow. This growth causes proportionate increase in strength and resistance to damage. 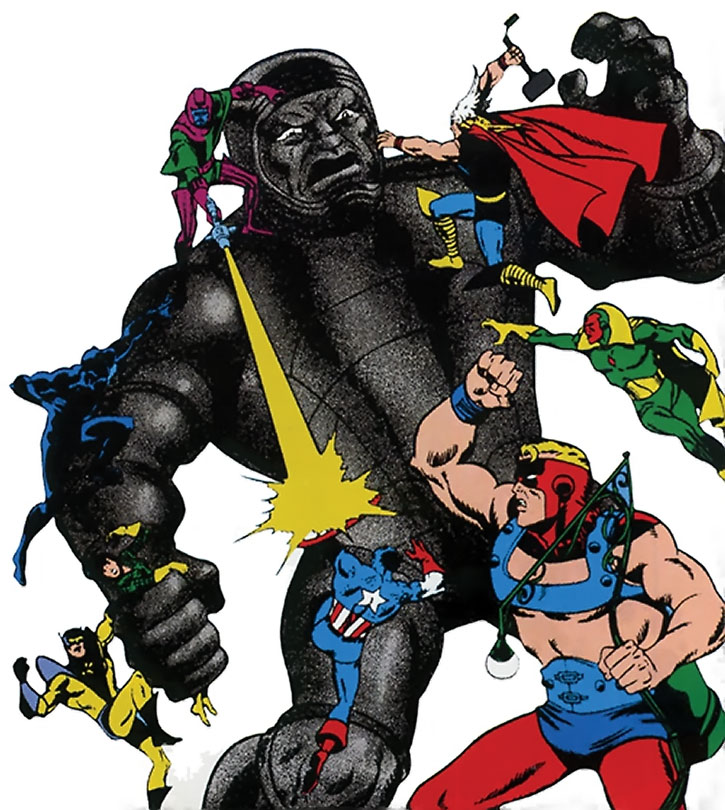 The Growing Man’s original size is that of a doll. But it can grow as tall as a ten-stories building. Presumably there is an upper limit to the size it can achieve, since its legs cannot support an unlimited weight.

Two sharp blows, or several days of ambient kinetic energy, are sufficient for the Growing Man to grow from doll-sized to man-sized. Once man-sized, it uses the stats block below.

The Growing Man is a form of android, called a stimuloid, built for Kang by captive Kosmosians.

Kang has dispatched the Growing Man against the likes of Thor, Iron Man or the assembled Avengers – and later the Thunderbolts.

At one point, he was salvaged by the Colonizers of Rigel. But Kang has either reclaimed it, or has rebuilt one.

None. He just fights, rarely speaks, and is absolutely loyal to Kang.

Kang is certainly not the only one who could get a stimuloid. Feel free to use a Growing Man-like android to equip any evil scientific genius.

After all, the players will most likely have to think to overcome him, which is a good thing. Unless they’re quite proficient at mental or spiritual attacks (and you may wish to make the Growing Man immune to those), a brute force approach cannot work.

Bonuses and Limitations:
Damage absorption does not work against attacks which have no kinetic component whatsoever, such as radiation or extreme of temperature (-1). 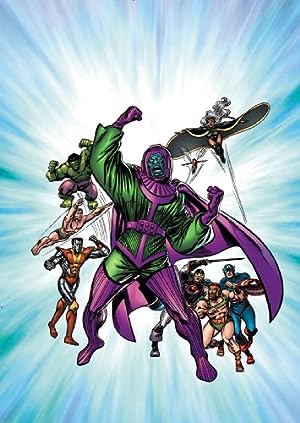 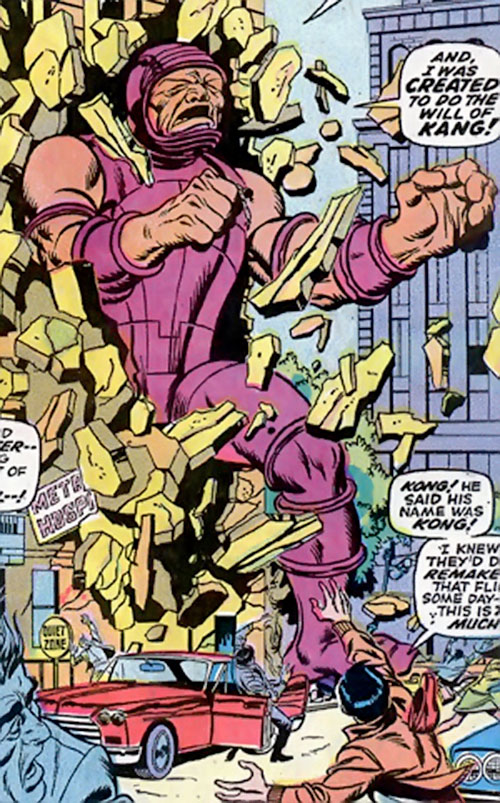