This is the most common type of robot in Latveria. Designed and built by Doctor Doom (Victor von Doom), these are the troops and guards serving as Latveria’s army. So stats would be useful for stories that involve this country.

“The Master has provided appropriate weapons… for dealing with *each* of you !”

Note:
Some robots have built-in blasters (Energy blast: 06) and trackers (Life sense: 06), which the Self-Link (Gadgetry) of the model allows for.

Drawbacks:
CIA toward protecting Doom and Latveria (in that order). 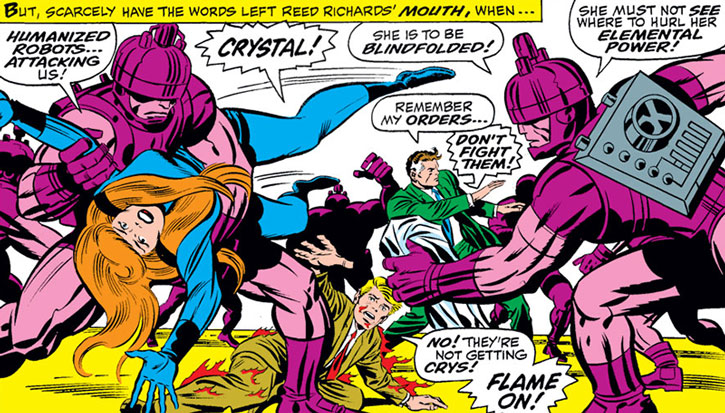 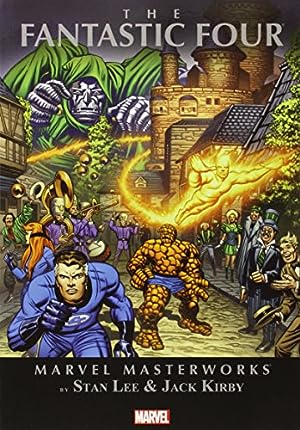 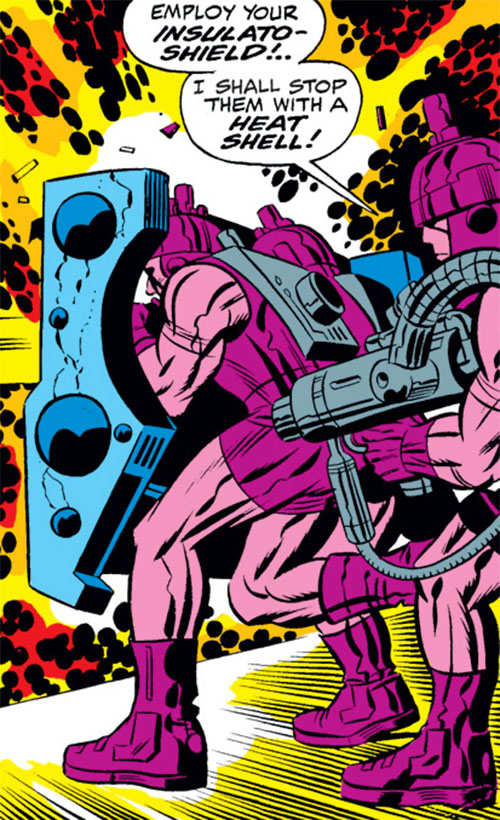