Guido is huge, and incredibly strong and durable. It seems likely that he’s a low-level superhuman. Masseria proved able to wrestle a superhumanly strong mummy to the ground for a short while.

He’s also an experienced Mafia made man and heavy, and conversant with guns and violence.

Guido is the son of Don Vitto, the godfather of the Masseria family of the New York City Mafia. He tends to act as his father’s bodyguard and prized enforcer.

In 1997, Don Vitto was kidnapped by an ancient Egyptian cult. Guido accompanied reputed wise guy Nicholas Deferro (Vitto’s nephew) to rescue both his father and U.S. Marshal Wynonna Earp. The four fought their way out of the cult’s headquarters, destroying the cult’s killer mummy.

Guido has a thick, old-school New York City accent (he says “youse” a lot). he generally appears to be a traditionalist and religious man. Guido disapproves of swearing, though of course he has no problem with bloody violence.

Although he speaks somewhat slowly and unemotionally, he’s not as dumb as he sounds. In fact, he showed excellent initiative.

Guido is extremely loyal and respectful toward his father.

He seemed fearless and doesn’t bat an eye when faced with the supernatural. He really likes guns, and enjoys picking up and using the guns of fallen opponents if they look cooler than what he’s currently packing.

(Being grabbed by the collar by a mummy) “Hey ! Dat’s my good suit, ya walkin’ roll of toilet paper !”

Sure, go ahead. Like Wynonna Earp, he has a clear Tarantinesque From dusk till dawn feel. 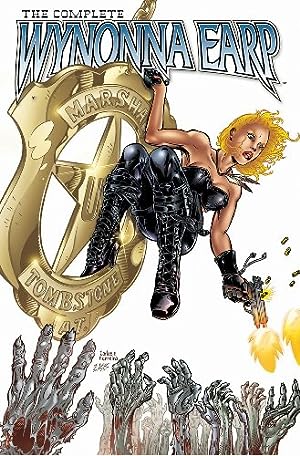 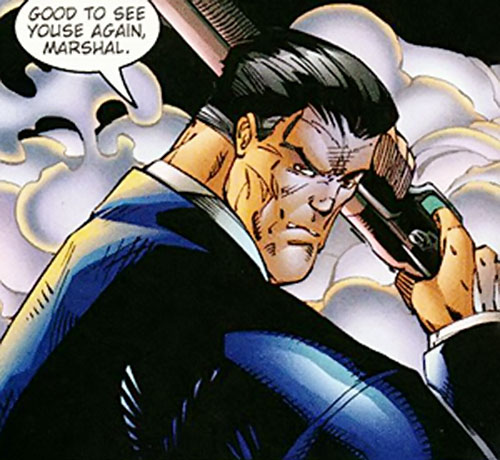