This is inspired by my Guild Wars 2 necromancer, a typical power/minions build.

Unless you know GW2 well, this profile should be read after the Elegant Fox Spirit character profile. Which presents the setting.

Unlike with Elegant Fox Spirit, I didn’t do a (mostly) straight adaptation of in-game powers and events. It’s more freeform. The pets have been merged, the weapons abstracted out, the Personal Story dropped, etc..

Ms. Ayouch’s ancestors arrived in Divinity’s Reach but one generation ago, fleeing the Charr  . They were but a group of teenagers, children and infants. The adults had remained behind to buy them time to flee.

Their only cultural heritage was thus the language.

Soraya’s mother remained single. She was in terrible health due to smoke inhalationBreathing something in as a baby. Soraya thus had to start work early.

But her community helped out, giving her an education after-hours. By the time Majida passed on, her teenage daughter was becoming a pretty good calligrapher. 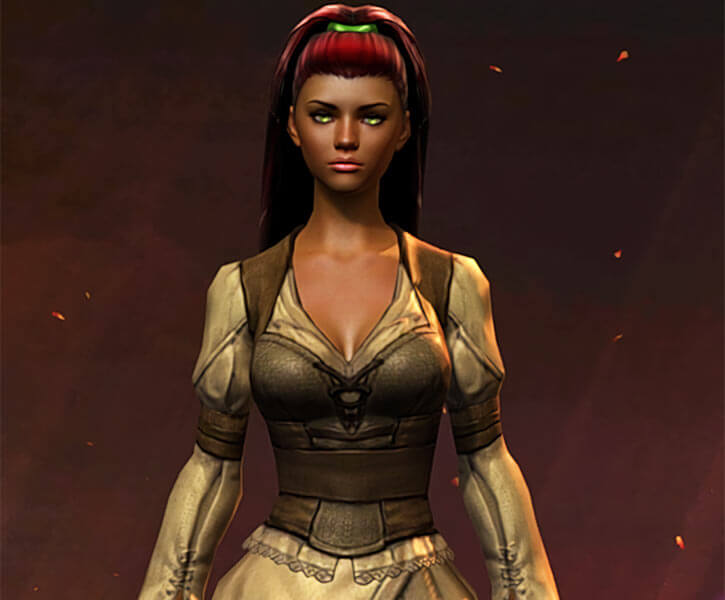 The pen is mightier than the floor cloth

As a teenager, Soraya was working as a scullery maid  for the Swansworth family. The Lady Swansworth was a renowned bibliophileA person who collects valuable books..

Ms. Ayouch tried her luck by showing her her calligraphy. As she had hoped, Soraya gradually switched from cleaning the manor to copying rare books.

Though most books were now produced using Charr printing presses, many traditionalists saw this as vulgar. Hand-copied, calligraphed books thus remained valuable objects, used in trades and sales by collectors.

Soraya then scribed the Lord Swansworth’s correspondence. She faked a masculine penmanship, which her employer couldn’t be arsed to maintain.

Some years later she was writing most missives on her own. Swansworth had many acquaintances he wanted to preserve ties with, but weren’t worth much effort.

The letters were entertaining and well-received. Though, of course, most of the anecdotes therein were entirely made up. In his correspondence, the Lord Swansworth sure came across as a thrilling fellow with an amazing life. 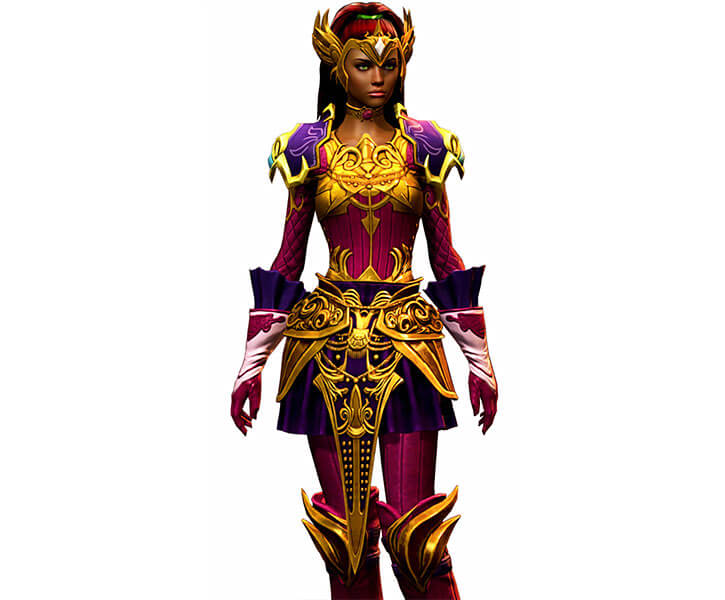 This inspired the Lady Swansworth. The maid would ghostwrite novels. These would be published under a pen name alluding to the Lord Swansworth.

She had excellent contacts with publishers. This made the operation surefire enough to generously award 5% of the benefits to Soraya.

The first novel was a big hit. However, Ms. Ayouch was now confined to a specific part of the manor. The Swansworths were afraid that she’d brag about writing the novels, making Lord Swansworth look bad.

It is thus as a prisoner that Soraya wrote a dozen successful novels over 22 years. Most of the time, her only company was a series of beloved pet rabbits.

The biggest hit was the historical Koreevar Trilogy. It was about two magician siblings living two centuries before the fall of the Human territories.

Now in her mid-40s, Ms. Ayouch requested a huge pile of research material for a follow-up to the Koreevar Trilogy. Many were rare books about magic, which even Swansworth had difficulties obtaining.

The books of secrets

The goal was indeed research. But Soraya soon realised she understood magic quite well, and could practice it.

One of the tomes was manuals in disparate languages, bound together. One of the sub-books was written in Ms. Ayouch’s mother tongue – now almost extinct.

It brilliantly detailed conjurations having to do with Grenth  , the Humans’ god of death and judgement.

The “Rayya” alias was inspired by a classic, 1970s Algerian pop song by Dahmane el Harrachi  , Ya rayah.

One nice cover was released during the late 1990s by Rachid Taha  . His version was subtly modernised, and pretty dang cool.

This caught Soraya’s attention. She intensely studied this text.

One of the spells was to bring loved ones back to this world. Lacking alternatives, Soraya used it at night on her four deceased pet rabbits. These were buried in the manor’s garden.

The spell, of course, had never been meant to be used on lagomorphsRabbits, hares, pikas and the like.. Or under a full moon, which Soraya assumed would “work better”.

Dead is the new alive

The four creatures that rose from the garden graves were but bones and dust. They were also too small and tiny-brained to form a risen creature.

The result was thus four small clouds of icy darkness with glowing eyes. Which soon merged with each other.

The result was an ox-sized cloud of smoking darkness, with eight burning eyes. This semi-material construct was quite fond of Soraya, having decades of memories of being a series of cherished pets. 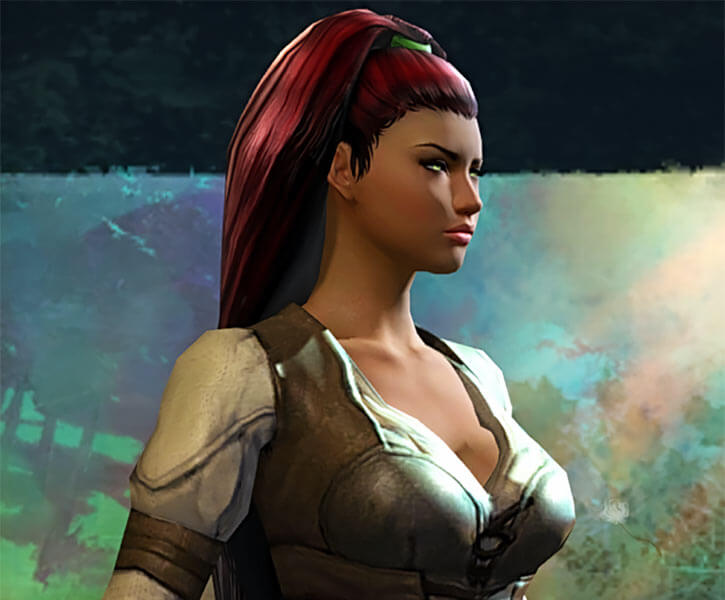 Run to the hills

The creature could absorb lifeforce released by a nearby death, and use it to strengthen itself or its mistress.

However, Ms. Ayouch had no idea what to do with it. And no intent to kill anyone.

But it looked scary. On an impulse, the middle-aged writer ran from the manor, intimidating the house guards out of her way with her “demon”.

A plan would have been good, na’am…

Soraya thus ended outside of the city’s walls with :

In a light haze, she stumbled upon a pack of large lakeshore reptiles  attacking a patrol.

She reflexively sent her creature in to help the soldiers. It killed two animals, and absorbed the lifeforce from two more being killed by the troopers.

As Ms. Ayouch came in to see if the soldiers were okay, the darkness creature returned to her to be petted. She absent-mindedly touched it, and her pet infused her hand with the lifeforce taken during the fight.

As it spread in the hand and forearm the skin became smooth again, the muscle built back, the slight pain in the joints went away, the writer’s callus receded, the veins became much less visible.

Suddenly, the plan was obvious. 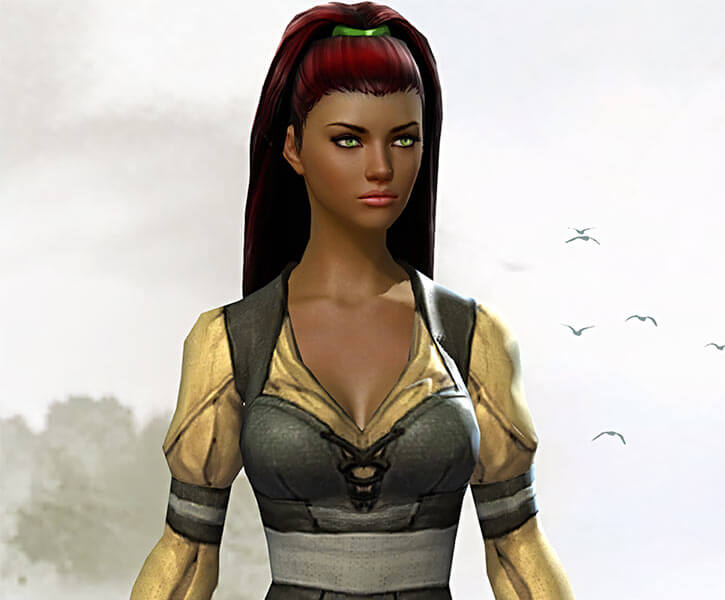 Originally, Soraya was a sort of mercenary field medic. She supported soldiers and militias defending the Human lands.

She didn’t fight, but the rabbits drained the lifeforce from the dead. She’d then use some of it to magically heal the wounded on her side.

Over the months, she used the extra lifeforce to roll back her aging, and the wear and tear. She also made herself over-the-top beautiful, and physically powerful.

With her experience and confidence rising, she stopped being plain old Soraya Ayouch. She now called herself Rayya Manticora.

She completely moved on from her old life. Which left the Swansworth having to deal with angry fans demanding the release of the sequels to the Koreevar trilogy. Is there a worse fate ?

Ironically, it never occurred to Rayya to claim to be the real author behind the famous novels.

Over time, Rayya Manticora became part of the select scene of adventurers working with Her Majesty’s secret services and military.

She also branched out, developing ties in the Grove  and in Rata Sum  .

This in turn led to being contacted by agents of the Durmand Priory  . The Priory is a sort of elite, international, interracial, apolitical research agency.

They research any sort of knowledge — historical, magical, technological — that can be used to fight the Elder Dragons.

(There’s a primer about the Elder Dragons in our Eir Stegalkin character profile.)

Rayya’s primary asset is her, hmm, merged rabbit wraiths. She just calls them أَرَانِب (“Hahrahnleeb”, “the rabbits”). In life and individually they went by Parch’m, Vellum, Papyr and Lokta.

This gestaltIn this context, several creatures fusing to form a new entity has limited intelligence. But it can attack to defend Rayya, or attack along with her.

These are four creatures in one. And each will extrude different shadow appendages from the central darkness, working these independently from the others.

Drained lifeforce can be used to heal the rabbits, Rayya, or a person Ms. Ayouch designates. Excess lifeforce can be focused by Rayya to permanently modify her body, up to and including superhuman abilities.

Though Ms. Manticora doesn’t really know how to fight, the “claws” are redoubtable. She just has to wave her hands at her target to shred them with great reach and speed. Defending against this is also quite difficult.

Soraya is a skilled fiction writer, mostly known for her historical novels. Well, on Kryta they’re history – on Earth we’d consider them fantasy. Plotting is her main strength.

Her writerly research has made her a passable historian, mostly knowledgeable about Human noble lineages. She is studying with the Priory to become an actual academic.

Her people skills aren’t the best. She had little contact with others for more than 20 years, and hasn’t managed yet to get back on the saddle.

Ms. Ayouch is a highly practiced calligrapher, and a good storyteller.

Oh, and she also knows stuff about pet rabbits  . 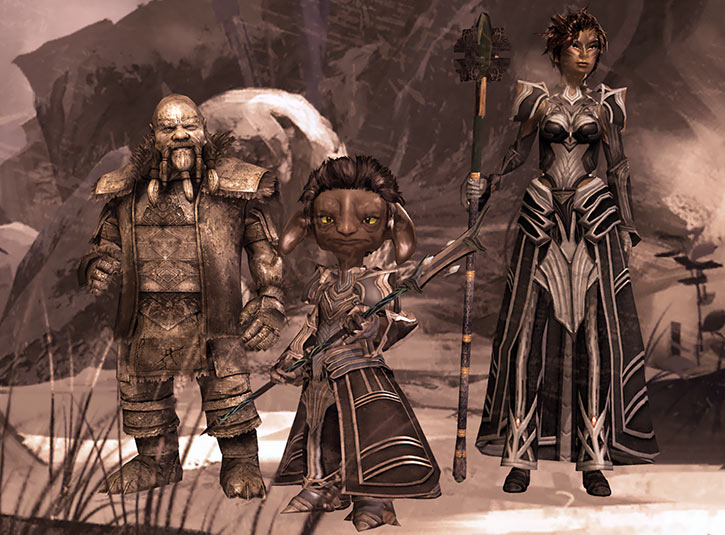 Leadership of the Durmand Priory.

She now doesn’t look a day over 20. And has poured a lot of life energy to achieve her ideal of beauty and sex appeal.

She’s taking her revenge for 20+ years of imprisonment, and a lifetime of menial chores breaking her body. So the word “overkill” absolutely comes to mind. Her lifeforce manipulation resulted in :

In the same vein, she often sports a sort of fantasy cartoon warrior princess costume. With lots of purples, pinks and golds, and jewels, and a tiara. A winged tiara.

It’s a bit reminiscent of a Star Sapphire outfit. Albeit with practical and covering outdoors clothes.

Other outfits are more subdued, but there’s always a “power princess” vibe to them. 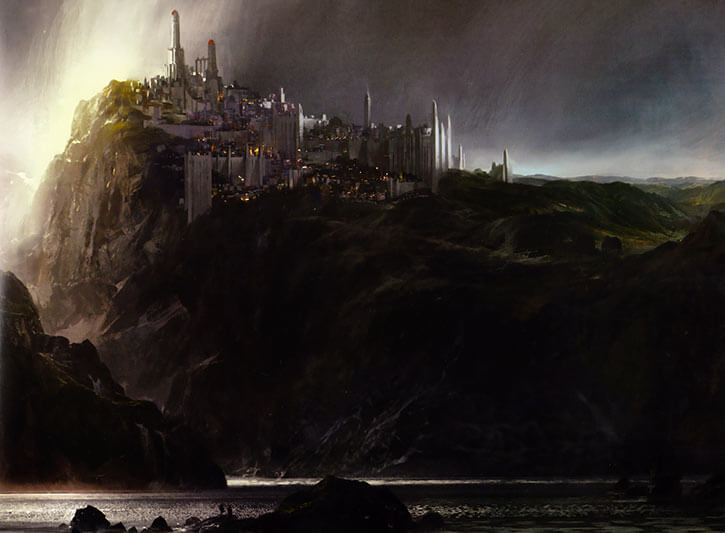 She has a particular interest in local History, albeit still seen through a queens-and-battles prism.

She went through a long, obsessive all-the-lifeforce-is-miiine phase. But now that she’s young again, ridiculously attractive and quite powerful, she manages it more rationally.

For all the flash, she tends to be more of a loner.

Rayya isn’t a terribly practical person. She tends to daydream, and to be oblivious about pragmatic, worldly solutions to her problems. 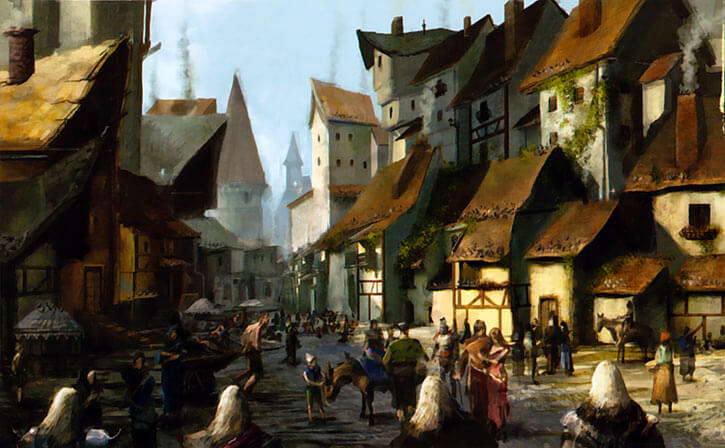 This is the character circa level 40, using an axe/warhorn combo. She’s thus a bit more powerful than Elegant Fox Spirit in her first profile.

Most of my builds use mostly passives, since I can’t handle pianist-style Elementalist or Engineer gameplay. Here it’s a straight Power Minion necro build that powers through most situations with her 2, 5 and AI minions.

I have left out the potent shroud abilities for now. If I ever do a part #2 that’d become part of the stats. Since it’d cover the part where she can deploy her Spite specialisation.

Running represents her Signet of the Locust and using her horn’s 5 for Swiftness. The Life Support abstracts away the respirator.

No Attractive. She doesn’t have the people skills to leverage her augmented attractiveness.

Source of Character: Inspired by a GW2 PC.