Gunslinger is a minor character in the Astro City comic books. He appeared early on, in 1997.

While he was seen but briefly, he seemed too useful not to write up.

Gunslinger is a mob assassin.

His signature weapon is a pair of hand-crafted, futuristic energy pistols. From the impacts these left in walls they seem about as damaging as a .50 BMG bullet, though they didn’t hurt the superhumanly durable Confessor (Jeremiah Parrish).

His aim is helped by a HUD-style visor.

His costume seems to be reinforced to prevent minor damage. His boots include small jets.

The latter is intended as an escape measure and to protect against falls. They don’t provide much speed or power, and have but a minute or two of fuel. A typical use case is leaping from a tall building and landing several hundred metres away.

The Gunslinger’s gloves and holsters include teleportation circuitry. If disarmed, he can slap his holsters and have his guns teleport back into his gloved hands a few seconds later.

Back during the US invasion of Việt Nam, an unspecified squad in the Charlie Company of an unspecified battalion became heavily involved in heroin smuggling. They developed a deadly reputation, especially after they murdered their sergeant – who didn’t want to join the smuggling ring.

As it turned out, the sarge had married a local. She was pregnant when she was widowed. Her son would eventually come to America as the Gunslinger in 1997, to kill his father’s murderers and their accomplices.

Gunslinger’s costume had a distinct Latin American style and he occasionally used Spanish words. The simplest hypothesis is that his dad was Latino-American.

But it also seems possible that he worked with major providers of heroin in the US, such as Colombia or Mexico. Perhaps he needed to build up his experience and his contacts so as to finally locate the men he was after.

Most of the surviving murderers were in Astro City. The Gunslinger killed five of them in as many weeks before the Confessor (Jeremiah Parrish) deduced the pattern. The Confessor and Altar Boy narrowly took down the Gunslinger, putting an end to his bloody vengeance.

Though he’s a merciless killer, Gunslinger sees himself as a good guy on a mission of justice. The men he’s after have escaped punishment for as long as he’s been alive, and he thus doesn’t trust the system to ever do its job.

However, he’s got a temper. Thus, after a few confrontations he decided to just shoot the Confessor dead to be rid of him.

“That’s the way, boy. Throw yourself into death — be cannon-fodder for the old men ! That’s the way you do it in this country, isn’t it ?” 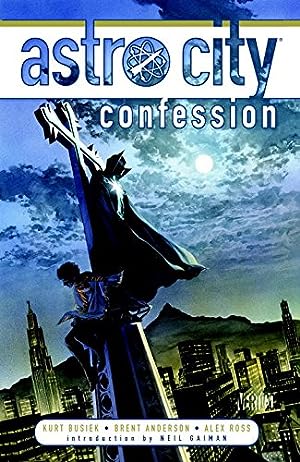