A humanoid worm, El Gusano is a fairly large, strong and durable humanoid. He also can rapidly burrow through the earth.

A crime boss working for Boss Glitter, El Gusano ran the South Side of Delta City. But when King Mambo was arrested after the Heckler interfered in his affairs, Boss Glitter gave El Gusano his Beach District operation to oversee, too.

Expecting the Heckler to come after him, El Gusano prepared for him. He even arranged large neon signs to direct the Heckler to him. So he wasn’t in the best of moods when the Heckler phoned to say he was lost and wanted directions. He then became enraged when he realised the Heckler was using his own car phone to make the call from just outside.

El Gusano quickly reached the Heckler, and sent him flying for a good mile. Catching up to him by the time he’d recovered from the impact, but found the Heckler a harder target. El Gusano’s rage mounted under a barrage of Heckles.

Eventually he was enraged enough to follow the Heckler onto a large carnival slide. The Heckler manoeuvred him into falling down the slide without a mat, and through a few nearby buildings. He left El Gusano insensate for the police.

A fairly straightforward thug with pretensions of intelligence. He doesn’t seem to have as much of a grasp of the concept of subtlety as he believes he does, approaching problems head on.

El Gusano doesn’t appear to be greedy, being initially unwilling to accept control over the Beach District. But Boss Glitter forced him to accept it.

El Gusano prefers to travel under the ground, and really doesn’t like being too far off the ground. So he has to be really enraged to voluntarily climb anywhere.

“My name is El Gusano. I have taken over the clients of King Mambo. From now on you will make your payments to me. Now, now, we understand that times are difficult. And, as you know, Boss Glitter is always happy to arrange a payment schedule to fit your budgeting needs. So, if you ever find yourself unable to make a payment… for god’s sake, give us a call. We are eager to work with you.”

El Gusano: “Perhaps it is Señor Glitter once again. Tell him I am not in.”
Henchman: “Gotcha.”
El Gusano: “I grow weary of his meddling. He has no appreciation of the cerebral approach I employ.”
[Less than a minute later]
El Gusano: “My car phone ! That insect is calling from my car phone ! He’s broken into my car ! I’ll murder him !” [Storms off]
Henchman: “Well, I’m glad we’re being cerebral about dis.”

Bonuses and Limitations:
Density Increase and Growth are Always On and are Already Factored In (-1). 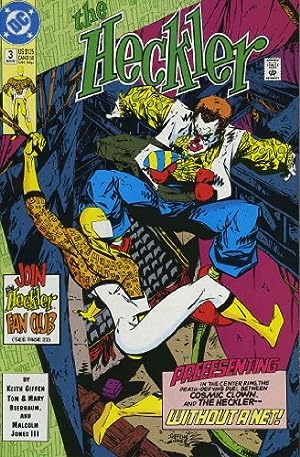 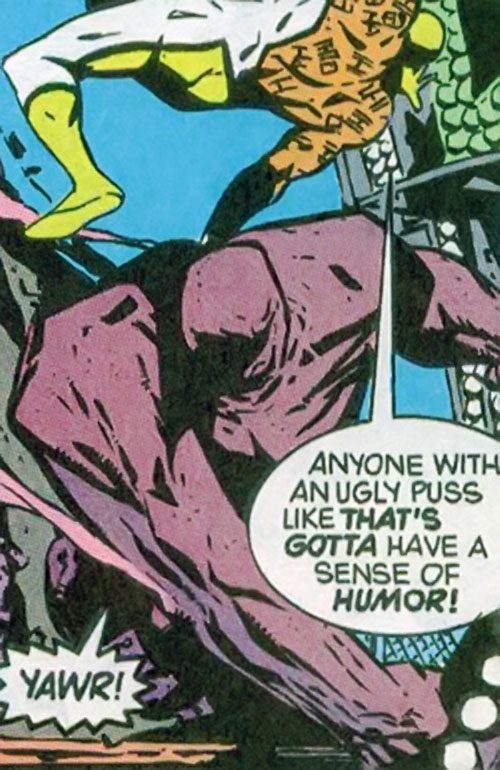 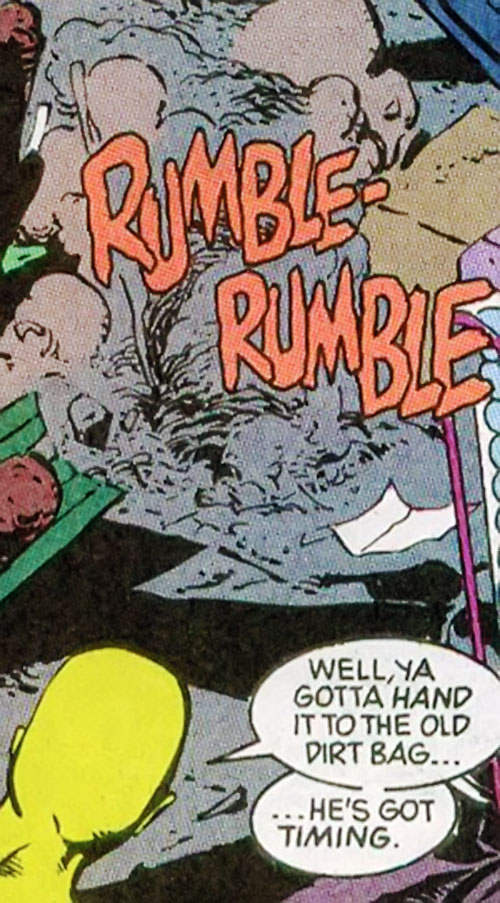