The Hammer is the super-strong co-protagonist in the 2021 film Thunder Force.

This profile is intended to be read after the character profile for her partner, Bingo.

Since the super-strength injections, Lydia is incredibly strong. Estimated to be able to lift 20,000 lbs. (9 tonnes). But this estimate turned out to be much lower than what she demonstrated.

Besides her strength she has:

For what it’s worth, she got a few weeks of boxing training too.

Her super suit is very resilient. While still early in her career, The Hammer comically took cover when being shot at. Bullets bouncing off her as she went.

Being a forklift operator gives her a slew of on-the-job skills. That includes knowledge of construction and various hand tools.

See the Bingo (Emily Stanton) character profile for details on their story together.

It’s Melissa McCarthy. Lydia is a Caucasian woman in her late forties with red wavy hair.

Like Bingo, The Hammer wears a black and blue Thunder Force super-suit with a silvered emblem on the chest. Her face is uncovered. 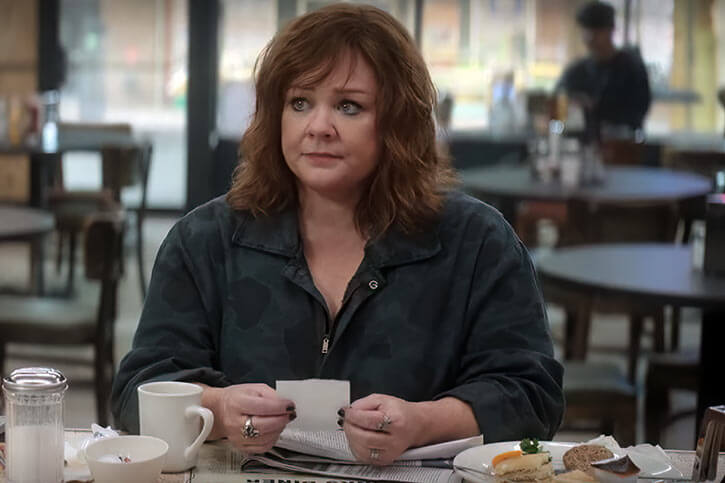 Lydia is the kind of friend you want in your corner. When she’s on your side, she’ll go to any lengths to protect you. And she’s a friend for life.

Her constant joking can also get her in trouble, for instance talking about someone while they’re still on the phone.

Though she’s a total wreck at times, she wants to be accepted anyway and forgiven for any mistake. This is how she sees friendship. She will always forgive her friends unconditionally.

She likes beer! And since she grew up in Chicago her choice is “Old Style Pilsner”. 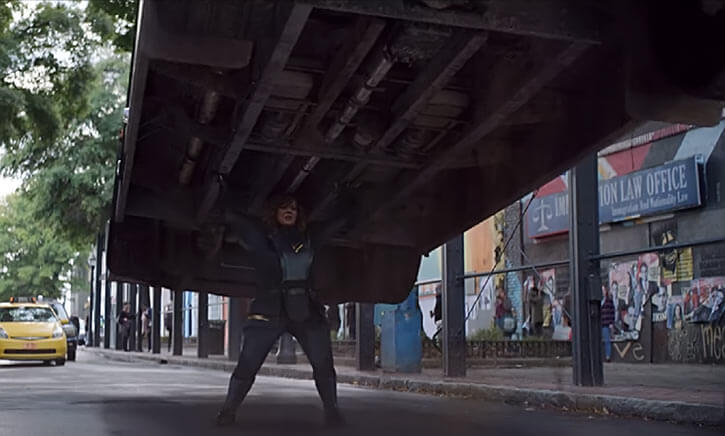 “I can’t hear you because I’m literally throwing a bus !””

The Hammer: “Oooh, this suit is getting ripe. I gotta wash it.”
Bingo: “You can’t wash it.”

The Hammer: “How do we roll, Chicago?”
The crowd all together: “Like thunder !”

“Listen to what your mom says. I wish I always had.”

Frank, at the Diner (High). 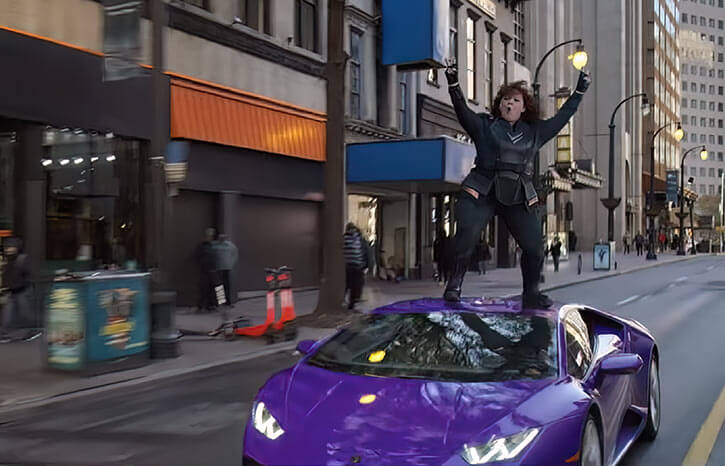 Lydia had trouble identifying spoiled milk by smell. This made me wonder if this should be a Minor Physical Restriction. It’s left out for now since there is no other data.

After the injections, her tastes change too. She says nothing tastes right. We don’t know if this has a lasting effect or if it wears off. The only thing we’re sure of is the (gag) raw chicken.

In her fight against The King, she seemed to be going all out at the start of the fight and winning. She burned out quickly though and The King turns the corner, out-fighting her even though she’s stronger.

To me, she burned through her HPs while he’s offsetting it by matching for RV. He has more HPs and as she slows; he turns up his attack.

This sets her STR at 16 – 19! I’ve settled on 17 because of Genre rules. Covering bases if she needs to push her STR to accomplish the feat. The “Gritty” genre can push a max of 02 APs while the genres to the left of that are unlimited.