Unless you are highly familiar with Mass Effect, we recommend reading these articles first.

This article’s main illustration is by Unusualsuspex , using Bioware assets.

Early during her mission Shepard recovers this prototype hovercraft from a deserted Cerberus base. It seems to be an Alliance prototype stolen by Cerberus .

The exact battlefield role of the Hammerhead isn’t entirely clear. It seems that the vehicle is at an early stage of development and is still missing some important systems.

The M44 is only deployed for a few specific missions.

This vehicle seems to occupy the same general niche as the M35 Mako – an agile scouting vehicle with a big gun.

Since it floats over the ground it can handle terrain that even the Mako couldn’t (presumably including some low-density terrains such as liquids and thick gas). It also has the ability to “jump” by supercharging its engine to increase lift for a few seconds.

The turret can rapid-fire guided mini-missiles. Perhaps the same ammunition used by the man-portable ML-77 launcher.

Efficient doctrines thus include “peek-a-boo” attacks (popping from behind cover using the jump function and launching a volley of missiles in the direction of the target) and drive-by shooting.

The missiles will generally hit as long as they’ve been launched in the direction of the target, though they are best aimed several metres above the target to avoid hitting obstacles – and to hit the target from above.

The hull is armoured and is equipped with a powerful repair system. Apparently the idea was to avoid the energy signature that comes with Mass Effect-based kinetic shield, and count on the Hammerhead’s speed and agility to only take a few hits that can be repaired once the battle’s over.

In practice the Hammerhead is at this stage under-armoured, and a careless pilot is unlikely to achieve much in a real fight before being shot to pieces. 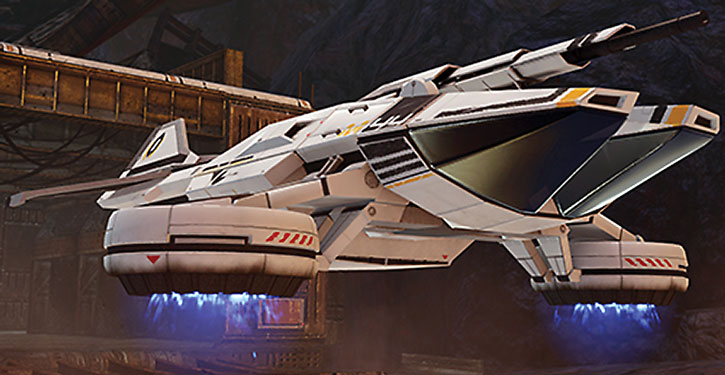 The Hammerhead has some sort of system that probes the ground and can very quickly mine heavy metals that are close to the surface. It is possible that the Hammerhead includes a micro-factory that provides spare armour plating and parts for the repair system, and can build mini-missiles.

The idea may have been to test a vehicle that can “live off the land” during extended operations, but the concept seems of dubious military value.

With a runway (and ideally a ramp), going full throttle and setting the jump function to full burn, the Hammerhead camp jump high enough in the atmosphere to be scooped by the SR2. One assumes that it burns a lot of fuel and that the scooping has to be computer-guided. How high the Hammerhead can jump is unknown.

At this stage, the engines tend to suffer from intense cold (and presumably particles, exotic gas, corrosives and the like), making deployment on harsh worlds a terrible idea unless the mission is very short.

The Hammerhead comes with a VI  with full vocal capabilities, which operates the sensors, the repair system and the “mining” system. It has a male voice and is generally helpful.

The sensors and the VI seem quite sophisticated, reinforcing the impression that the M44 is primarily a scouting/recon/intelligence vehicle.

Some remarks the M44 makes (such as inviting “organic lifeforms” to “take note of an aesthetically pleasing view”) give the impression that it might have some illegal AI-like features rather than being a strict VI. 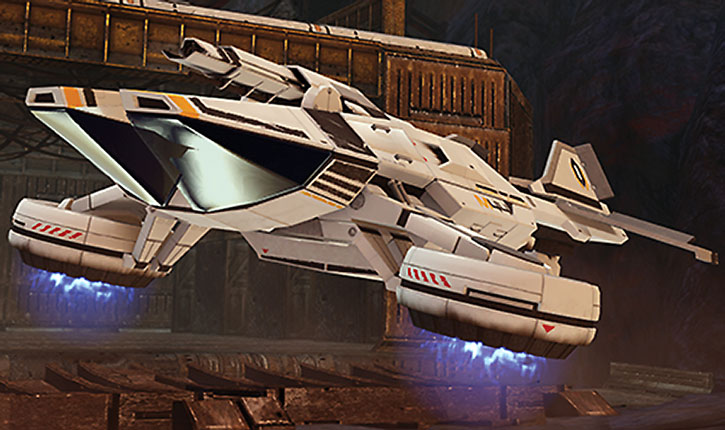 The M44 doesn’t interact at length with characters during the game, making it difficult to benchmark. However, we can hazard the following guesses based on the stats for the M35 Mako : 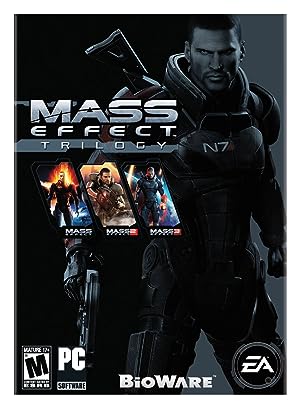