Although it was never stated outright, Hana seems to be one of the few human/Atlantean hybrids in the modern world. Her skin is not blue, and she can breathe air as well as water.

Unlike some other hybrids (Namor, Namora and Namorita), her strength does not seem to be well above the Atlantean norm.But her speed and agility are remarkable, and she is an excellent acrobat.

She also can filter enough air from water to support a non-water-breathing companion underwater, using mouth-to-mouth.

Hana is a part of Namor’s elite guard. Namor trusted her and her skills enough to let her handle a solo mission to protect Captain America. She speaks perfectly fluent English and is familiar with US cultures.

Hana is part of the praetorian guard of King Namor of Atlantis. She apparently is one of his trusted special agents.

Some years or decades back, she acted as an envoy to the rival underseas kingdom of Lemuria. During her mission, she came to meet with a dangerous Lemurian official, the sinister Interrogator. The Interrogator attempted to convince Hana to bring him Captain America (Steve Rogers) – as she could breathe air and move on the surface.

When she refused to do his bidding, he had clones covertly generated from a fragment of Hana’s skin attack the Atlantean. The Atlantean barely escaped Lemuria.

In 2003, Namor learned that the Interrogator had been contracted to brainwash Captain America. He detailed Hana to act as a bodyguard to Rogers, as she had the best set of skills, experiences and abilities for the job. However, she wasn’t to identify herself as an agent of the Atlantean throne to avoid tipping off whoever had hired the Interrogator.

Hana got in just in time to prevent Captain America from drowning, and help him fight off the drugs he had been injected with. She then stuck by him. Though it was obvious she had a secret agenda, Rogers chose to let her. The Atlantean grew romantically interested in him, but though Cap liked her no real chemistry sparked on his side. 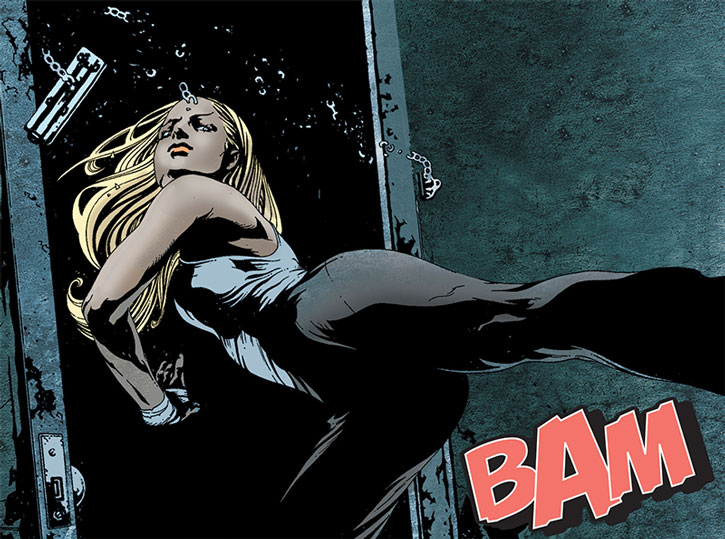 During this time, Cap discovered evidence of a governmental conspiracy against him and Bucky during World War Two. According to these documents, Steve Rogers and James Barnes had been cryogenically frozen and implanted with false memories. This had been done out of fear that they would turn against the government in opposition to the atomic bombing of Japanese cities.

This information hit Rogers hard, as his morale had already been damaged by the 9/11 attacks. However, Hana’s tenderness and friendship helped him overcome depression and continue investigating.

Cap and Hana located the elderly General Phillips in a retirement home. He seemed to confirm the existence of the conspiracy. Several of the Interrogator’s Hana clones attacked and killed the old man, and Cap decided to invade Lemuria to avenge Phillips. Knowing that she couldn’t protect Cap against the Interrogator by herself, Hana covertly warned her King. 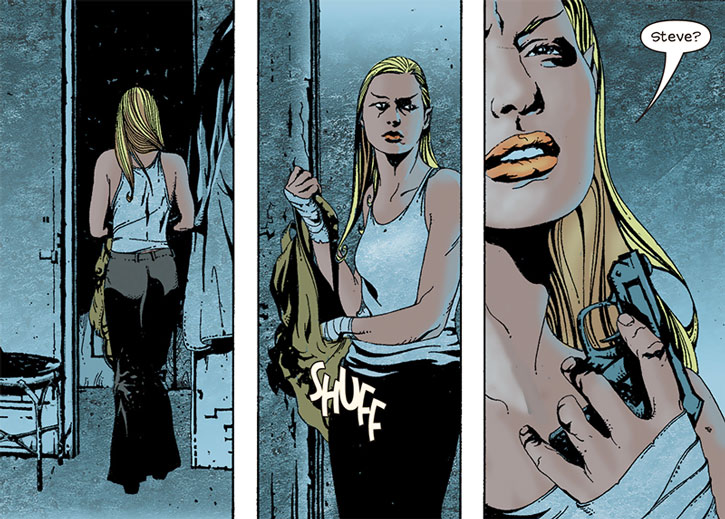 The Interrogator did get the drop on Captain America using hallucination-inducing neural probes. But Namor and his troops came in in time. As he fought off the hallucinations, Cap attempted to disarm the Interrogator, which accidentally killed him. Before dying the Lemurian stated that he had been hired by the US government to manipulate Rogers into becoming more of a killer.

With her job done, Hana was regretfully removed from her Captain America detail. She returned to Atlantis with her liege.

Hana looks a bit like Namorita, at least to surface persons. It may just be a combination of Atlantean features, pointed ears and long blonde hair, though there could easily be something more there.

Hana is a direct, caring, independent woman with a mysterious side. She’s smart and competent, and didn’t even try to fool Captain America into believing she was not serving an agenda. In fact she often teased him when he noted that her presence when he almost drowned, her command of English, etc. were just *too* big a coincidence.

She has a good sense of humor, though she was surprised Cap could out-acrobatics her when she accompanied him to a training session. Despite her strong attraction toward Rogers, she remained very professional.

Though she could feel that Rogers did not love her, Hana genuinely cared for him. She was an important source of emotional support as Cap was wracked with doubts.

(Hugging Cap as he reflects upon his shield) “I wish I could protect your heart the way this protects your body.”

Hana’s niche is probably too close to Dolphin’s.

Drawbacks:
Attack vulnerability (dehydration attacks, -1 CS), Power Loss (Hana loses two APs of STR and one AP of BODY when outside of water).

Equipment:
Hana at one point produced what looked like a holdout pistol. It is unclear if she procured a firearm on dry land or — more likely — it was actually a compact Atlantean energy pistol looking more or less like a drylander gun. 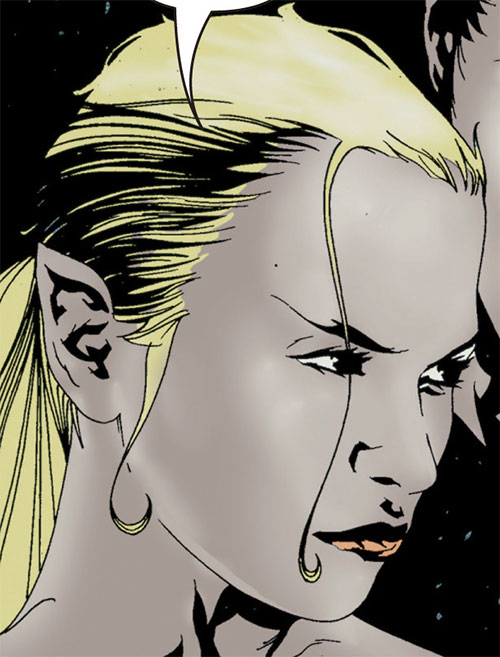 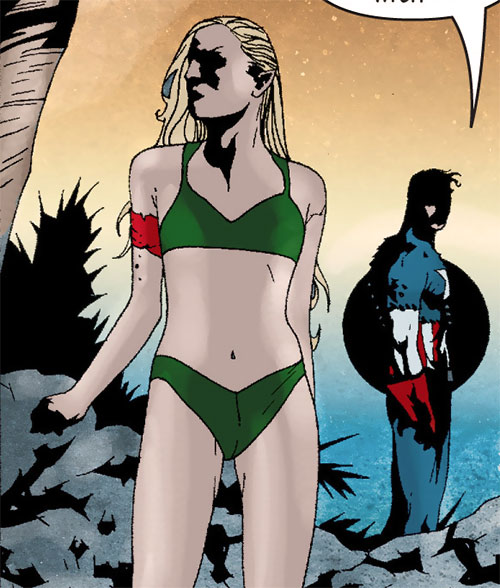 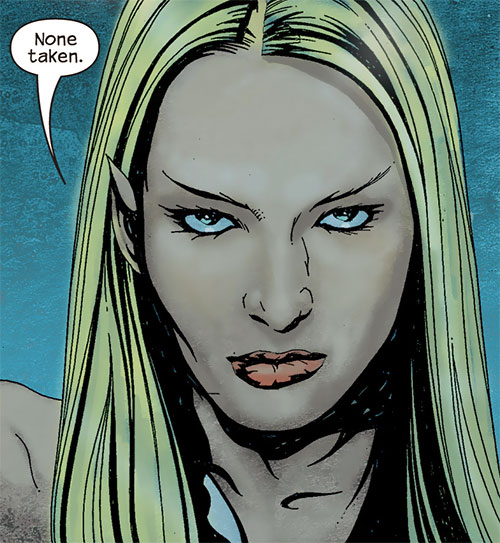