(I would see it less as “controversial” and more as [string of expletives deleted] – disabled ed.).

This profile is based on the few of the skits I could find on Youtube. Episodes: The adventures of Handi-boy: how he was made, Loses his powers (Season 4, episode 8); Handi-Man and the Tiny Avenger the Handi-man sequel Part 1 – Handi Man: The Justice Legion of America, Handi man’s evil twin.

Handi man also has a similar weakness, Superman has Kryptonite so Handi-Man has “Kripple-nite”.

He also has a Handi Belt (Utility Belt). It holds a grappling hook and line and a time-reversing device that actually de-ages Handi Man for a short time. 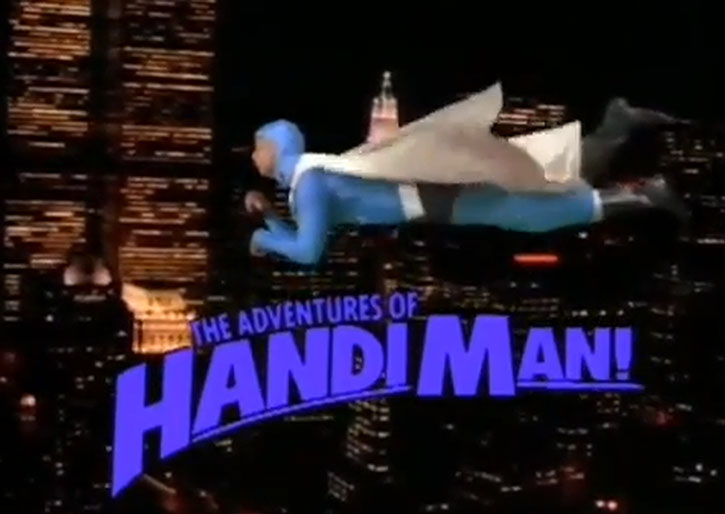 Handi Man is called to action by a huge Handicap Signal in the sky much like the Bat Signal.

In Handi-Man’s case his disability doesn’t really affect him much – not like it normally would. Handi Man is uncoordinated and constantly drools but other than that can act like most able-bodied persons.

Handi Man also possesses a transcendent awareness of his own identity as a television character. He knows that he’s living in a television universe, watched by TV viewers.

Others around him don’t seem to take notice at all of this odd behavior. Winking, or saluting those watching but sometimes looking directly in the camera and making statements obviously for an audience to hear.

Clark Bent was born on the planet Palsy. Just before the planet exploded he was sent to the Earth in a wheel chair. 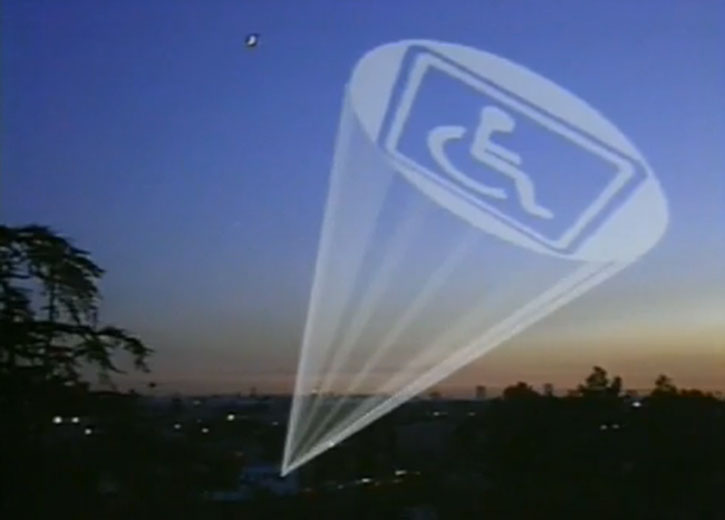 Raised by an average white middle-class American family, Clark demonstrated super strength even as a baby. He was made fun of by his peers because of his disability and slurred speech.

Clark’s real parents made his Earth parents promise to give Clark a gift from them – but only after his 8th birthday. The gift was a message from his real father and a vial of blue liquid that once drank transformed him into Handi-Boy.

He would grow to be the hero Handi Man and put his powers to use protecting the handicapped. He took a low level job at the Daily Glove.

Handi-man wears an open faced full blue and white costume complete with cape. There is a white wheelchair sign on his chest and he wears no gloves.

Handi-man’s posture causes him to stand with toes pointed inward and his hands bent close to his body. His mouth droops on one side causing him to drool and constantly wipe it away.

Handi-man is going to tell you who he is and what his purpose is upon arrival. ”I’m Handi-man, I protect the handicapped.” 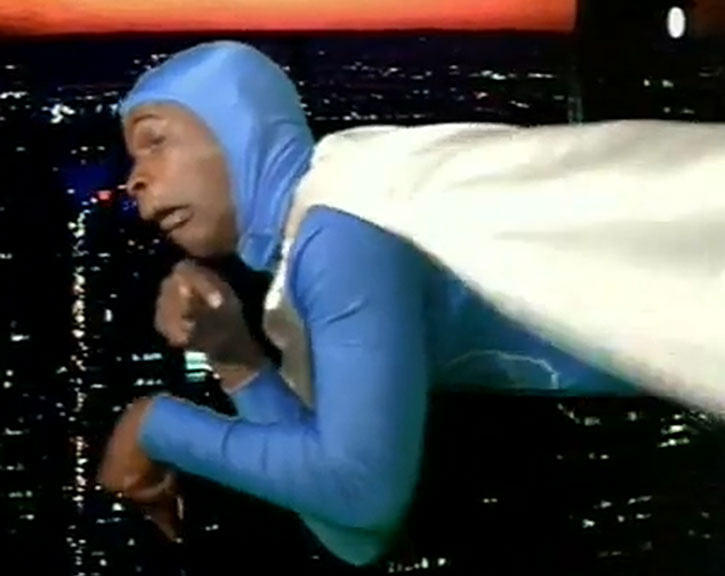 In his personal life he would love to find the girl of his dreams. But he would never let that dream get in the way of his super-heroics.

Handi-man has teamed up with the Tiny Avenger on a few occasions. He even attempted to join the Justice Legion of America. Handi-man declined their invitation to join, concluding that a team like the Justice Legion would only take time away from his real calling of aiding the physically challenged.

“Never underestimate the powers of the handicapped.”

Clark: “You mean you’re not my real mommy and daddy ?”
Adoptive Father: (Laughing) “Not by a long shot !”

“Uh-oh ! Looks like somebody’s about ready to join the ranks of the disabled !”

“I’m Handi Man. I protect and defend the physically challenged.”

There is certainly no one like Handi-man in the DC Universe. 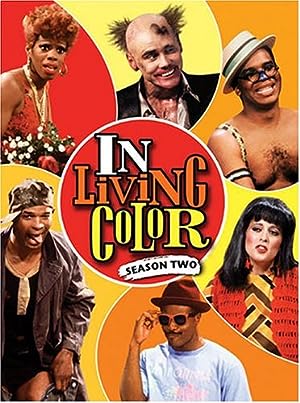 Collected In Living Color on DVD (the character appears in seasons 2, 3, 4) 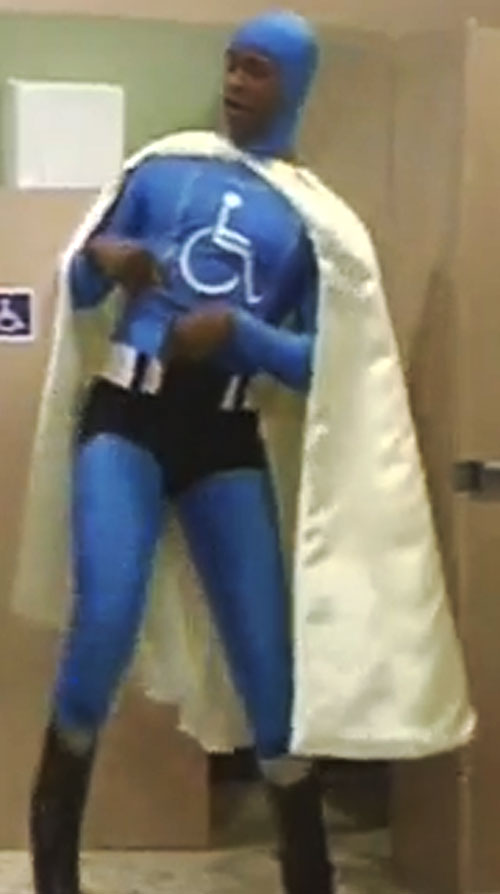 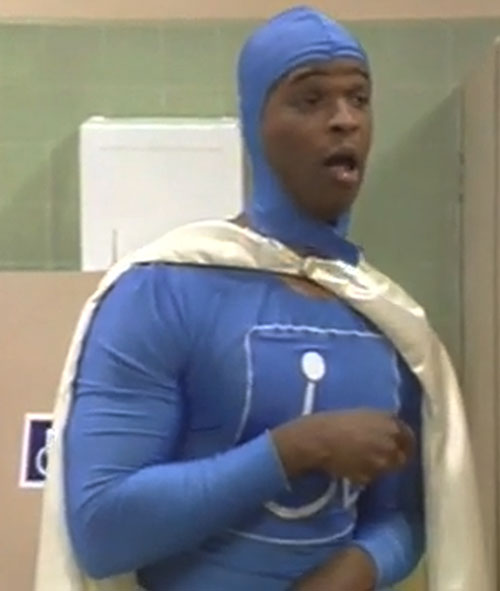