King originally refused to use most of his vampiric abilities, making it hard to accurately estimate his powers. However, as time did go by, he used his powers more and more. Those were the classic supernatural abilities of a strong vampire.

Hannibal King was a minor but competent private investigator. However, he was killed by the vampire named Deacon Frost – the same vampire that was responsible for Blade’s existence. He then rose as a vampire, but his extraordinary strength of will allowed him to resist the curse.

King always fought his condition. He never took blood from a living being. He only ever drank from corpses, or bought his blood. He also used his new paranormal abilities as little as possible. He even fought Dracula, refusing to acknowledge him as his master.

This lasted for five years. King went as far as to ally with the fanatic vampire hunter Blade in order to kill Deacon Frost. While Blade wanted to kill King at first, he came to trust and respect him. This association which continues to this day.

King triggered the events which led to the Sorcerer Supreme, Doctor Strange, using the mystic Montesi Formula to destroy almost every vampire on Earth. King willingly assisted Strange, even though he thought the plan would destroy him along with the others.

However, Strange managed to save King – who had never drank the blood of a living creature and was thus mostly spared the effects the powerful spell. He did so using both medicine and mysticism.

King and Blade, along with Frank Drake (whom they had met during the Montesi affair), established an occult investigation agency. It lasted for years before Blade was sent to an asylum and Drake returned to a normal life. However, the effects of the Montesi formula were slowly dissipating. This allowed some vampires to return and making King slowly become vampiric again.

King went to Drake and Blade. They started a new occult investigation firm, Borderline Investigations. However, this time, it was just a front. The three men, whose lives had been destroyed by the occult, were going on a crusade intended to eradicate mystic threats.

At the end of the Nightstalkers series, Frank Drake and King were seemingly killed, but their bodies were merged to allow Dracula form to return. This gestalt was later seen fighting Blade, then mysteriously reverted to the original. It is theorized that it broke down into three component parts – Drake, King and Dracula. If this theory is true, then King is still “alive”.

King is an elite specimen of hard-boiled gumshoe. He’s exceptionally tough, grim, and determined. He has his severe angst problem mostly under control. His only goal now is to get ’em before they get him.

Think about a good Vampire role-player struggling against the Beast, the darkness within and the inhuman urge in a gothic way.

King’s very pale skin and sharpened canine aren’t too noticeable at night. However, he tends to dress the part. Under a practical, everyday black trousers and a jacket, he wears a 1940’s white shirt, and he often wears a great green cape with a clasp. He wears his hair to his shoulders.

The Nightstalkers are a low key operation. Thus, they could be inserted in the more gothic parts of the DCU (although the Nightstalkers might be a bit violent for the DCU). The Montesi Formula was cast when Drake, King and Mister E. went to a vampire-dominated dimension ; King helped cast the spell even though he thought it would destroy him. 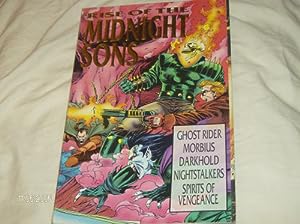 Rise of the Midnight Sons 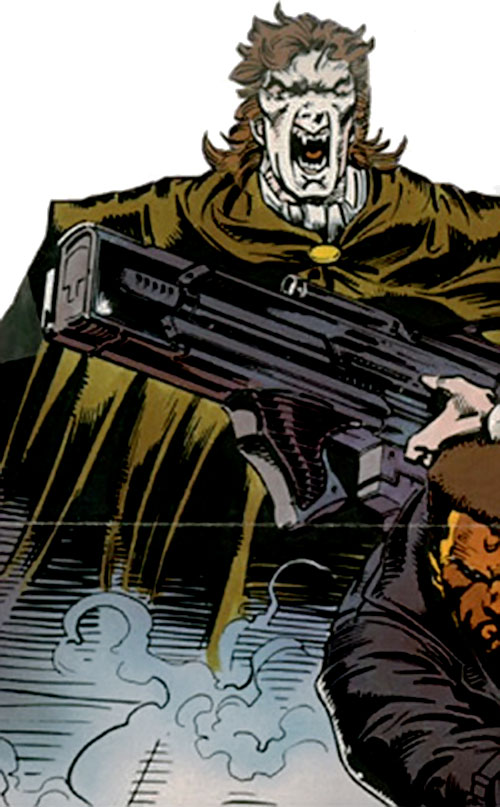 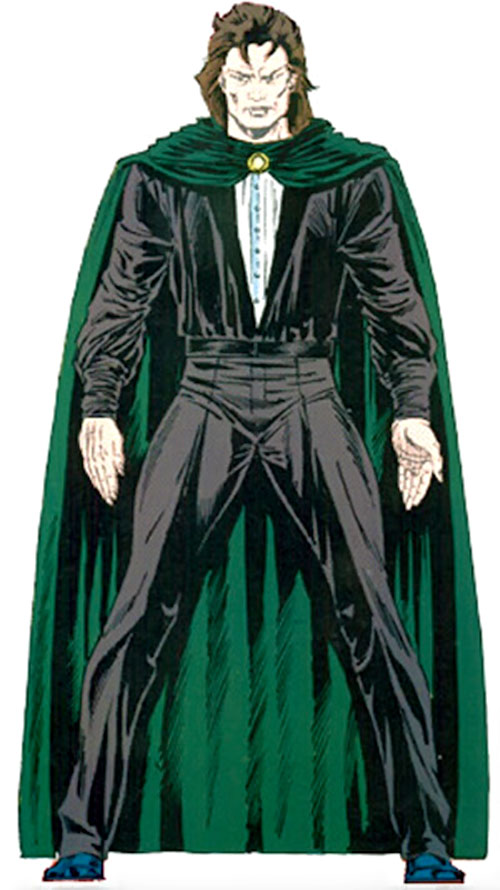