Din’s Curse is an indie video game release in 2010.

I felt like playing Diablo (1997), but didn’t feel like attempting to decipher the on-screen pixels puree with me old eyes. Din’s Curse scratches that old-school, slightly janky dungeon-delving itch without such downsides.

(That was before the Diablo II: Resurrected remaster).

And thus I’m paying the writeup tax. Since I’ve been playing instead of writing.

Going for an Assassin/Druid hybrid was inspired by Sahornback’s guides on Steam  .

As often with low-lore games, the material about the character themselves is original.

Ms. Siwatupang was a ruthless drugs pusher and crime ring leader. But many of her skills are now useless, though she remains a mean knife fighter and okay unarmed pesilat  .

Part of her curse involves tigranthrophy. That is, she’s a weretiger. Or wiftigras, I suppose. Her form as a tigress-woman is a large, powerful humanoid. It is not unlike Marvel’s Man-Eater (Malcolm Murphy).

Her monster form runs faster than a man (sometimes on all four). It claws and bites with great strength, speed and cruelty. It is little more than a vicious murder machine.

If she is slain, she will immediately be transported and returned to life at Din’s nearest altar. However, this isn’t an ability of hers. It’s Din’s. 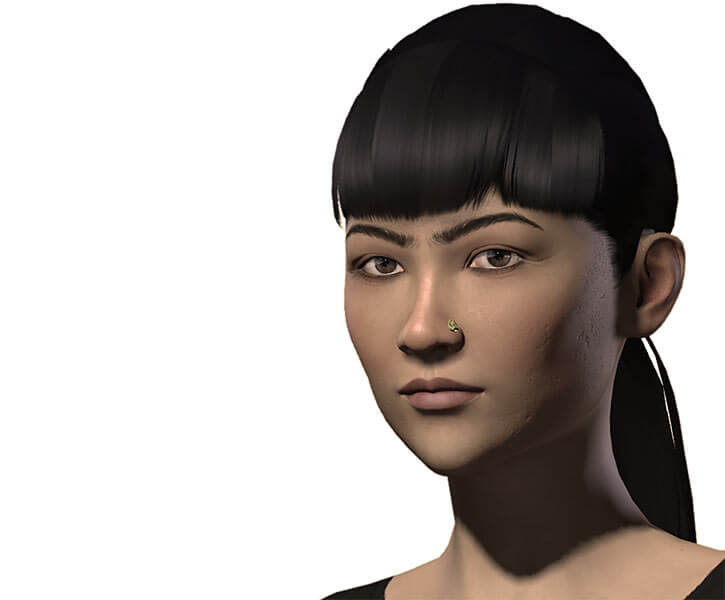 Keziah was born in 1999 in the outskirts of Medan, in Indonesia. She considers herself Batak  , with parents from two different tribes within this minority.

She ran away at age 8, after getting recruited as a courier carrying packages of crystal meth.

By age 15 she was a fairly successful pusher. She was known for her craftiness and for making examples of anybody who crossed her.

At 18 she started her own crew, seizing an opportunity to ditch intermediaries between labs and herself. By that point she had a nasty reputation among the Medanese underworld.

Chanel (a name chosen after the perfumes) loves telling self-aggrandizing tales about this time. To hear her boast :

Though it’s all exaggerated, her meth-pushing gang was a successful, locally feared one. In time, she might have approached her dream of being a cinematic crime lord.

However, Chanel Siwatupang fatally overdosed on speedball (no relation) at age 21.

The game’s soundtrack is on YouTube. So let’s have some atmospheric strings.

As she died, Ms. Siwatupang hallucinated that a giant ghost was grabbing her. This wasn’t a hallucination, as her soul was captured before it could pass on.

The spectre was a foreign god named Din. Deeming her corrupt, he transmigrated her to a different world, in Aleria.

He then enslaved her soul and twice cursed her. First as a were-tigress, and second to protect his worshippers until Din was satisfied.

Keziah appeared in shock at Din’s altar in a random Alerian village. As she was screaming in Indonesian about a ghost, the locals thought that her name was Hantu (“HAHn-too”).

The villages Chanel gets to visit in Aleria are dirt-poor, bleak, beset by monsters, and well-aware they could be wiped out at any moment.

She gets deployed in the most imperilled ones. Usually, there’s a monstrous invasion being assembled nearby.

Near the centre of each village is an altar to Din, with the giant spectral form of the god standing beside. This form can communicate, but not intervene.

It also maintains an aura allowing Siwatupang to understand the language(s). Outside of a Din-worshipping village, she would be unable to communicate.

The economy in the beleaguered villages is so bad that supplies looted from monsters do help. Selling Chanel’s loot to travelling merchants in order to buy food genuinely helps stave off starvation.

By day, Chanel is kept chained in a sort of lean-to along the altar. This prevents her from transforming, though she can be unchained when an attack occurs.

By night, she’s let loose to kill monsters and conduct missions for the villagers.

Din has promised that, if she helps enough Din-worshipping villages, she’ll be set free. What it means and how it works is a mystery. 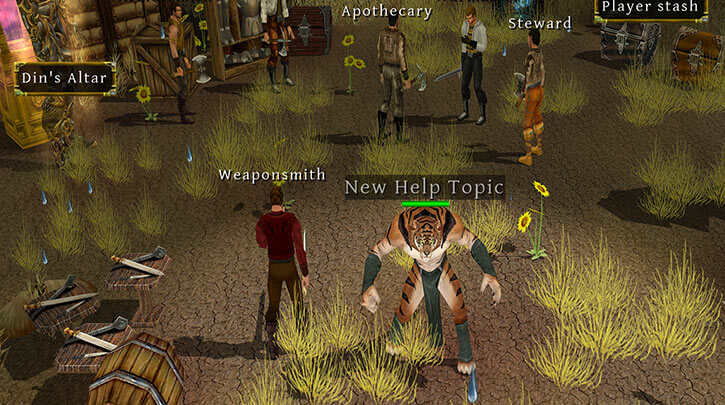 Her arms and shoulders sport dozens of large scars. These were self-inflicted, as a mark of courage and pain tolerance. They were never treated to fade, so it looks like she was repeatedly hit by a cleaver.

The tiger form is about 6’5″ (1.95m), and much more massive. She undresses before shapeshifting.

Ms. Siwtupang will stop at nothing to survive, even if she has to burn down the whole world and live with the burns. This selfish ruthlessness doesn’t stop when the objective is no longer to survive, but to thrive.

Normally she uses a rich mix of intimidation, playing her enemies against each other, cruel examples made of people vaguely suspected of something, bribery etc..

But since her death she’s mostly a chained slave. This limits possibilities.

For whom the bell tolls

Chanel despises authorities, whom she sees as universally corrupt. Din is no exception. She assumes he’s some sort of slaver, with a weird scam preying on religious beliefs.

But she has little choice but to go along, if only to get food. Yet she vaguely wonders if Din’s words about redeeming her soul by saving lives and (being forced to) do good deeds might be true. 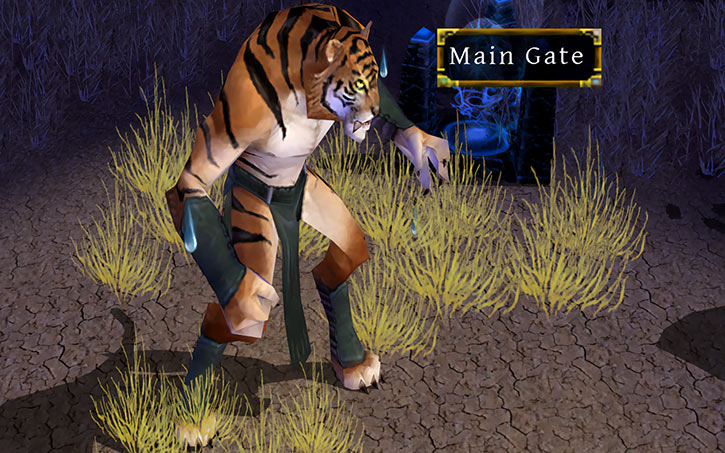 This sort of character is usually useful for crossovers. My favourite example remaining Wonder Woman teaming up with Stalker, Beowulf and Claw the Unconquered.

But perhaps she and Din both succeed. And thus she returns to life a changed, much more benign person… and tigranthrope.

It is unlikely an Indonesian super-heroine would get much press in the US. Who even remembers DC Comics’ Cascade ?

Skin armour only vs. Unarmed Descriptor, though she can still use 1 AP against Blunt Descriptor.

Currently none. She can’t even get Wanderer’s Connections.

At this stage, Unwanted Power.

As often in loot-based games, I have abstracted out the loot. Given the character concept (built around the Stalker spell from her Druid side), I can even abstract equipment. Simplicity !

Din’s Curse characters are relatively fragile, until you have good gear and know what you’re doing. Hit-and-run tactics are common. So I’m assuming a low cinematic power level at best, her tiger form being aligned with such an armed fighter. But slanted toward offence.

As explained in our video games FAQ, I’m assuming that character/monster levels are holographic.

Another common convention is that I’m abstracting out the commerce. In many games, that you have to buy your weapons from people that would die within days if you can’t fight makes little sense. Especially in lower-tech, not capital-above-all societies.

The tiger-like senses and mobility are embellishments. Most of them do not correspond to in-game abilities.

Source of Character: Inspired by the Din’s Curse video game.

Writeup completed on the 2nd of December, 2019.