Strikeforce Morituri was an intriguing 1986-1989 Marvel series, taking place in its own universe. It was a military sci-fi saga, centred on superhuman soldiers fighting to repel alien invaders who very nearly crushed Earth.

The main twist was that the treatment giving powers to volunteers was invariably fatal, leaving little life expectancy to the super-soldiers. Hence the name, derived from the famous Latin phrase morituri te salutant  (“those about to die salute you”).

In addition to the normal Morituri physical enhancements, Hardcase had the ability to fortify the molecular bonds of any object, making it ultra-hard. He could:

Burke O’Halloran was one of the few Strikeforce member with any real previous military training.

A West Point cadet and 2nd lieutenant in the defense forces, his eligibility was discovered through the required testing program for cadets. He immediately volunteered upon learning he was eligible and never looked back, seeing it as his duty for his planet.

Hardcase always did his best to back his teammates up and follow orders. But near the end when rogue elements in the government were trying to drag out the war for their own personal profit, he began to feel frustrated that his limited time was being wasted.

Like so many of his teammates, just before he died he and Silencer fell in love. The two of them died in battle together, killed by a microwave satellite burst from orbit.

A medium-sized, somewhat stocky man with a military haircut and thin moustache. He wears a black uniform with yellow buttons, white belt, and red trim.

Hardcase was a professional soldier to the end. Though he was often unhappy with the orders he was given, he did his best to follow them.

As the rest of his teammates began to die, he began to grow even more somber and serious. Falling in love with Silencer broke him out of his gloom, if only briefly before he died.

“I joined because of duty — and honor.” 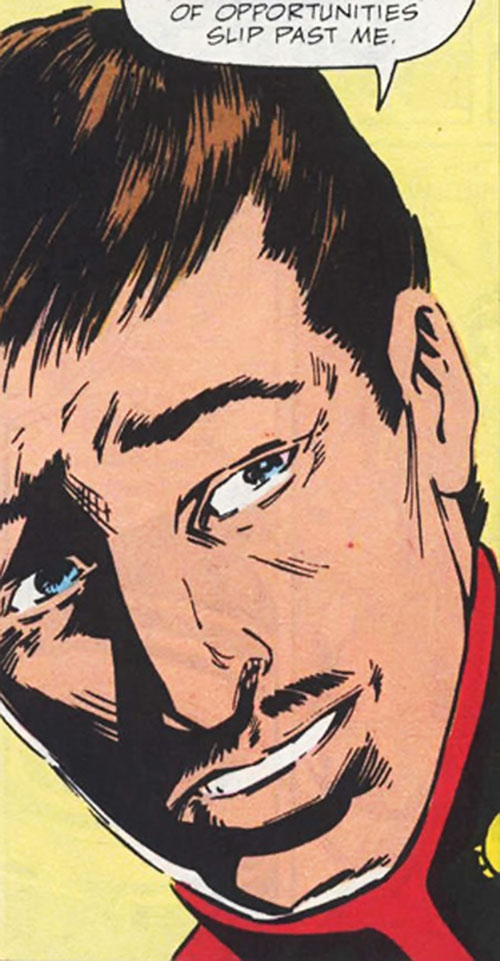 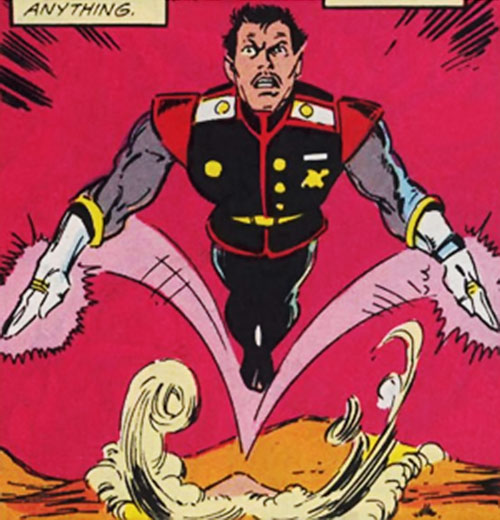