Hardhat is a professional boxer.

He wears a sort of suit of partial power armour , which gives him enhanced strength. The punches and head-butts are particularly nasty. They’re well able to smash through thick concrete.

Head-butts seem to be Hardhat’s preferred way to attack. But if his opponent is too far away, he’ll charge and body-check instead.

Hardhat was featured during Final Crisis  in a limbo  hosting forgotten characters.

Given the nature of the story, though, it is difficult to determine whether those characters were the actual persons. And even if they were, we can’t tell from which Earth they originally hailed.

Hardhat is beyond punch-drunk from his boxing practice. He seems to be well within brain damage territory. He’s slow and about as smart and perceptive as an ox.

He has difficulties finding his words. Hardhat hesitates once or twice per sentence as he struggles to express what he means.

Beyond his medical issues, he seems loyal and eager to help his friends.

This is the second take on the DTs.

This time around I’ve decided not to use the material in Mayfair’s Green Lantern sourcebook, since first edition standards and statting conventions were just too different from current practice – especially for very low-end thugs like the DTs. 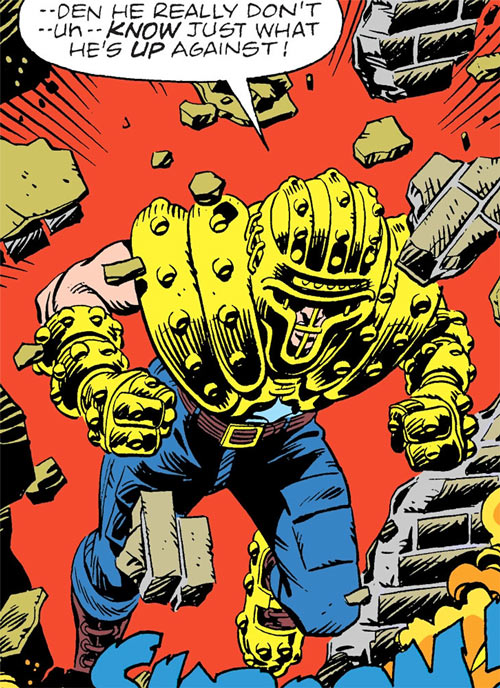 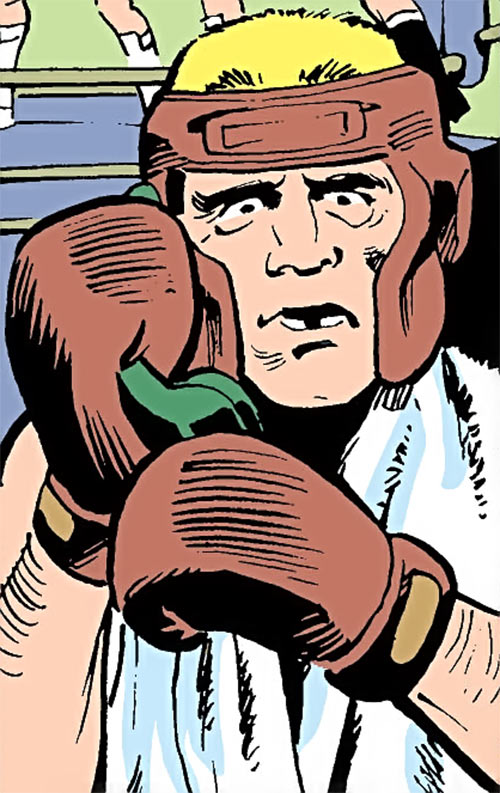