Dr. Blaine was a very, very minor Batman ally. On the other hand, he appeared in a classic, early Ra’s al Ghul storyline in 1972.

Ra’s al Ghul is a major Batman villain. He’s an immortal mastermind trying to save the world via terrorism, and a match for Batman in most aspects.

Dr. Blaine was a leading biophysicist during the 1970s, and has been called a genius. He was pretty good at improvising in the field using his knowledge of engineering or chemistry — being a brilliant comic book scientist he was of course a polymath.

Dr. Blaine used to practice javelin throwing in college, and was still competent at it years later.

During a 1972 biophysics conference in Gotham City, leading scientist Dr. Blaine was accosted by an agent of Ra’s al Ghul named Lo Ling. The abduction attempt was defeated by Batman (Bruce Wayne), but Dr. Blaine was now a hounded man. Batman offered Blaine to stick with him for protection, and the scientist took the offer.

Thus did Dr. Harris Blaine join the Batman-led team that located and invaded the Swiss fortress of Ra’s al Ghul. He proved resourceful, particularly when he used a javelin-sized solid bar of sodium to take out a machinegun nest.

With the threat of Ra’s gone, Dr. Blaine returned to his research.

Batman consulted with him at least once more — about the likely characteristics of an experimental nerve gas. He worked at Blaine-Pearson Research, though by the 1980s the company fell on hard time and its future was in doubt. One of his projects then had to do with pluviculture.

In 1987, Dr. Blaine was murdered – poison was slipped into his coffee.

Though Batman originally hypothesised that Ra’s al Ghul has had his revenge, his old enemy had actually let go of any such project a long time ago. The person actually responsible for the murder of Dr. Blaine turned out to be an enemy of Ra’s, named Quain.

Dr. Blaine is survived by his son Harris Jr., whom he had been training to succeed him.

A dedicated and courageous scientist with a dry wit.

He was quite willing to take personal risks to do the right thing, though he wasn’t looking forward being put in such situations. 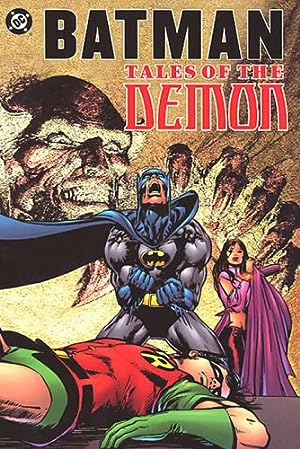 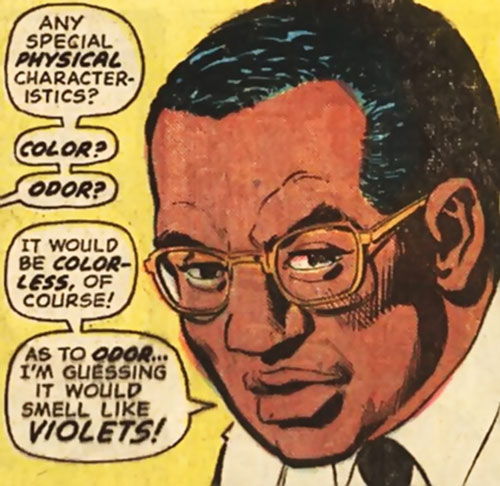