Presenting who Harry Potter may not be necessary. We have two sets of DC Heroes RPG stats for the lad, representing part of his growth :

Harry Potter is a young boy discovering a world of magic that he belongs to. He is learning the ways of magical spells and creatures, although Potions is the subject he is worst at.

When Voldemort tried to kill him as a baby after having done the same with his parents. But the lethal curse bounced off Harry and devoured Voldemort himself, instead. This left Harry with a lightning-bolt shaped scar in the forehead and a strange link to Voldemort (who barely survived).

By the times of the 2nd book this link was limited to Harry being able to talk with snakes. Once discovered by the magic community that made him a more somber figure. Parselmouths (talkers of the parseltongue, or snake language) are usually only dark wizards and witches.

Before discovering his magical legacy, Harry displayed some bursts of wild magic (Sorcery). These helped him get out of hard situations (like making disappear a crystal plate in the zoo so his cousin was entrapped in the boa cage, or jumping 10‘ high to escape a beating) even though he didn’t control them.

Harry’s life was tough under the Dursley’s. His uncle and aunt only reluctantly accepted him in the house and his bully cousin constantly kicked him. The boys at school kept their distance away from Harry so that Dudley wouldn’t kick them too.

Though a bit depressed for living at a house where he was no-one, Harry took everything with a grain of salt. Thus he was almost used to his life when Hagrid appeared and revealed the wonderful truth to him. Ever since, magic has been the sun in Harry’s life. It allowed him to have friends, to be appreciated, to be special and to discover his past.

Harry is a nice guy who still isn’t aware of how bold he really is. He is a real friend of his friends and will make anything to help any of them in trouble. In sum, a true Gryffindor.

It’s easy to include the whole HP universe into the DC Universe, specially if keeping true to the official chronology. That’s 1979 for Voldemort’s first strike, and 1990 for Harry’s entrance in Hogwarts.

This is almost as a joke — it was 1990 that DC published The Books of Magic mini. So you can put Harry in place of Tim Hunter. After the test of the trenchcoat brigade (maybe erased from his mind) sent to Hogwarts to learn his ways into magic, Hedwig included.

Bonuses and Limitations:
Migrapower is a obscure but official DCH Power that basically helps you get to your destination even if you don’t quite really know where you are. Hedwig is especially good at it.

Wand Dependant (10 HPs Drawback)
All rituals halve their RAPs if cast with a leased wand and divide RAPs by 3 if casting them without a wand at all. This Drawback is quite common to all wizards in the Harry Potter world, either human or half-giant. House elves and gnomes are not allowed to carry wands.

About wands in the Harry Potter Universe:

Source of Character: “Harry Potter and the Philosopher’s/Sorceror’s Stone” novel. 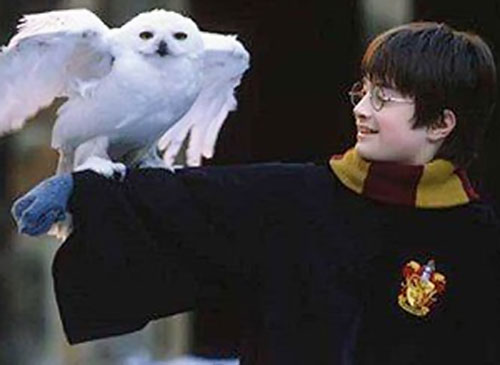 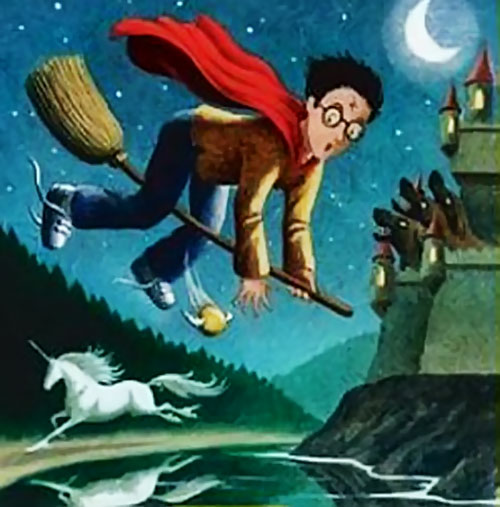