Harvest’s touch drains the life from all living, or formerly living, matter she touches. Whether it’s a wooden bar where she leaves a hand print, or a human she ages to death.

While she holds their life force, her strength and durability are increased. Her theft also drains them of some of their abilities (such as when she stole certain combat moves from Black Canary’s mind).

This stolen life force is then used to heal innocents who are sick or near death. Those only partially drained by her power recover their youth within hours.

Stronger and tougher than she looks, Harvest could fight both Black Canary and Huntress together before she even drained Canary. She also recovered quickly from multiple bullet wounds. She carries a scythe, which she uses in combat, but doesn’t seem to need with most victims.

Harvest is an urban (or rural) myth. She’s a vengeful spirit called upon to punish the wicked and heal the innocent.

The story goes that when someone calls her name at the moon, she’ll turn up to hunt down an unpunished sinner. She will leave her name in blood for her victim to see. Harvest will then drain the life from them, using it to heal those in need – usually children.

A young girl was accosted by a crazy drifter, who used railroad spikes to keep her from moving. The young girl never got free, but Harvest did. She spent the next six decades following her path of vengeance. 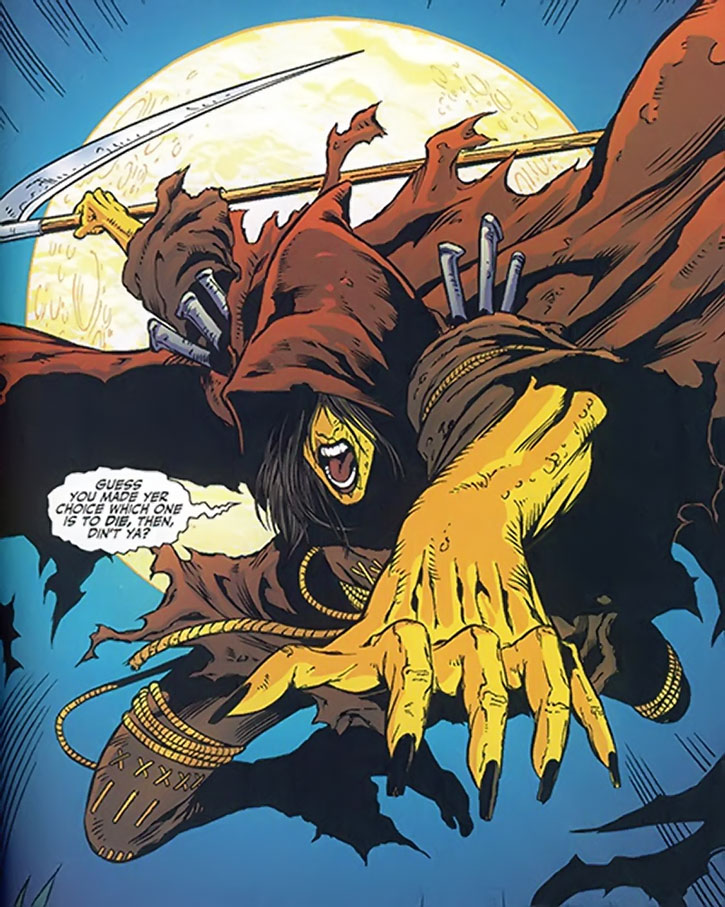 She was first heard of around the town of Peo Ridge, Kansas, where a number of her victims appeared over the years. Her appearance was investigated by the Birds of Prey, who were hunting down vigilantes who’d killed.

They confronted her, and she attacked. Harvest drained a portion of Black Canary’s life force before being driven back by Lady Blackhawk shooting her a few times.

Quickly healing from the bullet wounds, she again clashed with the Birds when they worked out the child she’d been brought to heal. Harvest was only beaten when the rejuvenated Black Canary unleashed her scream in Harvest’s face, driving her away.

Intense and ruthless, Harvest is obsessed with punishing those who’ve taken lives but escaped punishment, and saving the innocent.

Whether forced to by the source of her powers, or her own pathology, Harvest seems to follow the rules of how she’s supposed to operate. If her name is called at the moon, she must respond by travelling to the area – unless she’s already there. 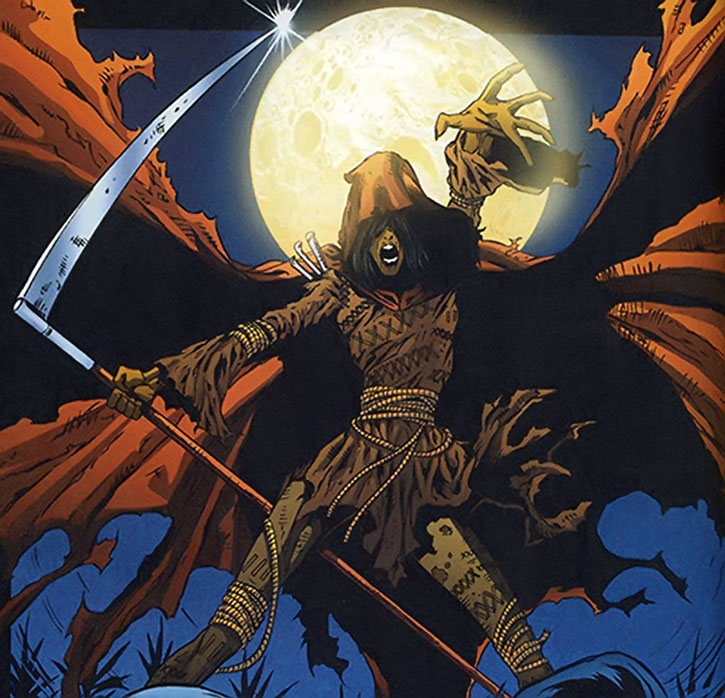 Targeting unpunished sinners, it’s unclear whether she’ll actually kill those not guilty of murder. But she prefers to hunt down unpunished murderers, settling for lesser sinners if they get in her way.

She’s reluctant, or possibly unable, to attack anyone unless she’s been called. It is thus unclear whether she could defend herself or whether she’d flee if attacked.

She’ll then use the stolen life force to heal the innocent she was called to help.

“I can smell it on you. Soon as you landed, I smelled it. On both of you. Both of you drenched in unpaid-for sin.”

“Back-sass. Just sheer cussed wilfulness, that’s what it is. Guess you made yer choice which one is to die, then, din’t ya ?”

It’s unclear whether Harvest can travel anywhere in the world she’s called. Or, indeed, how far her legend has travelled, although it seems to have reached France. But since she appears able to teleport short distances I’ve given her enough APs to travel internationally.

The exact rules she operates under are a bit hazy, so those listed in her personality section are equally undefined, with room enough for your own interpretation. 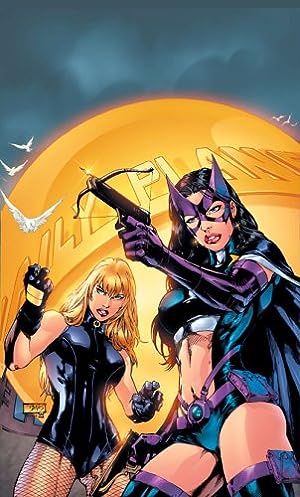 Birds of Prey: The Battle Within 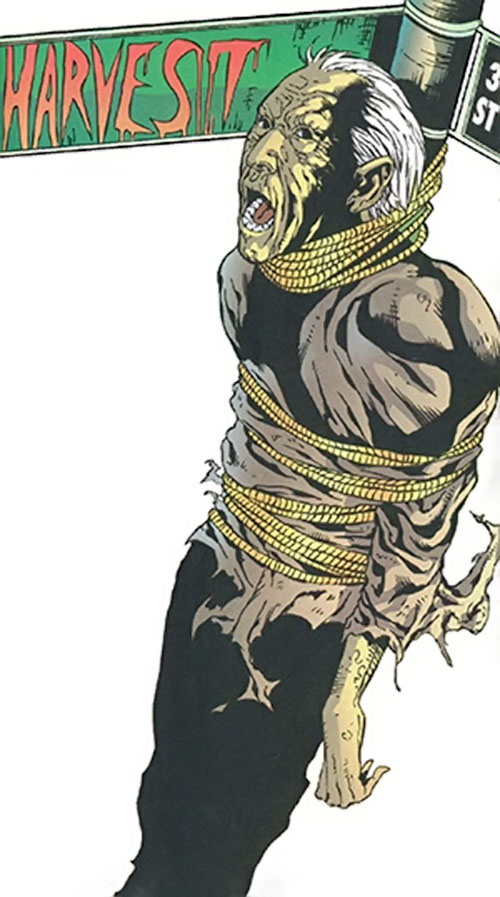