She carries two battle staves similar to those once used by Mockingbird, carries a sword similar to the Swordsman’s (although it has not yet exhibited any of the additional powers possessed by the original) and she has Clint Barton’s bow and trick arrowheads.

Kate is the youngest daughter of Derek Bishop, a successful publisher. Never feeling comfortable with her family’s wealth, Kate donated time and money to soup kitchens, women’s shelters, and other worthy causes. She became even more active following her mother’s death.

While returning home through Central Park late one night from helping in a soup kitchen, she was attacked and raped. She kept this secret, confiding only in her therapist (and later in Jessica Jones). Kate undertook an intensive physical fitness and self-defence regime, determined to never be a victim again.

During her sister’s wedding, robbers stormed the church, getting stuck in a stand-off with the police. The Young Avengers burst in, but their inexperience held them up from easily taking out the criminals, and Kate had to help. She was approached by Cassie Lang, who was trying to find the Young Avengers, and together they tracked the team to the ruins of Avengers Mansion.

Arming herself with the weapons of the late Hawkeye, Mockingbird, and Swordsman, Kate (jokingly called Hawkingbird) joined the fight against Kang. She stayed with the group after the Avengers disbanded them, encouraging them to continue and adopting a costumed identity.

Following their successful resolution of the Skrull/Kree situation, they were accepted by the Avengers. Captain America passed on Hawkeye’s bow, arrows and identity to Kate.

Kate developed an awkward relationship with Patriot, and they became joint leaders of the team. She also had to fight off the flirtations of Speed, although her irritation at him has mellowed into tolerance over time.

When Clint Barton returned from the dead, now using the name Ronin, he challenged Kate to an archery contest for his bow and name. Ronin claimed that he could split another arrow in half, which she believed impossible. He won of course, and Kate relinquished the bow, leaving her lost.

At Speed’s urging, she broke into Barton’s apartment and stole the bow back. He was amused by the move, and let her keep the name as well as the bow. He later returned to using the identity, meaning there’s now two Hawkeyes out there.

Self-confident and forthright, Kate can be outspoken. She has no hesitation about standing up to anyone, as evidenced by her telling off Captain America. While usually polite and respectful to her elders, if she believes them to be wrong she will just ignore their advice as soon as they’re out of sight.

She is determined to never again be a victim, and is particularly aggressive to those who use their power to take advantage of others.

She is developing a friendship with Cassie (Stature), and enjoys a confrontational relationship with Patriot. She’s uncertain of how to respond to Speed’s advances, and is often thrown off-balance by them. While she frequently questions and badgers Patriot, she’s fully accepting and supportive of him as the leader of the group.

Patriot: “You didn’t have to do that, y‘know. I would’ve rescued you eventually.”
Kate: “You mean, once somebody rescued you ? Don’t bother to thank me or anything.”
Patriot: “For what ? I didn’t need a rescue ! Especially not from a—”
Kate: “You will if you finish that sentence.”

Captain America: “If you wouldn’t mind giving us a moment alone ?”
Kate: “I’ll be outside if you need me. Oh, and Patriot ? You’re going to be hearing this a lot, but let me be the first to say it : ’Why can’t you be more like him ?‘ “

“He pulled a gun. My fingers: tiny brains of their own. Like an archery dinosaur. It’s a failed metaphor. Can we move on ?” 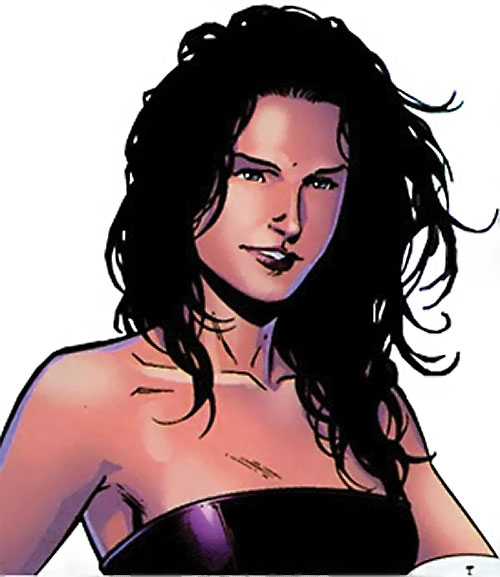 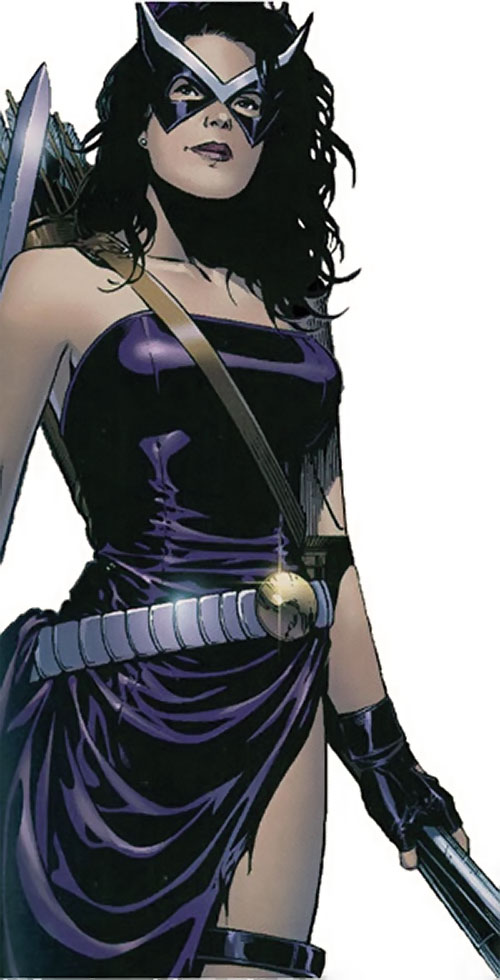 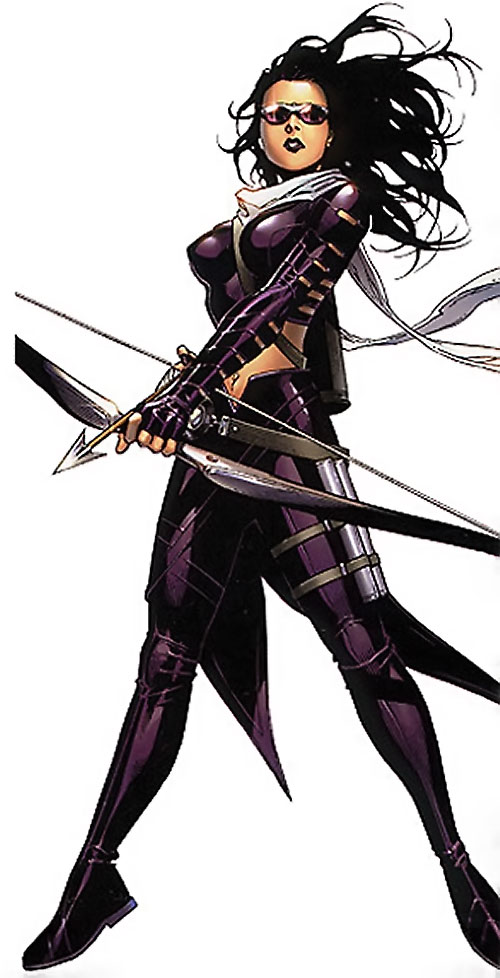 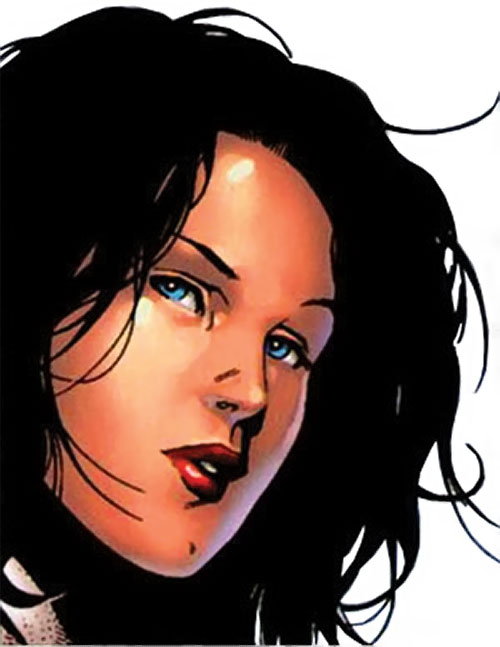 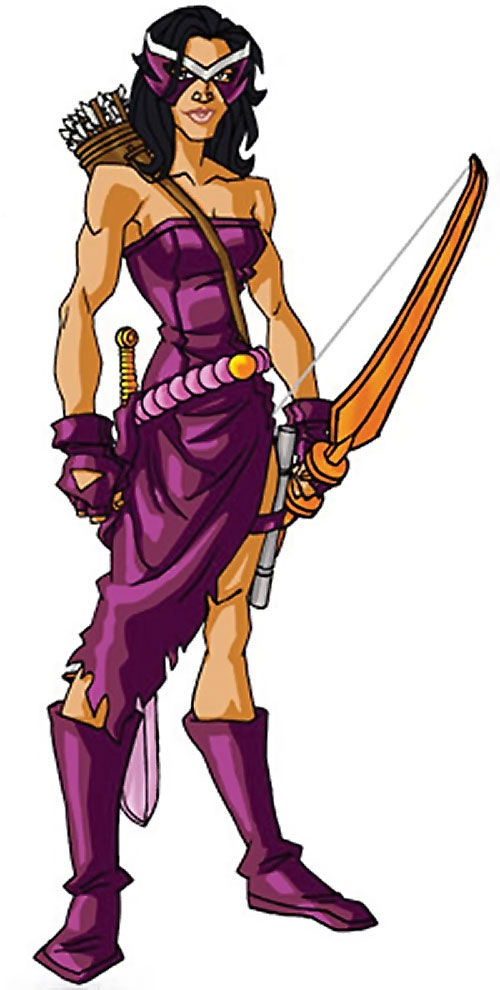 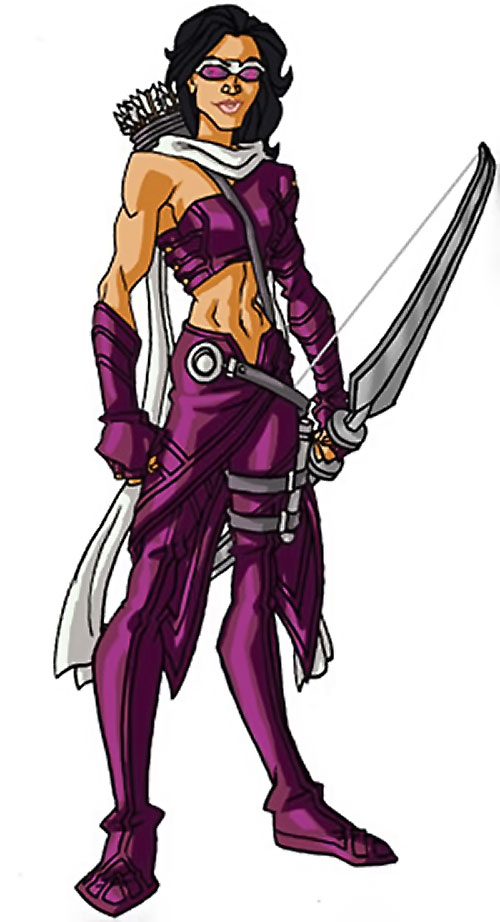