This is the second half of our He-Man character profile. Since it was a bit too long to read in one gulp.

So you should start with the first half of the He-Man character profile.

A 3662 points Character (without equipment or Pet).

Other notes about the Power Sword:

These pieces of equipment were only used once and never seen again, so, aren’t considered standard equipment for He-man: 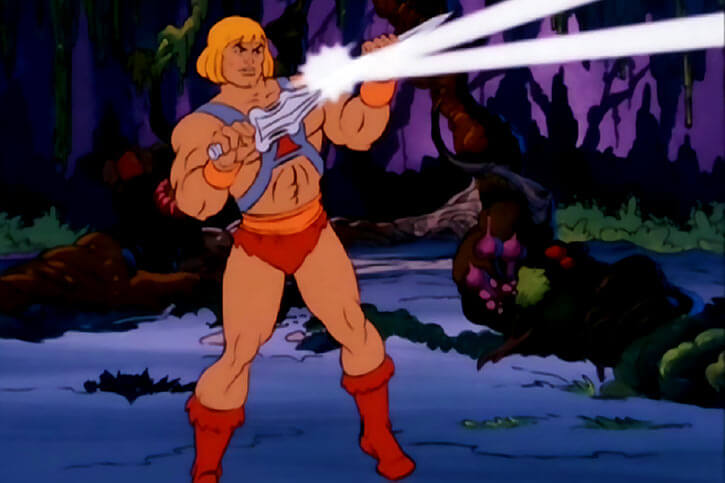 An 887 points Character (without equipment or Pet).

Bonuses and Limitations:
Telepathy is only useable with the Sorceress of Grayskull. It is only one way, like making a call. Once the Sorceress answers mentally, she then may allow a connection with others giving Adam further mental communication (-2).

Equipment:
Beyond the Power Sword, Prince Adam has access to all the equipment in the Royal Palace. See our Royal Palace profile for details on the vehicles, weapons, and equipment available to him.

Adam sometimes wears a comm-link or a fire-ray on his left gauntlet. It also has an analog watch but only has an hour hand. LEFT GAUNTLET [Body 05, Flame Project: 05, Radio Communications 10, R#2, Cost: 87].

Thief (Pickpocketing) is represented in two scenes. While Skeletor was invisible, He-man slipped an item into Skeletor’s belt without his knowledge while simultaneously wrapping Orko’s robe about Skeletor’s shoulders. During another episode (Curse of the spellstone) Adam took a marble right out of Orko’s hand while he was doing a trick with it. In front of the Queen and Teela no less.

This skill was never seen in the second season.

Occasionally, He-man is unable to break free from magical chains or through force fields. It’s pretty obvious these are plot devices designed to allow other characters to shine.

He-man will sometimes be taken down by a single stun beam, which isn’t likely based on other happenstances. This too is a plot device to further the storyline.

The Power sword absorbed a large electrical beast. I HAD to give the sword energy absorption after that. I did add a limitation that said only one Power may be active at a time. This is why he doesn’t absorb lightning and electrical attacks. Especially when he’s trying to deflect them.

He-man gained a point of Weaponry in Season Two.

He-man touched his sword to Adora’s when she was trapped by Hordak’s time-stop device. He uttered the familiar “By the Power of Grayskull” and she was free. The Sorceress explained earlier in the episode that Loo-Kee and Orko would not be affected by the time-stop because they were both magical beings. He-man too would be immune as long as he held his sword, because it was magical.

He-man showed an immediate attraction to Sweet Bee when they met. But that attraction seemed gone upon their second meeting (Sweet Bee’s Home, Assault on the Hive). 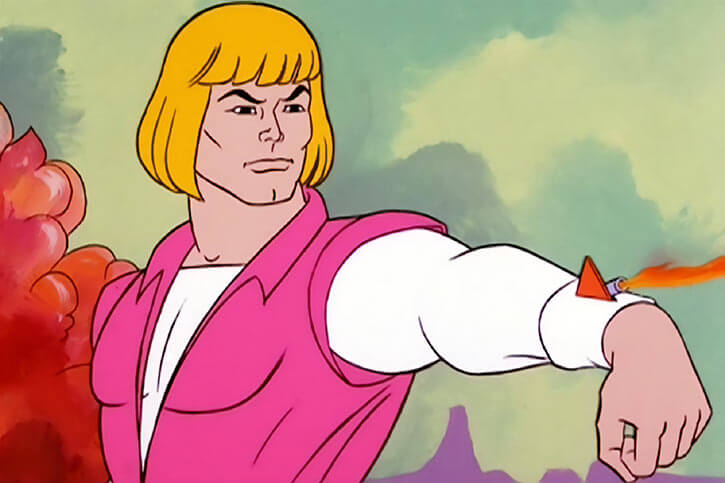 The He-man action figure was released with the Power Sword. But also came with an axe and shield. Because of his great strength, I’d assume they were made of Phantonium for the higher BODY.

Until the episode “A friend in need”, He-man could’ve accomplished every feat of strength with only 15 APs.

From “A friend in need” until “Return of the Gryphon” He-man could operate with a Strength at 18 APs.

Beyond that He-man solidly boasts a 23 Strength.

Pushing Eternia’s moon out of orbit!

He-man and the Masters of the Universe genre invokes a special Genre rule. It allows characters to increase APs by Pushing or Hero Points expenditure up to X3 their normal level (instead of the usual X2 maximum) once per scenario.

This reflects how characters in that series would occasionally pull some stunt notably beyond their normal abilities. Notably, during the episode (Jacob and the Widgets), He-man pushes one of Eternia’s moons out of orbit.

About this moon. Eternia’s moon is very similar to Earth. Queen Marlena is an astronaut from Earth and she moves and acts as normally as she would on Earth, revealing the gravity, air density, etc. is at least quite similar to Earth.

Likewise Eternia’s moons control the tides of the planet, just like Earth’s moon. The main difference is that Eternia has two moons. Since Eternia’s Ocean tides act similar to Earth’s, perhaps the moons are half the size of Earth’s moon or they could have a more distant orbit. In any case at this size of celestial body we’re talking about plus or minus a couple of APs.

To move the Moon, you have to overcome Earth’s gravitational pull. (Approximating that other planets’ influence is negligible compared to Earth’s influence). In actual physics, it means exerting a force above the Newton formula of : GxMxm/(d²) where :

Now, He-man can’t fly (ahem, unless using Air Control to propel himself inside a whirlwind). However, Man-At-Arms had just fitted a Wind Raider with a Coridite rocket booster. This boosted Wind Raider was able to make the trip from the planet to the moon in seconds. He stood on the edge of his vehicle and pushed.

Writeup completed on the 8th of December, 2018. 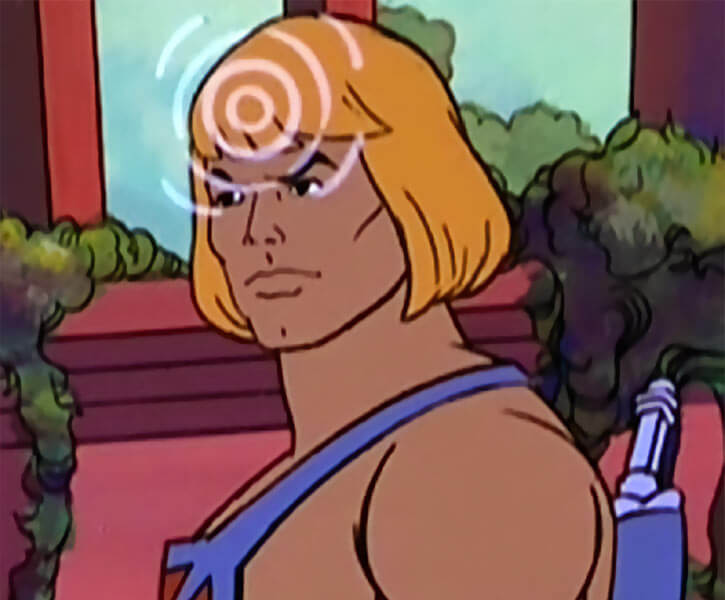 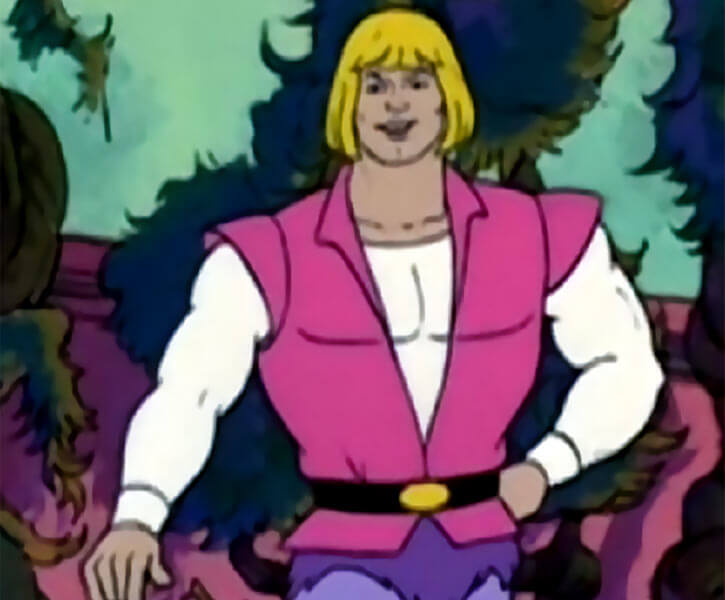