Head-Crabs tend to creep about, favoring dark corners and ventilation ducts (they make unskilled use of Thief (Stealth)). They will travel either alone or in groups of 2-6.

Their preferred tactic is to jump at an opponent and rake them with their claws. They have no long-range attack.

The headcrabs were among the first creatures to fall through the breach into our reality. They acted as footsoldiers of a type, causing damage to the Black Mesa facility and turning security guards and scientists into Mawmen.

Ugly little spuds. They look like blobs of dough with four powerful segmented legs. They have a large mouth on their underside. 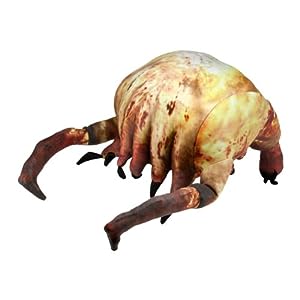