Headhunter is fully ambidextrous. Thus, he can use a weapon in each hand with impressive coordination.

He’s a crack shot and an excellent knife thrower and fighter. For instance, when the Batman threw a pair of batarangs at him, Headhunter unerringly shot them both, one with each pistol.

He has a solid reputation with the underworld. Headhunter always kills with two bullets in the head, but the second is for show as his first shot never misses.

Headhunter, an assassin with a solid rep, was hired by Morelli. Morelli was a boss mob who had been arrested by Commissioner Gordon, and was furious over it. Thus, Headhunter was paid $50K to grease Gordon. 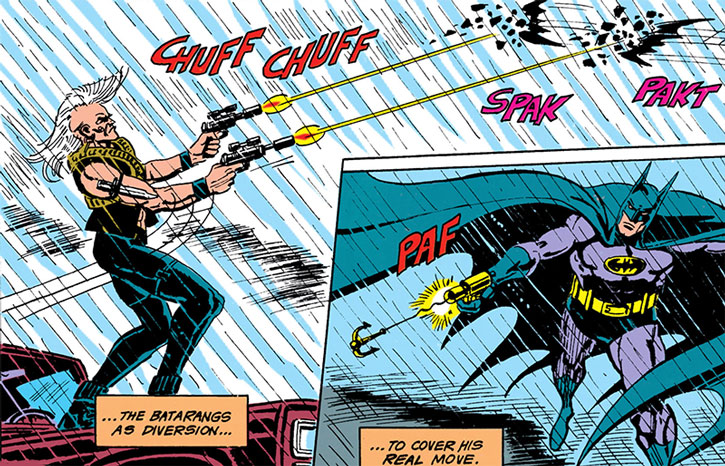 Learning from the grapevine there was a contract on him, Gordon tracked down Headhunter rather than wait to be shot. Yet, Headhunter still found him first. However, Gordon moved at the last second. Thus, for the first time ever, Headhunter’s first shot missed.

Meanwhile, Sarah Gordon warned Batman of what was going on. Although she hated the vigilante, he was the only way he saw to save her husband.

Batman arrived just in time to stop Headhunter from killing his friend.

A deadly assassin, but also a show off. Headhunter acts in melodramatic and somewhat paranoid ways.

He calls most everyone “greaseball”.

“You’re hiring an assassin of honor… who prefers payment in full.” 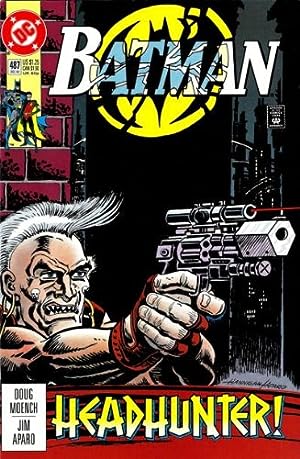 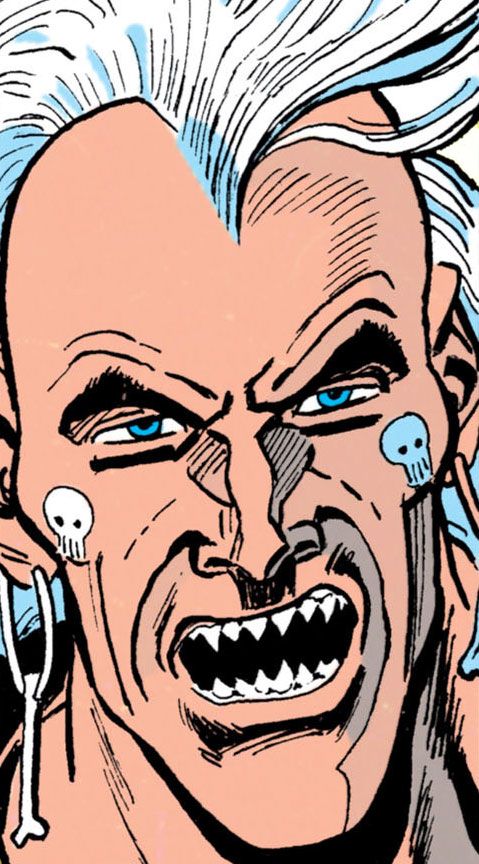