Headhunter is smart, ruthless and well-informed. She hovers in the numerous dark corners of the New York City finance world, preying on the weak and liberally using mob-type techniques.

She likely has mob connections, has all the traditional skills of a smooth wiseguy, and stays calm in dangerous situations.

The origin of her hypnotic abilities is unclear, but she can mesmerize most persons in the right conditions. She can induce a hypnotic state within seconds, and must then work slowly on the hypnotic conditioning.

She uses psychological tricks — such as convincing her victims they will actually be beheaded — to improve the strength of her brainwashing.

Headhunter is the owner of a semi-legal business with expensive assets. That includes penthouse headquarters at the top of a Financial District building, a small private helicopter fleet and the like. Her activities are typical of the mob. She spots business with potential, but undergoing serious difficulties. Then she approaches them with an offer of fresh money.

Once the deal is worked out, she uses her money, abilities, henchmen and various criminal tactics to “help along” her new protégés. This is often done by intimidating creditors, and hamstringing competition.

Headhunter is specifically interested in brilliant business managers. Her contract specifies that at the time of her choosing, but no more than seven years after she has fulfilled her end of the contract, she will own their head. Most people do not quite understand this clause, and assume that this is a metaphor or mob jargon. However, it’s almost literal.

Headhunter does have, in her office, a wall with various human heads mounted on it. All are from skilled businessmen, analysts, financiers, etc.. All heads are alive, although in a deep hypnotic trance. Headhunter uses the heads as consiglieres, giving her access to an enormous amount of business acumen.

Although Headhunter insists those are actually decapitated heads kept alive through advanced life support, they’re not. She will often show the life support equipment to future victims, by opening a door to the small room behind the wall where the heads are mounted. This is a simple trick – there a mirror set at a 45 degrees angle that reflects the image of dummy equipment.

Headhunter once helped eccentric businessman Desmond Marrs to manage his enormous inheritance. He and his sister Phoebe obtained these funds from their father, business genius Archimedes Marrs. Years later she came to collect, to Phoebe Marrs’s horror. 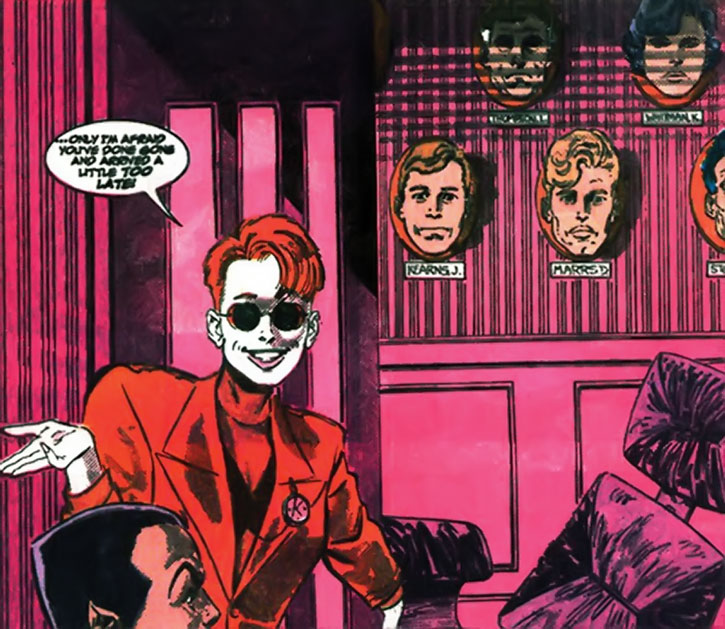 When Namorita came to investigate, it became clear that Namor was playing possum. His Atlantean eyes were not very receptive to Headhunter’s hypnosis, and his physiology was too strong to be kept sedated. The Sub-Mariner dramatically burst out and chased Headhunter when she fled in one of her helicopters.

The aircraft was destroyed and plunged into the Hudson River. Yet it was obvious that the cockpit was intact, and somehow allowed her to escape underwater.

Headhunter’s eyes cannot stand bright light. Therefore, her entire environment is lit in muted red lights. Even there she must wear special glasses not to be hurt.

She really likes red. All of her vehicles, clothes, and furniture will be in reddish tints.

She seems to be an albino – with white skin and hair, and weakened pink-ish eyes.

Headhunter is assured and dynamic, almost playful in her manner. She’s overconfident in the effectiveness of her powers. After all, she is used to working with down-on-their-luck businessmen desperate enough to sign their souls way to the mob.

A superhuman, eccentric mobster, she is removed enough from the usual rules of business that she feels she’s the cat’s PJs. And she *does* have an entire wall of brain power to make her an exceptionally skilled and a smooth operator in the financial arena.

She likes her head collection very much. Headhunter behaves like a collector, treating them as extremely precious and not to be endangered.

Headhunter could have encountered Ted Kord. Perhaps she took the head of one of his key managers after some past indiscretion Kord wans’t aware of.

Generally, if your campaign features financial elements, Headhunter is an unusual type of business rival who could create a lot of trouble.

Bonuses and Limitations:
Subjects with eyes different from those of humans receive a +1 to +3CS bonus to resist hypnotism – even something as simple as the Ultravision or thermal vision power is enough to justify a +1CS.

Bonuses and Limitations:
Medicine (Brainwashing) is Contingent upon her Hypnotism.

Those two virtually identical, middle-aged henchmen are Headhunter’s pilots and bodyguards. They seem surprisingly effective – Mister Stocks even managed to shoot and stun Namorita in a fight, although his bullets couldn’t penetrate her skin.

Both are also pretty big, physically. Mister Bonds is illustrated at the end of the pictures column.

Ticker is a young assistant, presumably managing Headhunter’s everyday life, appointments and the like. She’s a worrier and has no combat skills whatsoever – consider her stats to all 2s with the Expertise (personal assistant) Advantage and Uncertainty.

Source of Character: Namor the submariner #7-9. 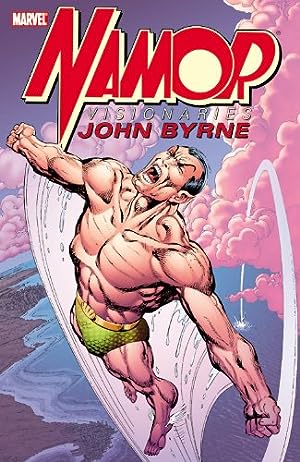 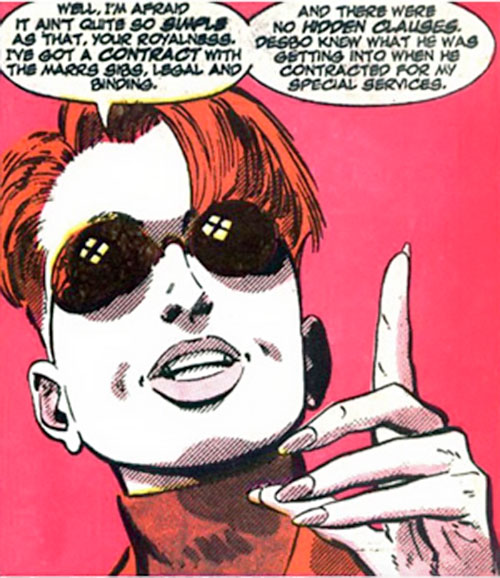 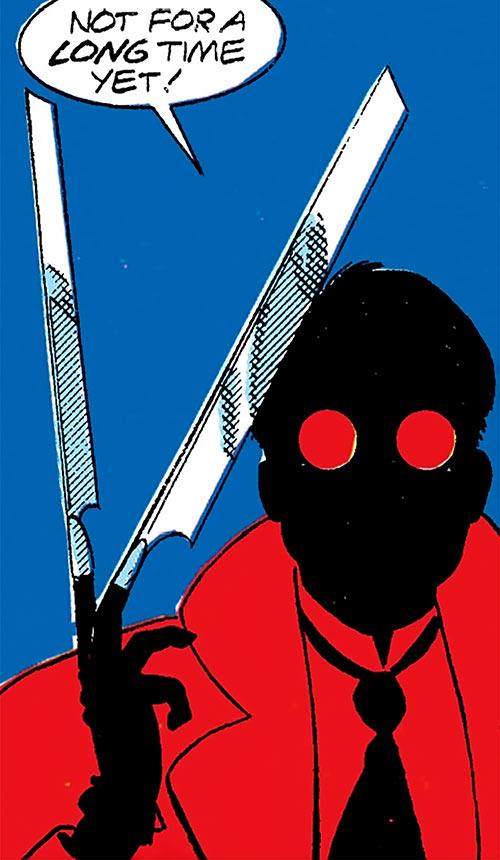 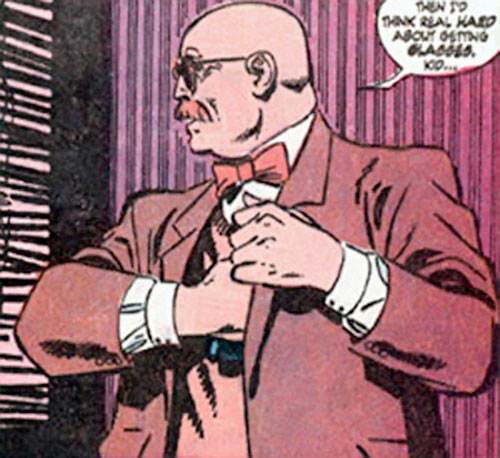