Heatmonger can project beams of heat and flame from her palms.

She can do more than simple blasts. For instance, Heatmonger once protected her teammates from the deadly cold of Mount Everest, by heating a bubble of air around them. And she once tortured Black Canary by surrounding her in an unbreathably hot and intolerably dry bubble. Her game stats assume that she can superheat large volume of air to lethal temperatures.

One assumes that Heatmonger uses the cybernetics/armour on her arm and neck to focus her powers and/or protect herself from side effects. But nothing was actually stated or explained about these.

Heatmonger clashed with the Justice League Task Force at the Aryan Nation compound. She joined the greater Cadre assembled by the Overmaster at Mount Everest.

She was later captured and deported by the government to an alien planet, in undocumented circumstances. Which made her an undocumented immigrant, I guess. Along with several other superhumans, she was tricked by Luthor into being sacrificed to power a warpgate. This allowed most of the villains to escape back to Earth, but the warpgate then exploded.

Whether Heatmonger survived is unrevealed. But it’ not impossible, given the powers of those people tricked into powering the gate (particularly Warp’s).

Heatmonger has the standard angry and uneducated vibe for the group.

Another sadistic, racist thug. She seems to have an interest in celebs (including super-heroes). Heatmonger appears to play the cheerleading and queen bee role within the group.

“Back off if you know what’s good for you, lady ! You mess with one Aryan, you mess with us all !” 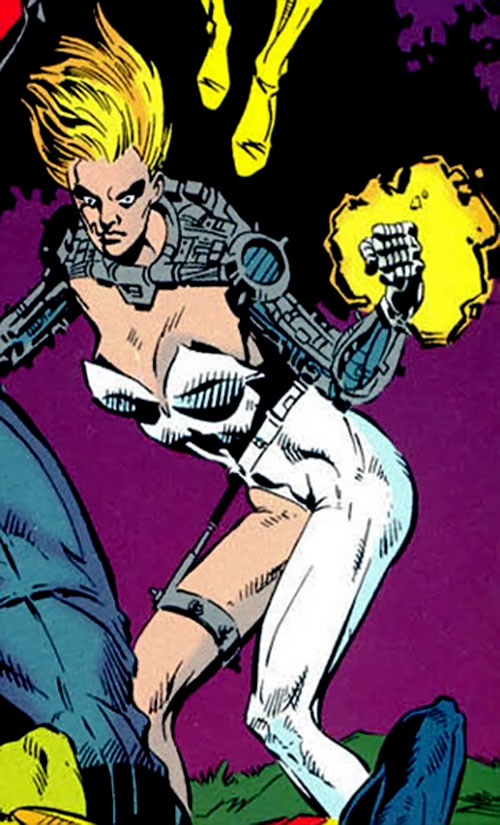 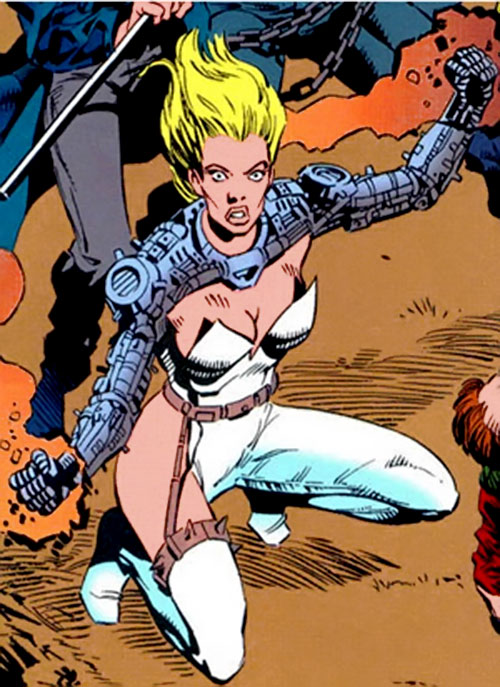