His armour keeps Dennis submerged in a kind of supercolloidal fluid. It also allows him to walk and talk despite being paralyzed from the neck down.

The suit also provides him enhanced strength (’on a seismic scale‘) and protection.

Volunteering to serve in Việt Nam, Murray joined the Navy for a one-year tour of duty. He renewed it twice before returning to attend college on the G.I. bill. Finishing college he returned to the service, rising to Sergeant Major.

While escorting a civilian V.I.P. onshore, he was caught in an explosion. This left him paralyzed from the neck down, and unable to talk.

He leapt at the opportunity of regaining mobility as part of the Order, and became the team’s field tactician and trainer.

When their powers were neutralised by Stane, Heavy was unable to breathe the fluid in his armour. He drowned in it before the others could break through his suit’s defences.

Pretty much the gruff sergeant barking commands at his troops.

Heavy is serious about his role, and doesn’t really interact socially with the other members of the team.

Hera: “Intel says they’re nuclear-powered.”
Heavy: “Maybe all the shooting and punching was a bad idea then.”

Drawbacks:
Limelight, Power Loss (All Powers are neutralized should he become drunk), CPR (Paralyzed from the neck down), Public ID, Fatal Vulnerability (breathing the fluid in his armour without his powers). 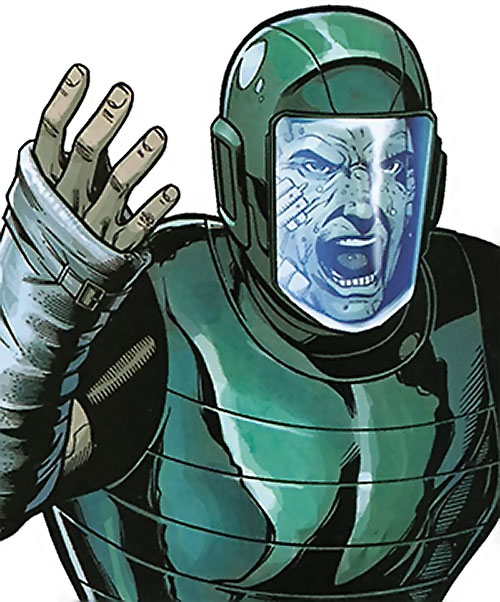 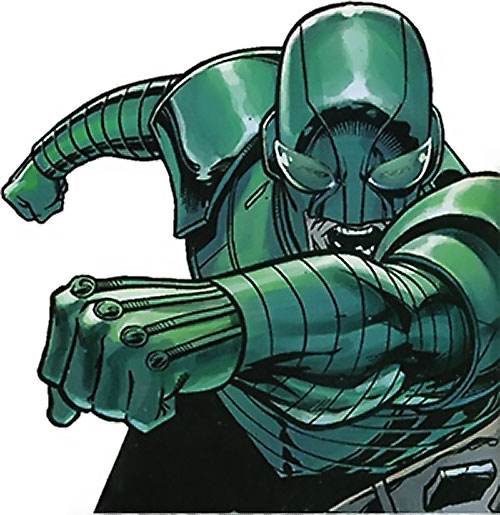