Heidern joined the cast of the The King of Fighters brawling video game with the 1994 edition.

Heidern’s hands can cut and pierce as if they were knives.

Aside of his slashing hands power, Heidern can:

He’s also a highly skilled and disciplined soldier, as well as a field commander of international renown. 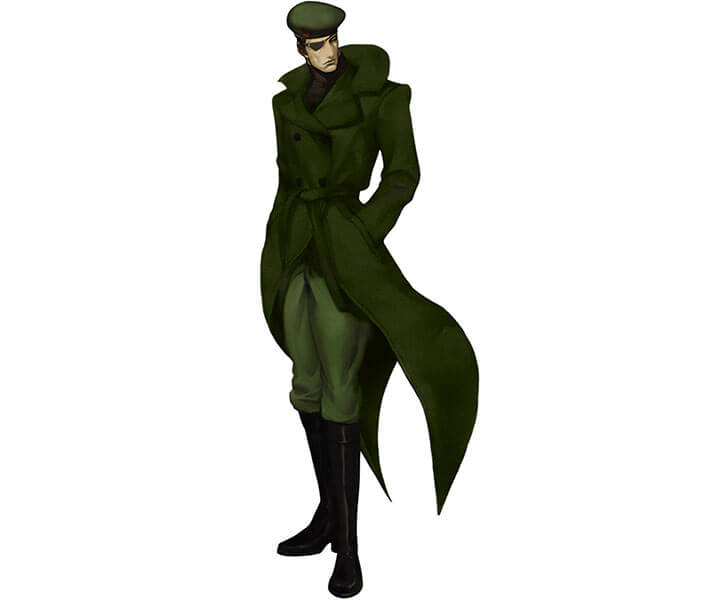 Ralf and Clark were summoned to the remote jungle village of Ikari. The job was to assist Commander Heidern in putting down a dangerous guerrilla rebel force.

This likely took place in Brazil.

(Commander Heidern was named “General Kawasaki” in his first appearance. Game director Eikichi Kawasaki just couldn’t resist putting himself in the game. He has since been retconnedMaking changes to a character or story after the fact into having always been Commander Heidern.)

However, their intel proved to be outdated. The rebel faction had already taken the village and captured Heidern. The pair’s plane was therefore shot down while approaching.

After crawling out of the wreckage, Clark and Ralf elected to shoot their way through an army to reach their objective.

They liberated the village, and freed Heidern. The Commander thanked them for their service and arranged for a military plane to fly them back to America.

(These events happen in Ikari Warriors, a 1986 scrolling run-and-shoot video game. Famously, the game was originally intended to be based on the second Rambo movie.) 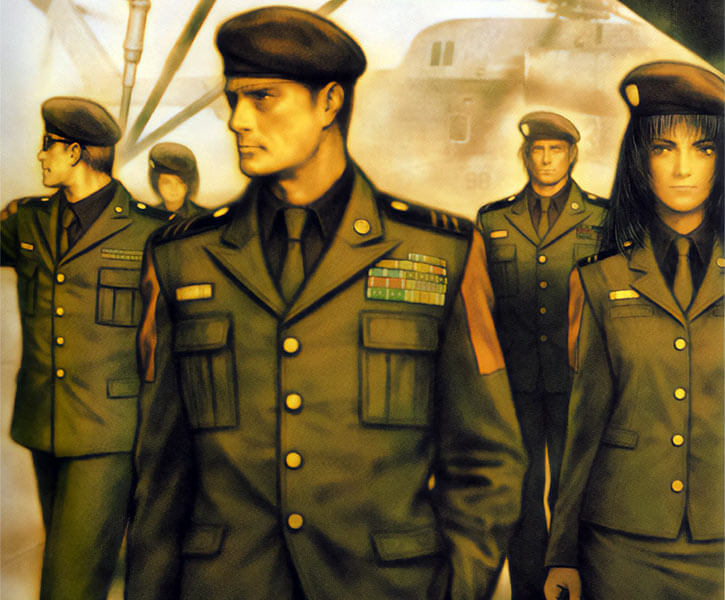 Heidern sent Ralf and Clark to rescue the young daughter of the President (or maybe a Presidential candidate, it’s not clear). She had been kidnapped by the Crime Ghost.

They were able to fight their way through his army of thugs and rescue the girl.

Due to his exceptional track record Heidern was further promoted. He was given his own secret base with a support staff.

However international crime lord Rugal Bernstein had caught wind of this. In order to discourage other agencies from going after his ever growing criminal empire, he would make an example of Heidern.

Bernstein stormed the award commencement ceremony. He reportedly killed some 50 men as well as Heidern’s wife and daughter right in front of him. Heidern furiously battled him, but he was severely outmatched.

Rugal has the macabre habit of turning his slain enemies into statues aboard his flying airship, the Black Noah. But he deemed Heidern unworthy. The criminal therefore plucked out one of the Commander’s eyes before leaving him amongst the carnage.

Heidern then founded the Ikari Warriors Mercenary Group to deal with this threat.

The Group is an ultra-elite paramilitary organization. Despite being called mercenaries, they have an ample budget of their own and never seem to fight for a third party. In fact they behave more like superheroes that have swapped out their spandex for military fatigues.

The Group conducts special paramilitary operations against the worst international criminal organizations. They could easily be a classified branch of Interpol. Or at least the fictional version of Interpol, commonly seen in games and comics.

While Ikari Warriors Group operatives Ralf and Clark have seemingly been disavowed by the US military, that could simply be a cover.

Sometime after this, while out wandering in the jungle, Heidern came across a young girl scared out of her wits and covered in blood.

Upon further investigation he found a nearby village that had been massacred. The girl was the sole survivor.

She reminded him of his dead daughter Clara. Heidern eventually adopted Leona, hoping that she could fill the void in his heart and live a better life.

It goes without saying that he began training her in all manner of military skills from a young age. 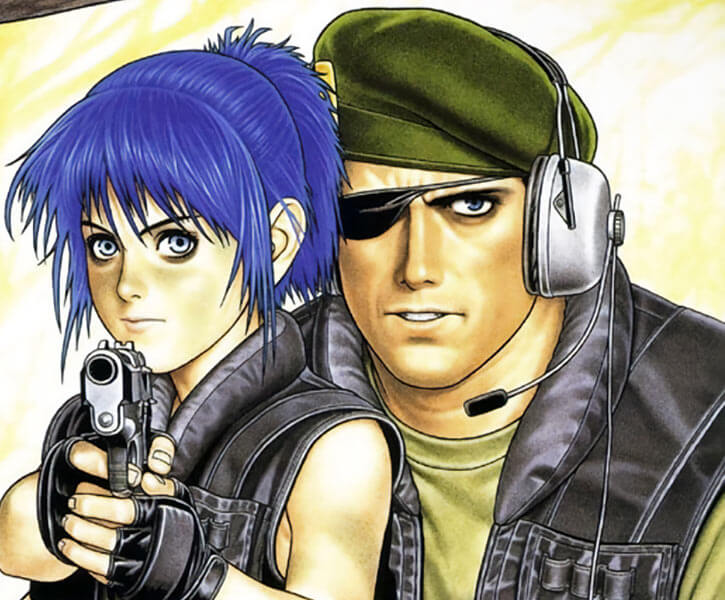 Heidern swore vengeance. He ordered Ralf and Clark to accompany him as they participated in the KoF tournaments that Rugal was hosting. His hope was to make it to the finals to get a shot at him.

The Ikari Warriors are said to be a prominent team. So one imagines that they made it far, perhaps to the semi-finals. Yet, they washed out of the tournament. It was Kyo Kusanagi and his Japanese Team who went on to defeat Rugal.

Rugal seemingly perished when his ship went down. But he reappeared alive and well the next year to host another tournament. Albeit fitted with cybernetic enhancements – as super villains tend to do.

He was finally killed for good at the culmination of the 1995 tournament.

With Rugal dead Heidern felt a sense of closure. He went into semi-retirement.

He was still actively involved and the leader of the Ikari Warriors. But he mostly remained at the secret base to quarterback operations assigned to his younger operatives.

The Ikari Warriors were assigned to participate in the 1996 tournament. The mission was to keep an eye on recently returned kingpin Geese Howard. For this job, Heidern had his daughter Leona take his place in the tournament. 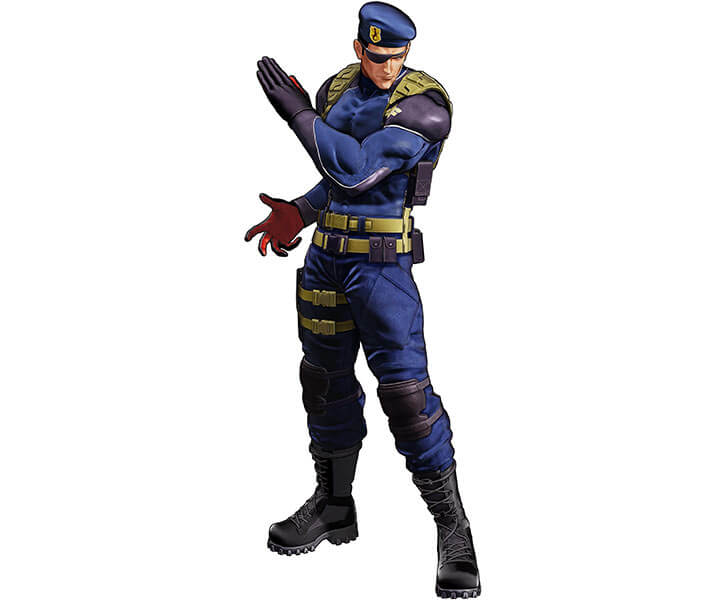 (Heidern was aware of the following events. But he did not have a significant field role for most of the rest of the series.)

The Ikari Warriors Team did well in this tournament. They reached the finals, but they had to drop out – during the climax Leona entered the Orochi Riot of the Blood.

The Orochi are an ancient race of demons, hell bent on destroying humanity. They had been manipulating events to gauge, then wipe out the strongest Human fighters.

The Orochi made themselves known during the climax. Leona lost control as she was actually a descendent of their clan. Clark and Ralf were able to subdue her.

They then helped her come to terms with her dark heritage over the following year.

Clark got time off to help her deal with this, but Ralf was too senior to get a leave. He therefore feigned incompetence during a mission. As he planned, he was suspended over this, freeing him to help Leona deal with her trauma.

The next tournament changed the rules. It now featured four-person teams instead of three-person ones.

Although she didn’t speak much the team eventually bonded. They grew to consider her a comrade in arms.

Whip mysteriously went missing during the tournament. The team frantically searched for her.

Whip resurfaced as part of K’s team along with Maxima and Kula Diamond.

The Ikari Warriors sought a confrontation with them, but K’s team eluded them.

Whip rejoined the Ikari team in 2002.

The Ikari Warriors were tasked with locating the Sky Noah. This mysterious ship was said to be connected to one of their former nemeses.

However, the Orochi seal was broken again. The mission thus went awry when Leona underwent the Riot of the Blood. Ralf and Clark were again forced to subdue her.

Shortly before this tournament, Ralf and Clark attended the funeral of their comrade Jim Aldgate.

After the funeral Heidern voiced his concerns over the revival of the Hakkeshu (a pro-Orochi organisation) and the breaking of the Orochi seal.

The Ikari Warriors participated in all of the tournaments after that. However, they never had a major impact on the main storyline.

They were able to retrieve the main villain Magaki’s corpse. But it was taken from them by two members of Those From the Past. The Ikari Warriors Group thus couldn’t run lab tests on the body. 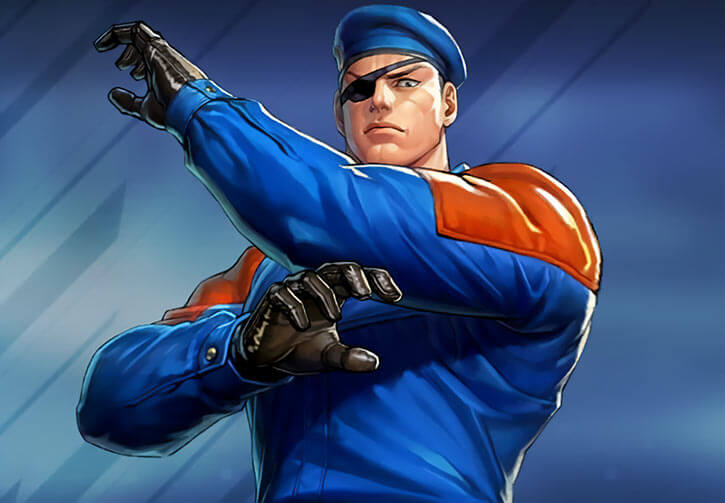 Heidern wears a military uniform with a somewhat sinister vibe.

He has a patch over his right eye and speaks with a deep gravelly voice that can often be heard barking orders.

He also has a fearsome presence that demands respect and loyalty befitting of a military commander.

“You can’t win against real style like us, bozo !”

“You say you let your guard down ? I think you’re just a weenie !”

“I’ll say one thing: I am invincible.”

“You were like a shooting star. Your ambition was the cause of your destruction.”

“Don’t you get it ? Lost concentration is death.” 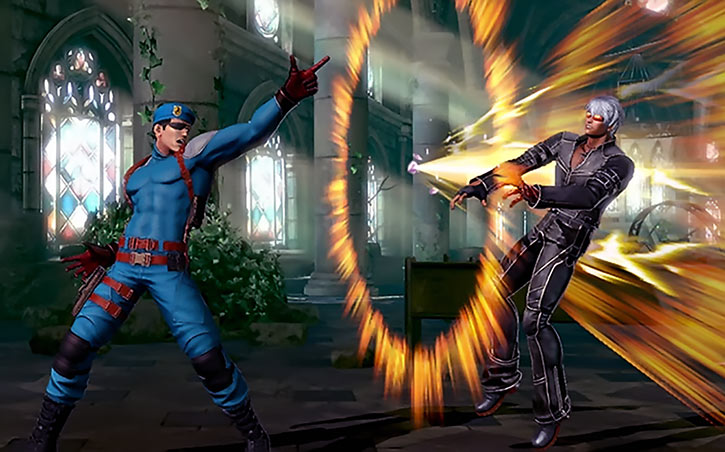 He likely has a lot of other connections with other international intelligence, military, and law enforcement groups. His Military Credentials likely aid in this, but he seems to have a lot of Connections otherwise not covered in the above, but not quite enough to give him Omni Connection.

After Rugal was finally killed once and for all when the Orochi power consumed him, Heidern has managed to put all this behind him. He has settled into a comfortable semi-retirement and mostly operates as the field commander and trains news recruits.

Leona, his new adoptive daughter, also helps fill the void of his lost loved ones.