Helio is light as air, never touching the ground unless he takes special measures (such as weighted shoes). He can fly at transonic  speeds under his own power. Helio can also manipulate air through a meld of telekinesis and speed. These winds can be made to reach hurricane-like speeds.

He seems to be quite strong and to have excellent reflexes. Presumably, part of his very short reaction time is derived from the unbearable lightness of his being .

Helio is occasionally asked to use his air manipulation abilities to trigger what he calls “airquakes”. He displaces large quantities of air to create a shockwave over large areas from the sudden pressure differential. These shocks are not sufficient to hurt people, but may create damage similar to a minor earthquake’s.

He can also perform the common air control tricks, including the spiralling around an opponent to catch him into a low-pressure vortex and force him to the ground manoeuvre.

If there’s sufficient space, Helio can fly into his opponents and use the force of the jetstream (and to an extend his fists) to hit them. This attack is very fast, and delivered with enough force to affect superhumanly durable opponents. He will often put Hero Points  behind this attack.

He can also deliver “conventional” Air Control attacks as beams of accelerated air, and displace objects (by placing a cushion of high-density air under the object or person he wants to move).

Helio is assumed to be either a Deviant or an Inhuman. He has been serving, along with Phobius and Gronk, as the small cadre of enforcers and agents known as Mælstrom’s Minions. They’ve been around since at least 1981. 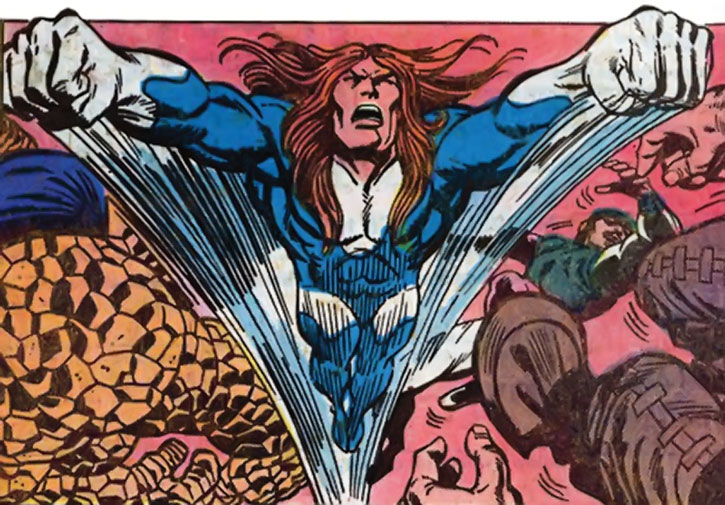 During Maelstrom’s next big plan (to absorb the power of Earth’s rotation within itself, likely destroying the planet in so doing), the Minions were of course at his side. The crisis drew in a whole roster of Avengers from both coasts, however, and the Minions were completely outmatched.

Helio did not realise this initially. He confidently met a pair of Quinjets and a number of flying Avengers with his hurricane-force winds. However, he soon fell under the mental influence of Starfox and ended up serving as guide for the Avengers to Maelstrom’s base. Phobius snapped him out of it, but Helio was soon taken out with a mere flick of Wonder Man’s finger.

Helio and the rest of the Minions were also present to assist Maelstrom when he stole Quasar’s Quantum Bands. As “Leo” he was disguised by an image inducer. Maelstrom, under his alias as Malcolm Stromberg, invited Quasar and his colleagues in his property under the pretence of discussing business.

The Minions were again overwhelmed by the opposition during this caper. Helio was helplessly slammed aside by the Ghost Rider (Ketch), and later turned into a goose by Sersi.

The Minions and another set of servants of Maelstrom, the Weird Sisters, later executed on instructions left by Maelstrom to bring him back and imbue him with great power. They did that by draining the life force of a select set of Deviants, Eternals and Deviants-Eternals hybrids.

The Minions and Sisters were successful, though Maelstrom’s bid for power was eventually foiled by the Fantastic Four and a number of Eternals.

Helio is very much certain that he’s the lord of the air, and that he can beat anybody when he’s in his element. Like the other Minions, though, he’s very much afraid of Maelstrom, who wields immense power over him.

He generally tends to be overconfident and arrogant, and to treat opponents with contempt. This can easily lead to dumb mistakes.

Equipment:
Can be equipped with Gadgets provided by Maelstrom, including image inducers. 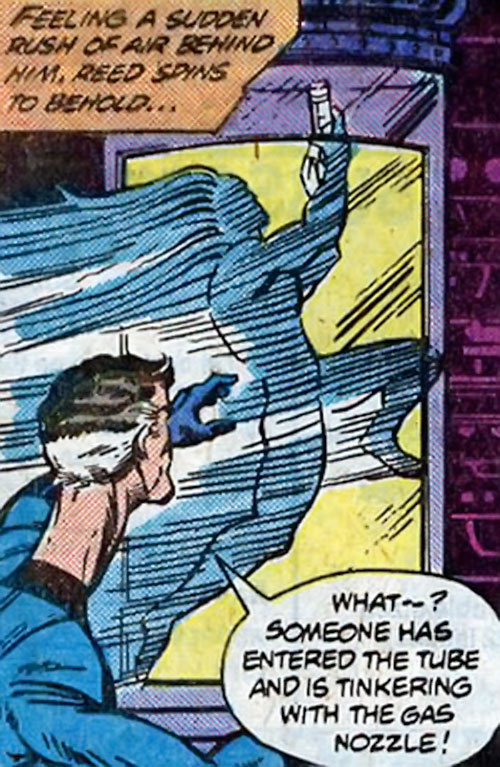 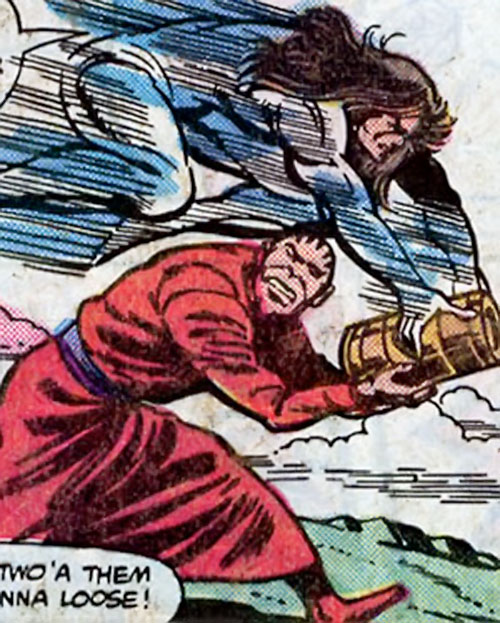