It takes several rockets to drop one of these things for good. They can throw globs of green fire or rend enemies with their claws, either of which can inflict serious damage. Luckily, their aim is not great and their balls of fire are pretty slow.

The Hell Knights and Barons are mid-level “lieutenants” and may even be the leaders of small groups of demons.

These guys look like the Greek god Pan on steroids. The Hell Knights have beige skin while the tougher Barons of Hell have light red skin, but otherwise they look identical. Raaar!

Roar in challenge of any mortal presence, then advance while throwing flames until they are close enough to claw at their enemy, assuming said enemy has survived the prior attacks.

Note:
With the combination of Strange Appearance and use of the Force Character Interaction Maneuver (since a Hell Knight’s STR will usually be higher that of the enemies he encounters, unless he is fighting superhumans), Intimidation checks will enjoy a -2CS to OV/RV, making Intimidation fairly powerful even at 3 APs.

Drawbacks:
Strange Appearance, Catastrophic Rage (if hit by an attack that is not an Hell Knight’s or Baron’s fireball, will almost always attack the offending creature even if it is an ally).

Note:
Hell Knights and Barons have the same stats except that the Barons have BODY 11 SPI 06, 15 HPs and a Low Connection to the forces of Hell. 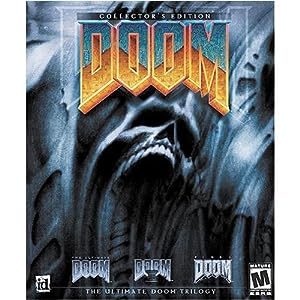 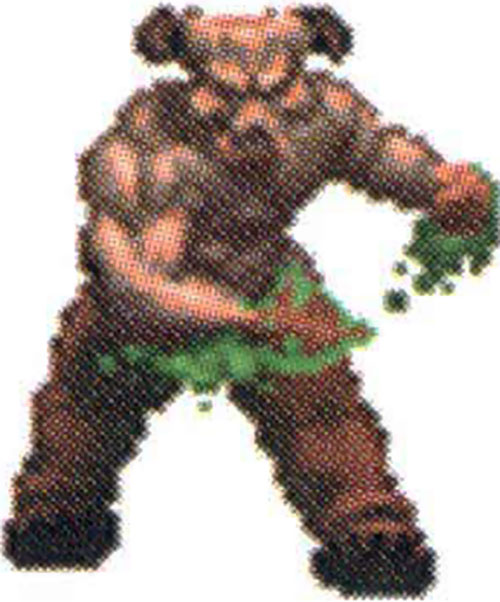 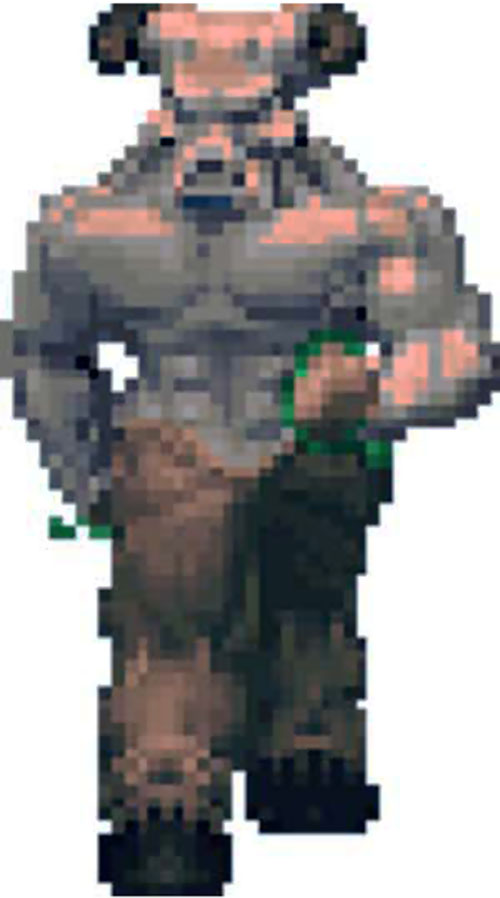 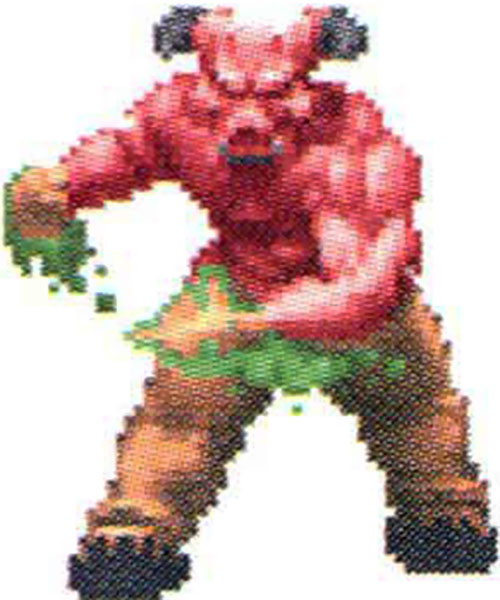 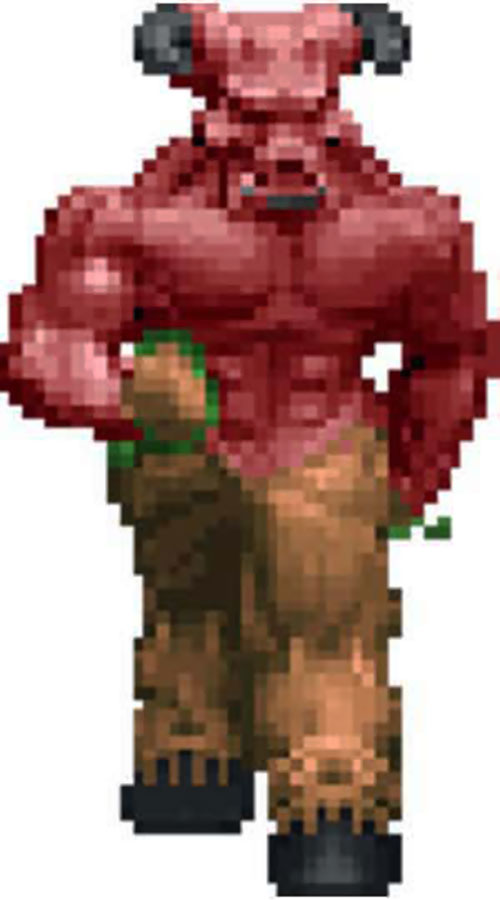