Beyond the standard Elemental abilities, Hellfire can :

Though he’s not very accurate, his flame can ravage large buildings within minutes, or fry large swathes of terrain. His fire is not purely mystical, though. Thus, if there is no oxygen, he will not be able to generate any.

Like all the Elementals he sees himself as a grandiose overlord, to be unquestionably obeyed by all sorts of lesser creatures.

Usually, Hellfire does the talking, but gradually dissension, power plays and caprices will appear as the other Elementals start talking. This exasperates Hellfire, though he tries not to show it in front of outsiders.

“Hydron would kill you, you know, without one moment’s pause, but I’d rather persuade you to join us freely — or perish in the fury of my flames !” (fwooosh)

“This is your fault, Zephyr ! You swore your soul-spell could not fail !”

Drawbacks:
Arrogant, SIA toward Power, Serious Rage, SIA toward toying with his victims, Attack Vulnerability (all OVs/RVs are capped at 04 when attacked by surprise). 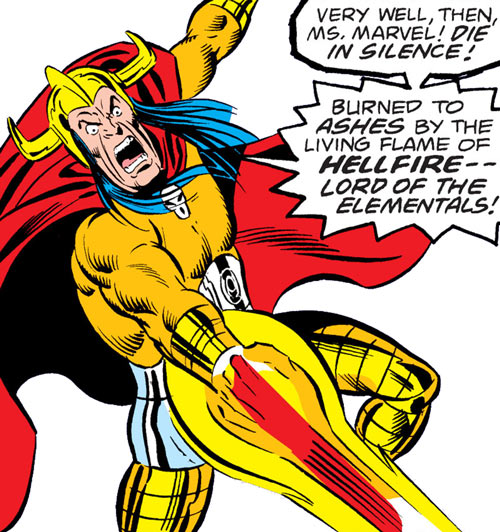 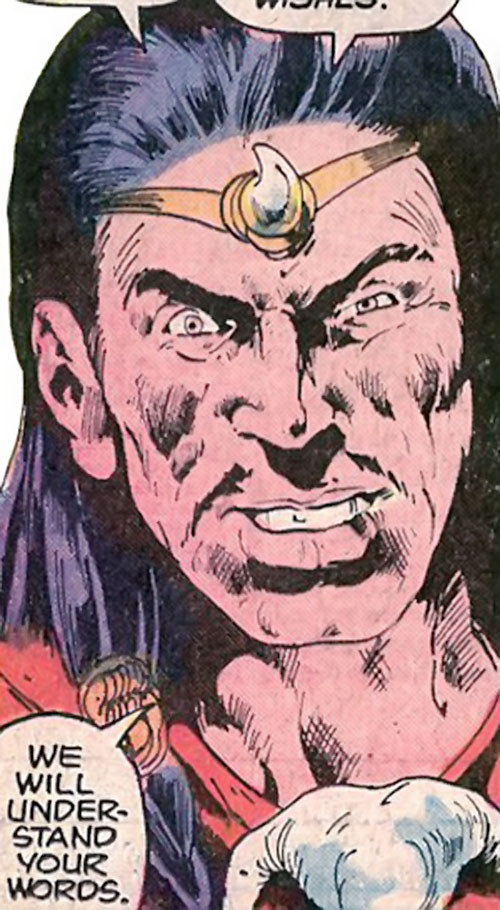 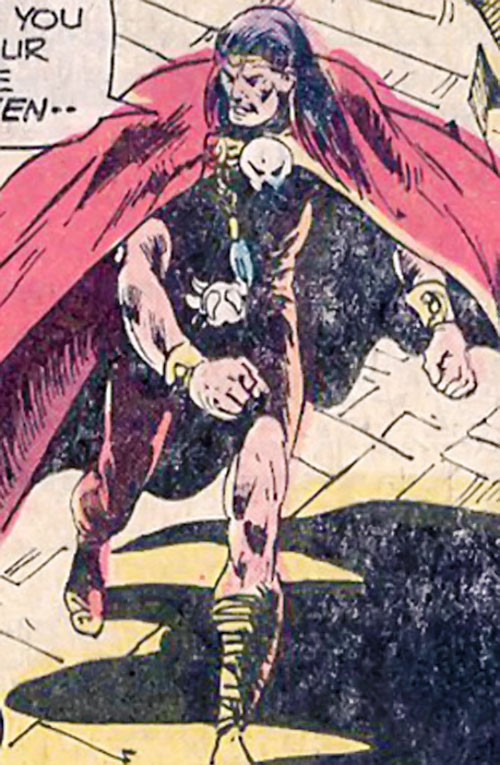