For more about the Secret Warriors, see their team profile on writeups.org.

J.T. can channel hellfire, primarily through a chain he usually uses in combat.

The exact extent of his abilities is unknown, but may well have been greater than this. He appears to have been among the mystical characters considered (however remotely) candidates for the role of Sorcerer Supreme.

A slacker, with little ambition or drive, and stuck in a dead-end job, J.T. discovered his powers when confronted one night by the brother of a girl he was hanging out with. The man had a chain he threatened J.T. with. When J.T. touched it, it burst into flames, which didn’t hurt J.T..

A few weeks later he was approached by Daisy Johnson, who knew about his powers. She revealed he was actually the grandson of the original Ghost Rider (or Phantom Rider), and had inherited his powers. She recruited him to Nick Fury’s team of Secret Warriors, and J.T., given the codename Hellfire, went along mainly due to an attraction to Daisy.

He was generally dissatisfied with the spy lifestyle, which didn’t turn out as exciting as he might have liked. He did begin a relationship with Daisy, though, which kept him around, but did little to make him think their mission was worth it.

After the team robbed a HYDRA-owned bank, J.T. was incensed that all the money was to go to funding the Howling Commandos, without any of them being allowed any to spend to enjoy themselves. He took some anyway, and used it.

This proved a mistake, as HYDRA used it to find him, and forced him to become a double agent. He agreed on the proviso that Daisy wouldn’t be harmed. 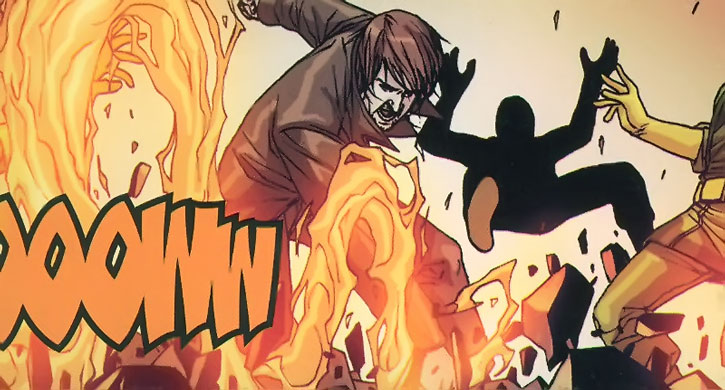 He fed them information on Fury’s activities, including the team’s attack on Gehenna. As a result, the team and Fury were ambushed when they infiltrated Gehenna, and had to fight their way out.

Phobos was killed in the escape, and Hellfire helped Fury cover the escape of the others. The fight ended with Hellfire falling back towards a chasm, only to be caught by Fury.

Holding him dangling there, Fury revealed he knew Hellfire had betrayed them. Fury asked him if he really loved Daisy. Hellfire said he did. Fury admitted to seeing Daisy as a daughter. But that didn’t stop him letting Hellfire fall to his death.

Cynical and cocky, Hellfire doesn’t seem to believe in much. He joined the team looking for excitement and because of Daisy, but doesn’t really believe their mission can change anything. 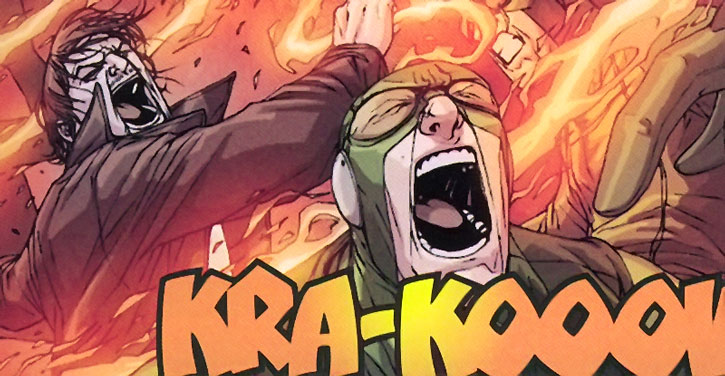 He isn’t hesitant about jumping into a fight and protecting his friends, but wouldn’t sacrifice himself for an ideology.

“All I’m saying is, this is not what I signed on for. I don’t think I’m out of line. I think I’m being perfectly reasonable. It’s not like I’m asking for the ultimate spy experience. Do you hear me whining about Fury not giving me a Ferrari with ejector seats ? No… hey, J.T., where’s your jetpack and wristwatch laserbeam/coffee-maker combo — nowhere in sight. And it goes without saying it ain’t no kinda right that I have neither received — nor had the chance to steal — any money. But do I complain ?”

“Daisy, I hate that guy [Nick Fury]. I think he’s a delusional, bitter old man. I think he’s fighting a war that’s been over a long time. I think we’re wasting our time and trying to change a world that doesn’t want to be changed. The only reason I stick around is you.”

Hellfire would be the grandson of the original El Diablo, Lazarus Lane.

Bonuses and Limitations:
Flame Project has a Range of Touch (-1), but may be used via a focus object such as his chain (+1).

Source of Character: Marvel Comics (Covers up to Secret Warriors #22). 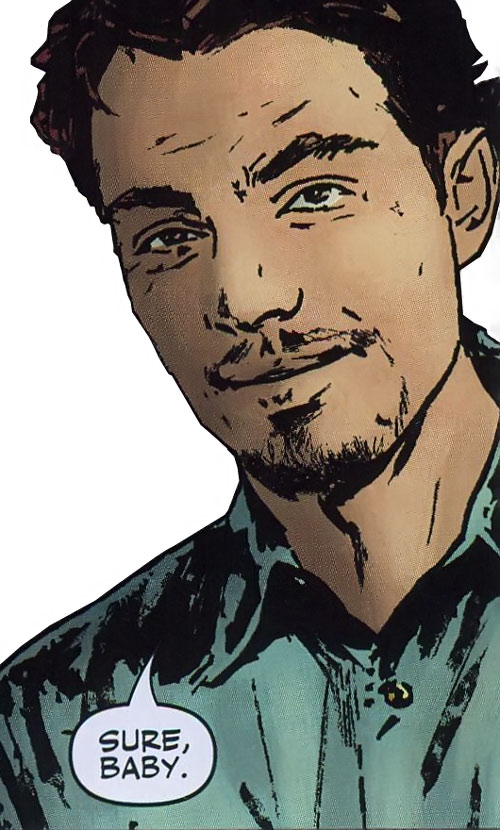 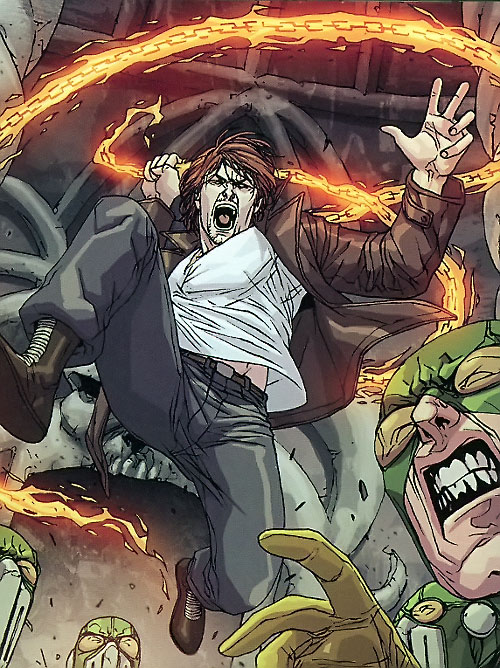 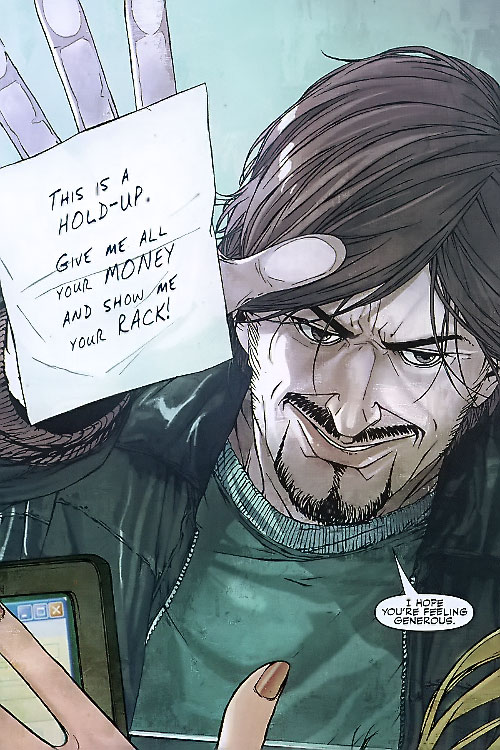