Pinhead is an extremely powerful demon. As such, he has access to several supernatural abilities. He is nearly physically unstoppable and invulnerable. He easily terrifies hordes of humans and can persuade anyone to do nearly anything.

His favorite attack form is creating chains with hooks attached to perforate opponents and savagely mutilate them. These chains are subject to his total mental control and he may direct them any way at will. The chains may even change shape after having attached to a victim.

His magics are also used for creating objects out of thin air, teleporting, creating explosions at distances and fooling opponents with illusions. Pinhead knows a lot about magic rituals and the rules about magic.

He enjoys to create an army of Cenobites from the victims he has just slaughtered. These may be physically manipulated to resemble anything he sees is suitable and he may grant them several new abilities in the process.

Pinhead is also very strong although he rarely engages in physical combat, instead letting hooks and chains do the combat. To give him an additional edge over his opponents he also has the ability to read their minds.

Elliot Spencer was born sometimes in the 1800s. He participated in the Great War of 1914-1918 as a Captain on the western front. After the war he experimented in the field of the occult with a so called Lament Configuration Puzzle Box.

The box was an ancient creation used for creating dimensional apertures to summon demons or travel between dimensions. Spencer activated it, was attacked by chains with hooks from the box and taken to a subdimension of Hell, the Realm of the Cenobites. There he was put for eternal torture being strained in a net and punctured by spikes. 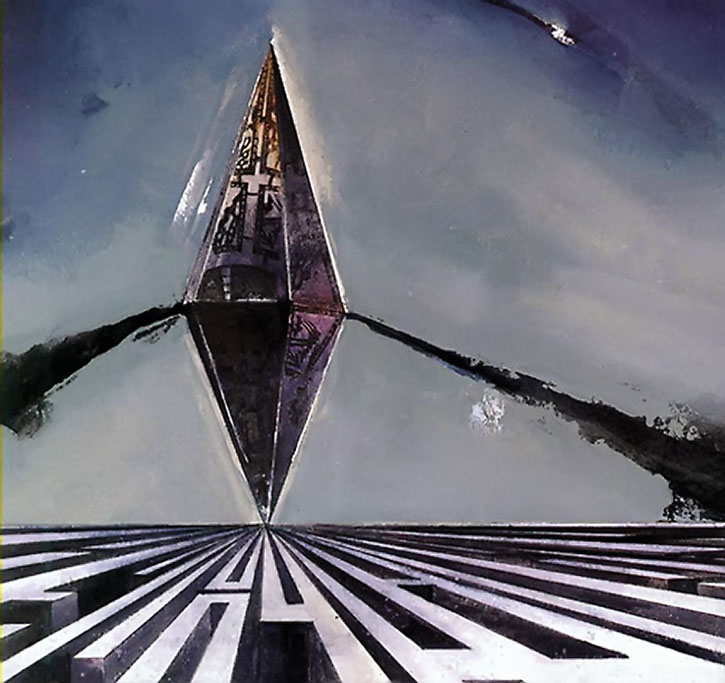 Somehow a new being was formed from Spencer. It called itself Pinhead (after the scars he had gained from the torture) and Spencer himself was free to leave Hell. Pinhead, forgetting his origin, served Hell for several decades as a powerful Demon Master of Pain.

Eventually he was summoned to the Earth realm several times using Puzzle Boxes. After having committed abominable slaughters, he was always sent back to Hell using the same Puzzle Box (Hellraiser I-III).

It was eventually shown that Pinhead truly originates from a much earlier period than Spencer himself. He seems to have been active at least from the 16th century when one Puzzle Box was built in France.

The family line of the man who unintentionally built that Puzzle Box, one John Le Marchand, has fought to defeat and destroy the Realm of the Cenobites ever since. In the year 2137 Pinhead and company were captured onboard a space station. It blew up in a spectacular light-energy based explosion and this was seemingly the end of Pinhead.

Pinhead looks like a strange, bald and black-leather-clad tall man. His head is covered with scars resembling the structure of a net and pushed into the head are spikes at every cross-point on those scars. This makes for a horrific sight.

His eyes are sometimes normal and black, sometimes they’re completely black. Only the head and his hands are without clothing as is sometimes parts of the chest.

Instead of nails he’s got sharpened hooks. Pinhead commands a powerful, dark and terrifying voice. His body language is always slow and cool as if he never was in a hurry. Usually he has a vicious face expression while studying a victims reactions.

Pinhead is a truly diabolic and satanic creature. He is obsessed with pain and calmly observes (sometimes raging into terrible laughter) the victims squirming around as he just hooked them with chains and hooks (while giving some tormenting comment). He acts extremely proud and arrogant and always underestimates an opponent.

He speaks in a very persuasive, eloquent and grand manner and is almost impossible not to listen to. However, he’s often much too overconfident and plays long with his victims before terminating them which usually is his undoing. There is nothing he enjoys better than observing “the sweet suffering” of his opponents.

Humans are only flesh with which to toy and enjoy. The only reason he wants to come to Earth is that it contains multitudes of flesh which he will make suffer. He very rarely speaks to his Demons and if he does it is issuing an order. Only Cenobites of equal ranking as himself, as for example a Cenobite Princess, may be spoken to as an equal.

“Do I look like someone who cares what God thinks ?”

“Pain has a face. Allow me to show it to you, gentlemen.”

“Darkness is where you find me.”

“What you think of as pain is only a shadow.”

“I am so exquisitively empty.”

“Suffering is the coin of the Realm.”

“It is your flesh we want to experience, not your skill at bargaining.”

“Your suffering will be legendary, even in Hell !”

Well, there’s always room for another demon lord in the DC Universe. He’s extremely powerful and an adventure could easily be centered upon him as the adversary. To actually play Pinhead would be a real challenge for any Gamemaster…

Drawbacks:
Catastrophic Irrational Attraction to inflicting and glorifying pain, Enemy (the Le Merchant family line), Uncertainty (actually, overconfidence), Strange Appearance, Attack Vulnerability -4CS vs. light-based attacks, Misc. Pinhead is subject to the rules of Hell and as such must be summoned to Earth in order to enter it.

Equipment:
Lament Configuration Puzzle Box [BODY 04, Dimension Travel: 30, Claws (ML): 20, Self Manipulation (ML): 01, Snare (ML): 20, Bonuses: Claws have a Range of 5 APs ; Limitations: Snare is only usable in conjunction with Claws ; Dimension Travel is only usable between the Earth and the Realm of the Cenobites.
Note: The Self Manipulation represents its ability to respond to any users handling of the Box. This Box is one of the allowed ways to summon a Cenobite. A Cenobite must be given the box in order to be allowed to use it. Anyone understanding the box may use its Dimension Traveling power which is mostly only used for Dimension Travel (Banishing). The Box also actually seems to have the potential for destroying the Realm of the Cenobites. Failure to solve the Puzzle Box results in an attack by ’Chained Claws’.]

Whenever a Demon is made from a victim the APs of Enchantment is added to his/her former abilities. These APs are usually not used for DEX increases, but used for a slight increase in STR, a huge increase in BODY and the granting of one attack power at some APs. In some cases Mystical attributes are also raised. As per the Mutation rules the victim gains the Strange Appearance drawback.

Becoming a demon automatically grants the victim all the adds and cons of being a demo such as the Motivation: Nihilist. These demons, Cenobites, will thereafter be part of Pinhead’s group under his Leadership. 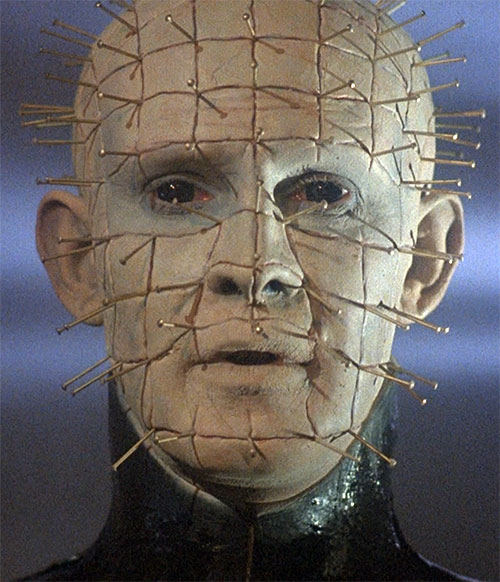 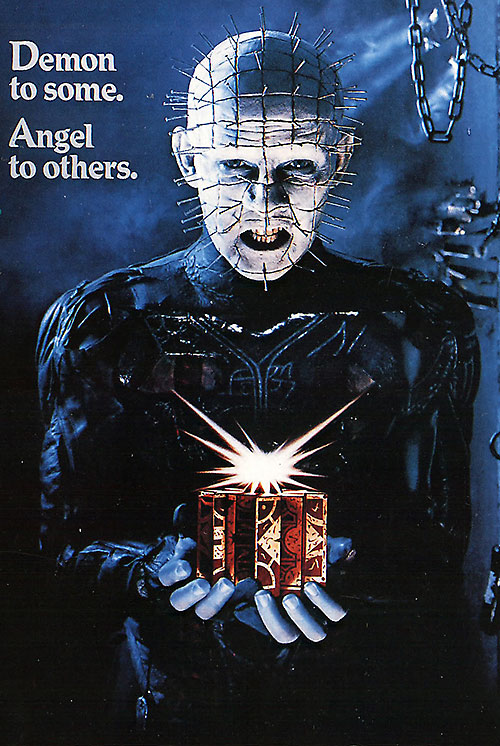 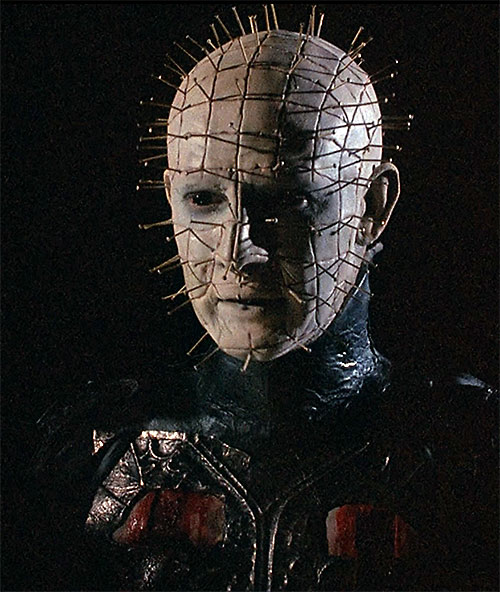