Hellrazor has explained he was “completely kineto-synthetic”. Which apparently means that he can draw on outside energy sources to augment and replenish his strength and stamina.

Apparently the normal environment with the sun, movement, etc. is sufficient to give him inexhaustible physical endurance, superhuman strength and a remarkable degree of agility and speed.

His phrasing gives the impression that these have a cap. Once that cap is reached, additional energy simply refreshes him.

An important component of his firepower is his bracers. They include razor-sharp talon-like blades, and can fire bursts of knife-shaped metallic blades. Where the ammunition comes from is unclear. Hellrazor is a dead shot with those, able to threaten even such agile opponents as the Black Panther (T’Challa) or Spider-Man (Peter Parker).

However, when he found himself out of Hero Points  and disarmed, his confidence completely deflated.

Hellrazor was, through intermediaries, hired by Roxxon Oil. This company was running a campaign to destabilise Wakanda and obtain access to its famous Vibranium  reserves. The first part of the operation was to publicly kidnap then execute the director of Agar Ores. This company had an history of abusing Wakandan mineral resources.

During the kidnapping Hellrazor was disguised as the Black Panther. Roxxon trusted that these images would be much louder than any denial from Wakanda.

Soon after Hellrazor, in his usual costume, showed up at the Wakandan embassy. He challenged the Black Panther, calling him a murderer in front of the cameras before shoving him inside to kill him out of sight. However, Spider-Man was also present, and the duo defeated the villain in short order.

Roxxon had never really expected Hellrazor to kill the Panther. But sending him in had given a new bounce to the accusations of murder made against the Black Panther and Wakanda.

Scourge of the underworld

Hellrazor likely spent years in prison. Whatever career he might have had next was obscure. When he appeared again, nearly a decade after the case chronicled above, he complained nobody knew about him.

This second appearance was also his last.

He answered a call for a meeting among C-list supervillains to discuss the menace of the Scourge of the Underworld, who was preying on their ilk. This meeting turned into a death trap, since a Scourge had infiltrated it as a bartender. Hellrazor, like the other villains present, was seemingly killed by the assassin.

If you want to bring him back, his vague absorption/replenishment abilities are probably sufficient as an explanation.

Between his first and second appearance, Hellrazor had gained a scar over his right eye. Maybe a prison fight ?

Hellrazor sees himself as an unstoppable tough guy. He seems thinks nobody could possibly be much tougher and faster than he is. He’s boastful, loud-mouthed and cocksure, but neither observant nor talented at thinking ahead.

He’s not a low-class thug, though. He seems to be a fairly professional mercenary, delivering a decent and serious level of performance and scrupulously obeying orders.

He seemed to want to develop his rep through flashy assignments involving international politics and other high-profile issues.

“Idiot ! My wrist-blades are more than a match for you paltry webbing !”

“In case you didn’t catch it, the name is Hellrazor, Spider-man — but you can call me your executioner !”

Drawbacks:
Loss Vulnerability (lack of exposure to ambient energy nullifies all Powers and lowers all Physical Attributes and his Acrobatics to 03).

Some stats are tentative due to low amount of material.

Hellrazor is visibly an aggressive combatant, budgeting his Hero Points to kill within 6-7 Phases. His more experienced opponents just started Laying Back and keeping their OV high enough to compensate for the HPs Hellrazor was using for AV until he ran dry. He may be immune to fatigue, but not to HP loss ! 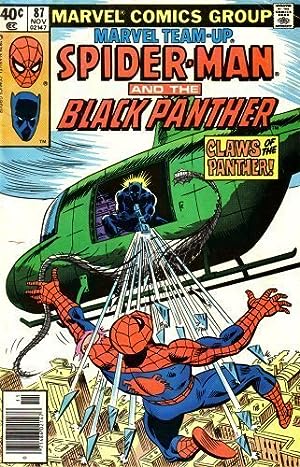 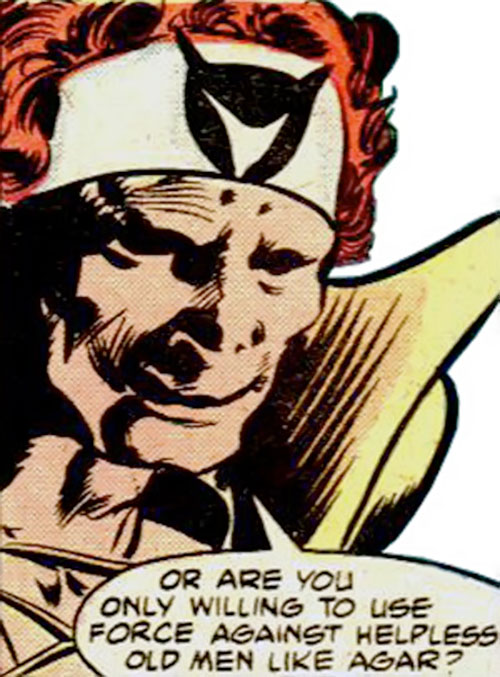 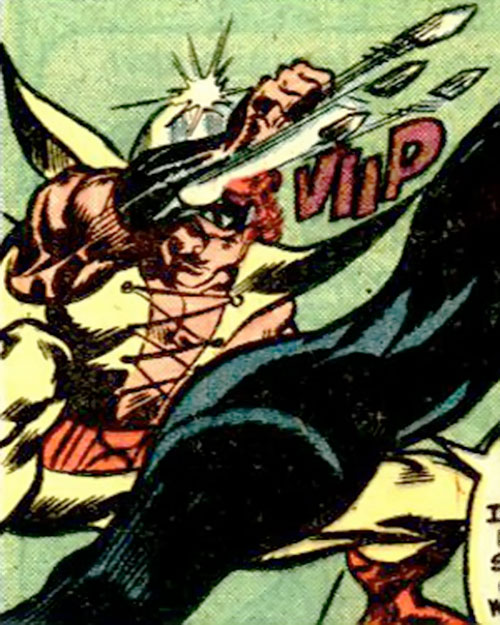