Hellslayer is an expert sharpshooter and gunfighter.

She’s also pretty athletic, and might have military skills.

She seems fluent in English, Spanish and French.

Hellslayer originally carried a plasma rifle – sometimes two when she doesn’t have to carry them for too long.

She replaced these by what seemed to be reinforced gloves capable of both punching hard and shooting plasma beams. However these apparently took too long to cycle shots, and she returned to more conventional plasma weaponry – namely a pair of pistols.

Her backup piece looked a bit like an H&K USP 9mm pistol.

Secondary sources insist that she has been activated as a Seedling , and it would make sense for her to have powers as a MERCs member. A very early secondary source puzzlingly mentions a great level of strength meaning that she’s unlikely to bother with weapons (??), but this clearly was dropped.

No powers are actually visible, and her markswomanship, while good, doesn’t seem enhanced. She once missed Flashpoint at a pretty close range.

One notable incident is when she accidentally downs her colleague Brutus in one shot. By contrast Flashpoint, who fires powerful optic blasts, took several good hits to achieve the same effect.

This presumably was just meant to speed the combat scene (which was not important to the plot). In RPG terms it would be explained as an unfortunately high roll (a double in MEGS, a critical hit in M&M).

Gamemasters who think that Hellslayer should have powers can however use this scene as a justification. In this hypothesis she can somehow enhance the power of plasma bolts from her guns.

She might even be able to buff all her ranged attacks, though in any case it would be limited to direct, single-target impacts.

In MEGS term that might be Sharpness: 05 applied to her guns’ Energy Blast and perhaps Projectile Weapons (via a limited form of Enchantment). In M&M it would be Ranged Damage 6 (Limited 1 – can only use as many Ranks as her weapon has Ranks of Ranged Damage) which is added to her weapon’s Damage Effect just like with Strength-based Damage. 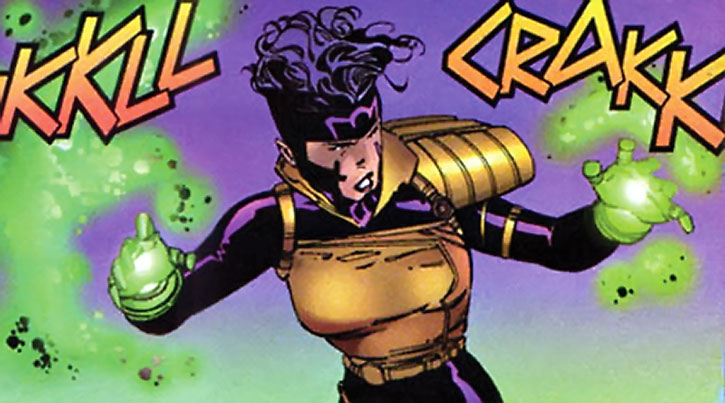 Hellslayer’s plasma gloves, taking too long to charge up for a shot.

This is coherent with what little was observed from her performance and makes her fit better within the MERCs. Hellslayer seldom gets to hit anybody, so this one successful shot is significant.

Still, there is nothing to seriously support that hypothesis. It is just meant as a random idea for GMs who want to use the MERCs in their campaign.

Hellslayer is a member of the MERCs who participated in all of their missions.

According to secondary sources she’s from Venezuela, and is the daughter of a junta leader. He twisted her with his ruthless paranoia and made her into a killer.

She was apparently already an accomplished killer, and perhaps terrorist, when she was recruited into the MERCs. Hellslayer survived the Armageddon along with Brutus and Razer.

See the Deathtrap and Razer entries for more about known MERCs missions.

Hellslayer has a distinctive tattoo on her brow and cheeks, and is an occasional smoker. She had a pierced belly button before it went mainstream.

In her civvies she tends to dress in a clubbing-inspired fashion.

A ruthless killer and mercenary. She’s brave in battle and likes to fight and settle scores – probably a bit too much for her own good. After Kilgore’s death, she becomes the most aggressive MERC.

Like the other MERCs, Hellslayer has no problems working for demonic space aliens or very evil Fu Manchu types.

“This time we’ll finish him off along with that motley crew of his !” 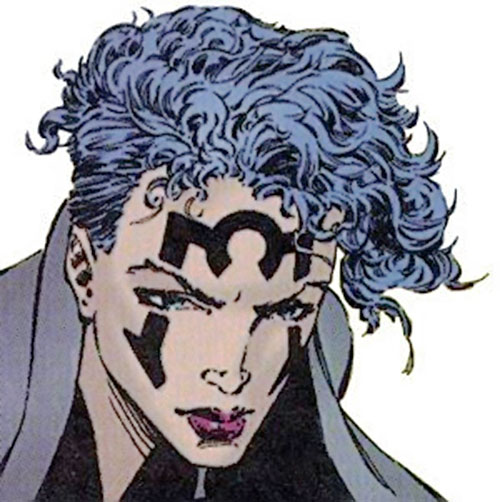 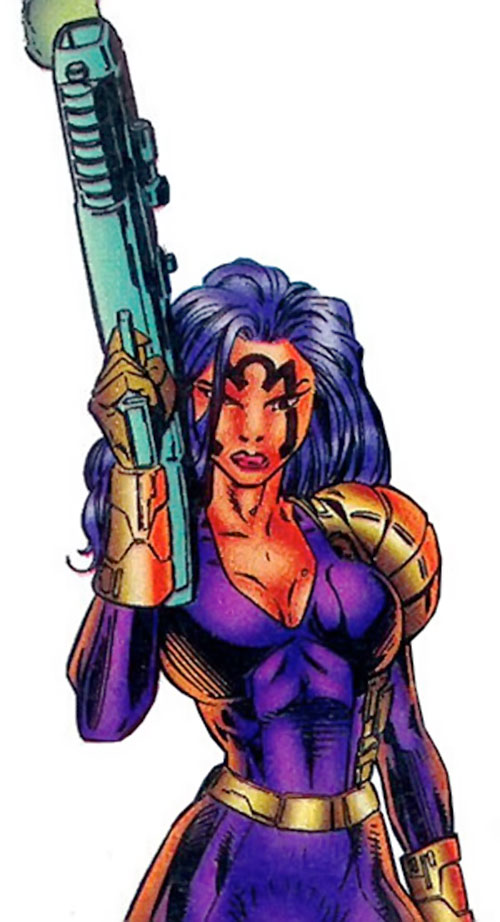 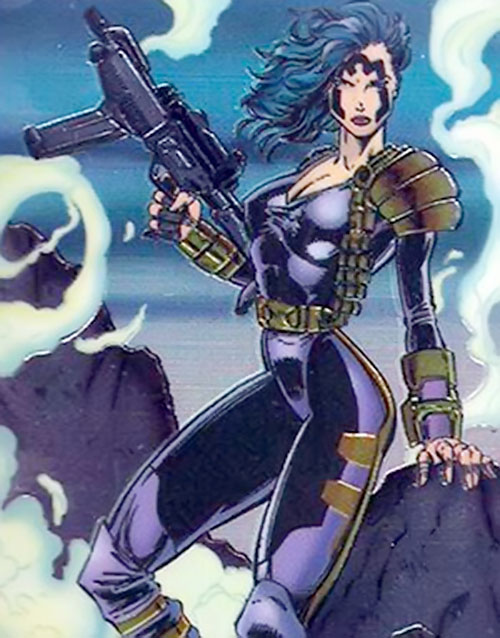 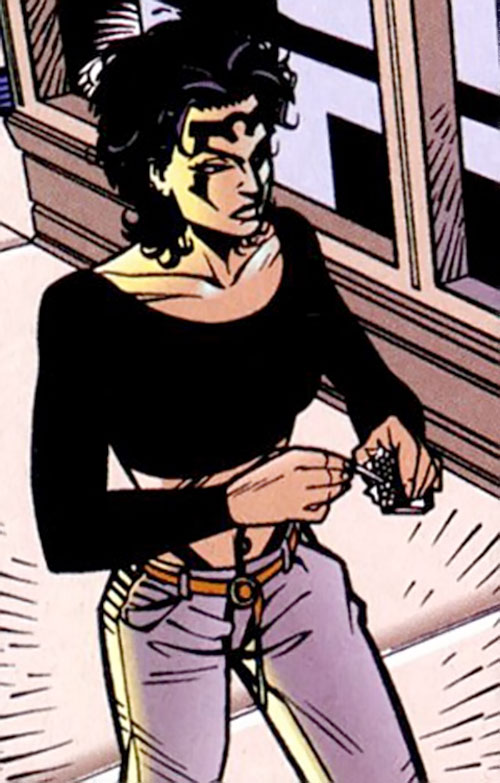 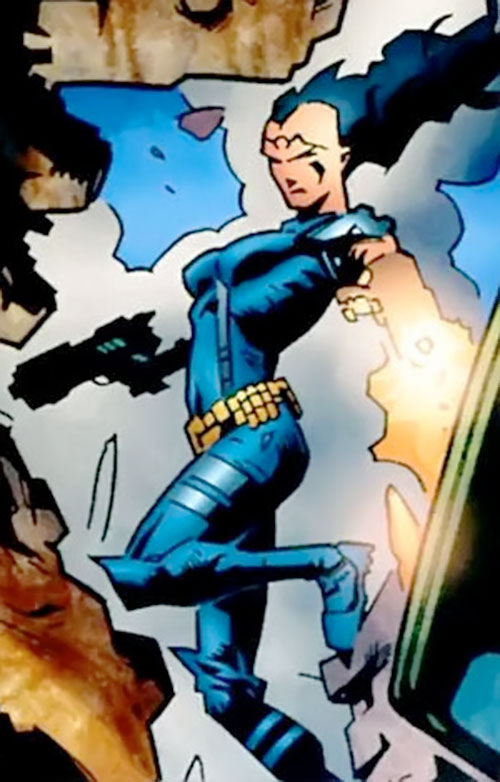