Because *everybody* wants to have Maxie Zeus as their main villain and is looking for henchmen for him. Admit it already !

This obscure character appeared in one 1996 Robin story, and I think that’s it. But he seemed fun, and we sort of collect obscure giant henchmen types.

Heracles is a huge man with an awful lot of muscle. He can lift and crush stuff like nobody’s business, and due to his musculature it’s very hard to get a telling punch or kick against him.

He also has a solid amount of Hero Points  for a thug, making him able to deliver a few good Phases of combat. And he’s fast and adroit for his size.

Heracles is the code name of a hulking thug employed by Maxie Zeus.

He’s quite efficient for a thug, and is often a boon to Maxie’s demented plans.

Heracles doesn’t speak at all. Not only is he the strong, silent type, but he’s also a man of action. He’ll easily get bored and itching to apply his gigantic strength to a problem.

Heracles is very loyal and/or very well paid, and also acts as a bodyguard for Zeus. He can be counted on to follow orders to quell any mutiny in the ranks.

Equipment:
Heracles prefers to be unarmed, but if the plan calls for it he’ll usually be given a shotgun – usually a break-open two-barrelled affair. 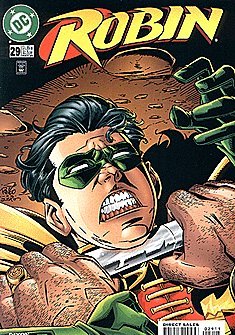