Well lets see… he’s the God of Strength and the Prince of Power. Beyond that he a typical godling, tough to kill, larger than life and twice as heavy. This is the warrior who completed the twelve tasks, died, was risen to Olympus to aid against he Second War with the Titans and eventually came back to Earth to pal around with the Avengers.

Skill wise he is a consummate warrior, his skills were not limited to boxing, wrestling, and possibly Pancracean, but he was a capable archer and could wield a mean club (mace, whatever).

He’s not only a good warrior, but a smart one. First of all he’s from one of the finest of the early civilizations which gave him a good environment to learn even if he rarely took advantage of it.

Secondly, his completing the Twelve Tasks took some thought too. Sure, it wasn’t much to outwit Atlas, but he also figured out how to kill the uncuttable Neamon Lion, how to stop the Hydra from regrowing its heads, how to clean the stables (a really cool scene in the Lou Ferigno movie I thought at the time), He had the cahonaes to free Prometheus even though his dad, Zeus had put the Titan in the pickle in the first place, he went into Hell to wrestle with Cerberus, he was a bad mother…

Taking a little from the Legendary Journeys, I made Herc smarter. And I tend to blend the Keven Zorbo personality with the boisterous, womanizing, self absorbed brawler from Marvel Comics. I dunno why. Herc is a fantastic combatant with centuries of experience and while he loves a good knock down, drag out, brawl as much as the next guy, he can be a deadly serious opponent.

I gave him separate connections to Zeus and the rest of the Olympians because he is often portrayed as Zeus’ favorite child in the movies and literature about him.

Okay, the short version with many names deleted because I don’t have them any more… 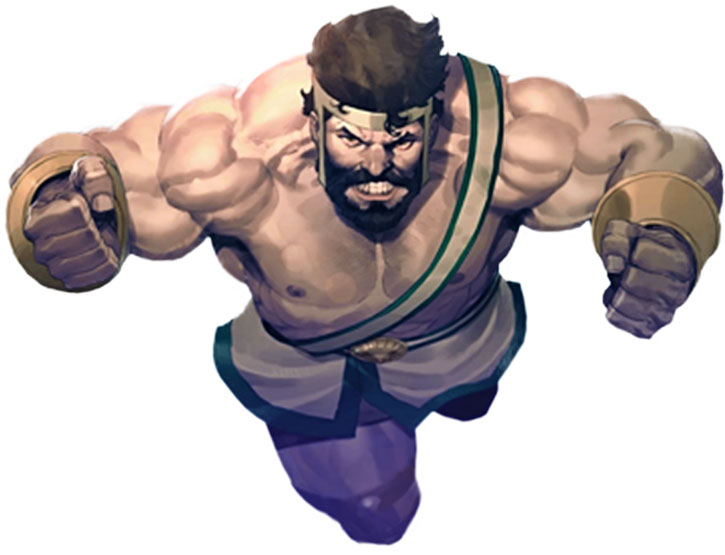 Zeus, the randy god that he is, seduced a young lady and she begat a son. Zeus’ wife Hear, a rather spiteful, vengeful goddess, sent twin serpents to kill the infant. Herc crushed them. He went on to grow bigger and stronger and chase women. I read somewhere that he killed his first wife and children in a fit of rage.

Anyway, he fell for the daughter of King Minos (?) and her dad wasn’t pleased so he gave Hercules twelve tasks before handing over his daughter. These were the Labors of Hercules. He completed them, married the girl, and lived happily ever after. For a while.

During this time he joined Jason and the other Argonauts on several adventures. He returned home to find a centaur running away with his woman. So Herc shot him with an arrow. The dying centaur told Mrs. Hercules that if she ever suspected Hercules of cheating on her she should wash his shirt in the centaur’s blood.

He gave her some blood and sure enough she did. The blood was acidic and it burned the son of Zeus. As he died, he called to his father, and Zeus raised Hercules to Olympus on a bed of fire.

Then he aided the olympians against the Giants and Titans, fought Thor on behalf of Rome and I imagine that he might have gone to Greece to protect his homeland during the World Wars. I don’t think he would have joined Italy and the Axis powers because he would want to fight against Thor, not with him.

He reappears in the Marvel Universe to pick fights with Thor because he likes the competition with the Thunder God. He later becomes an Avenger.

Hercules is larger than life. He is tall, muscular and oozes Machismo. This makes him irresistible to some women and downright nauseating to others. But more or less, even the buffoon in Marvel Comics comes across well with women. He dresses in a green trimmed loincloth or skirt, wears sandals that come to his knees, metallic bracers, a head band of some sort and a bandolier. His hair is generally curly and he often sports a beard.

Hercules is a bad man. He can fight the best of the best and often come out on top. He is rather impulsive and generally doesn’t think tactics until he’s absolutely sure the “bash the enemy ’til he stops moving” method doesn’t work. Just like all good comic book characters.

Bonuses and Limitations:
Density increase is Always on and added into stats, Invulnerability is effective against Physical, Mental, and Mystical Attacks.

Helper(s) The illustrations are of Marvel’s Hercules. 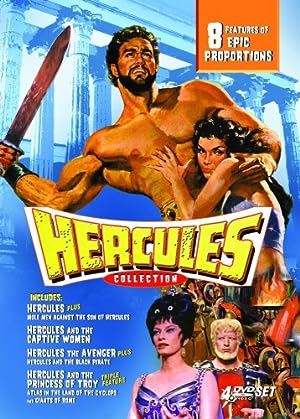 A surprising variety of not always terrible DVDs about Hercules 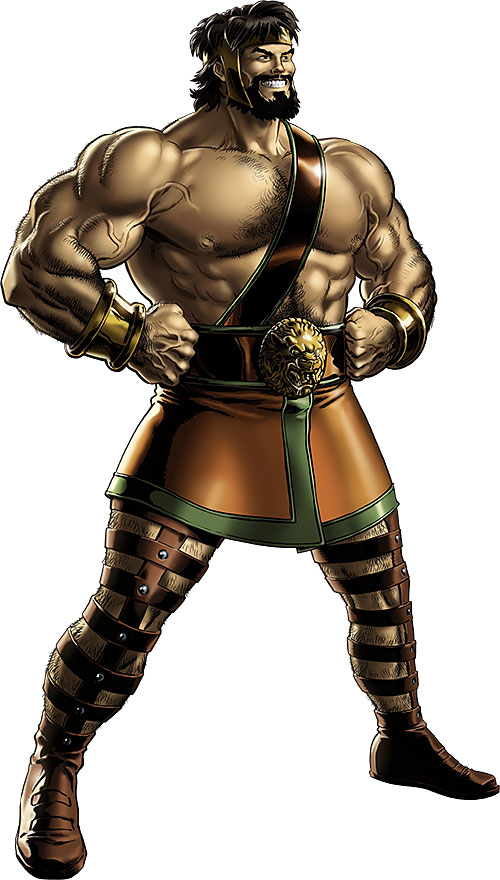