David has, embedded in his chest on the top of his breast bone, a gem-like metallic sphere. It houses the Zero intelligence.

Zero has supernormal perceptions (with a knack for warning David when a giant monster appears). It also can turn David into an armoured giant called Hero Zero, who can fly and shrink down to the size of a cell. It also provides advice and the voice of experience.

The “Zero” entity is one of the computers, possibly the mainframe, of a base built by an alien scientist. In 1947, the alien was trapped within the dimension maelstrom called the Vortex. This left the base deserted.

Under unknown circumstances, the abandoned Zero computer made contact with three people :

The Man from the Vortex eventually decided to abandon his research on Earth and destroy his machines. That meant the destruction of the Zero computers, and thus Hero Zero attempted to stop him. The scientist was touched by David’s devotion to his best friend, and agreed not to destroy the machines – including Zero.

The alien even left him several gems that looked like the one in David’s chest before leaving.

David can retract the Zero sphere in his chest to protect his secret identity.

David is a reasonably smart and quite courageous teenager, and is about 13 or 14. He lacks experience, and weird occurrences will surprise him. Zero is like a taskmaster for him, and he wishes it would tell him more than just what he needs to know.

David seems lonely, given his secret, and consider Zero to be his very best friend.

Hero Zero is a minor character and can easily be inserted, presumably in a place that is as isolated as Cinnabar. 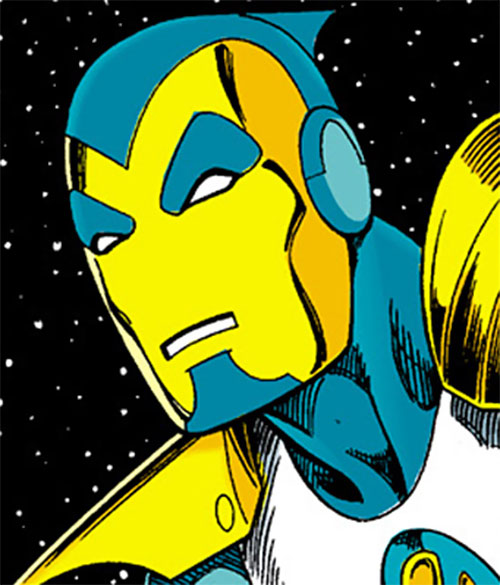 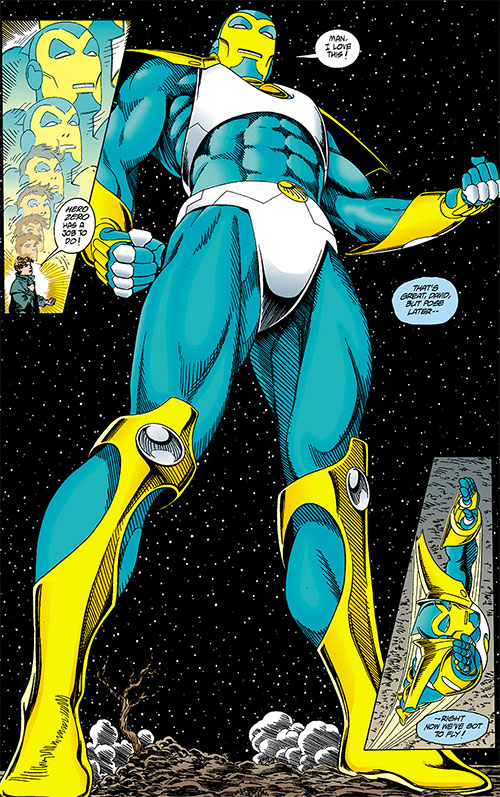 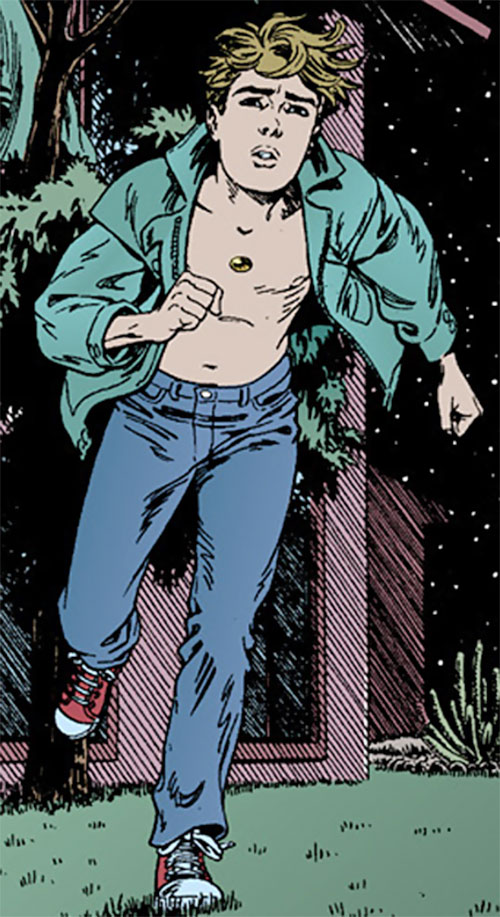