Hexus is an incorporeal corporate entity which developed sentience. It imitates what people want and hypnotizes them with sophisticated advertising campaigns. Hexus will rapidly outgrow and devour any other corporations in its environment.

It continues expanding until it has exhausted the planets resources. By which point it has already had its mindless drones build a spaceship to carry its logo spores to new victims.

It has no corporeal existence of its own, but can work through the drones it employs. It seduces them with an attractive offer, whether a good job opportunity or something else (in DC Heroes RPG terms, Persuasion interaction). If it succeeds it is then able to dominate their minds, turning them into drones (Personality Transfer and Split).

It may use up its drones life force expelling it in a blast of energy, leaving the drone a lifeless husk.

The corporate entity Hexus developed sentience in the sunken galaxy. There it proceeded to move from planet to planet running through its life-cycle, leaving each a lifeless husk behind it. It was captured by the crew of the other-dimensional Kree spacecraft the Marvel, and imprisoned in their Concept Dungeon.

When the Marvel was shot down over and crashed on Earth, Hexus’ containment was cracked. It managed to seduce one of the Midas Foundation technicians to serve as its host, allowing it to escape.

It used its new drone to establish the Brand Hex corporation, and rapidly grew into a corporate powerhouse.

Its escape had been noticed by Plex, the Marvel’s AI. The Plex eventually dispatched Noh-Varr to hunt for Hexus. Noh-Varr eventually found its corporate headquarters, confronting one of its drones.

After avoiding the initial drones attack, Noh-Varr kept the attention of the Hexus by battling further drones. Meanwhile Plex pilfered the Brand Hex computer systems that Noh-Varr had gained it access to. It sent its trade secrets to its rivals, stunting its threat.

Plex then shot a cosmic bullet at its corporate headquarters, presumably killing it.

Hexus is purely devoted to its life cycle, taking over its environment by the same method it always employs. It ruthlessly attacks anyone who finds out its true nature and may prove a threat to its plans.

Hexus: “Welcome to the boardroom, little Kree soldier. Allow me to introduce myself. Mr. Greepy, the CEO of Brand Hex. Director of our global operations. The voice of Hexus. Prime servant of the Living Corporation.”
Noh-Varr: “Good. I was wondering what to shoot.”
Hexus: “It’s too late to shoot. Hexus grows. Hexus replicates. Soon, Hexus will own everything. We will license the air you breathe and the thoughts we allow you to think.”

“Hexus cannot die. Everything will carry the Brand Hex logo. Everything down to the proteins in your DNA. Every genetic code stamped and sealed.”

Drawbacks:
MPR (No physical body of its own).

Mental and Mystical attacks against Hexus

The larger the Hexus corporate entity becomes the harder it is to kill. It cannot be destroyed physically, but is still subject to Mental and Mystic attacks. As it gains more drones it becomes harder to kill this way, with its essence being spread over so many, and bolstered by the power they give it, hence the Power Reserves increasing its Mind and Spirit.

Its defence against such attack can be affected by its standing as a corporation. So if one of its competitors gains a significant advantage over it, Hexus suffers a -1CS Attack Vulnerability to Mental and Mystical attacks. 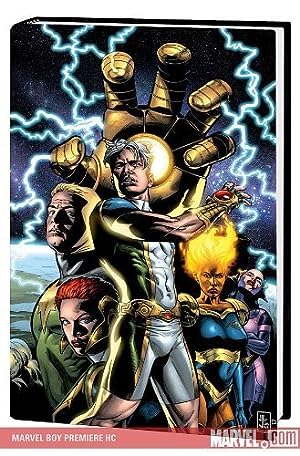 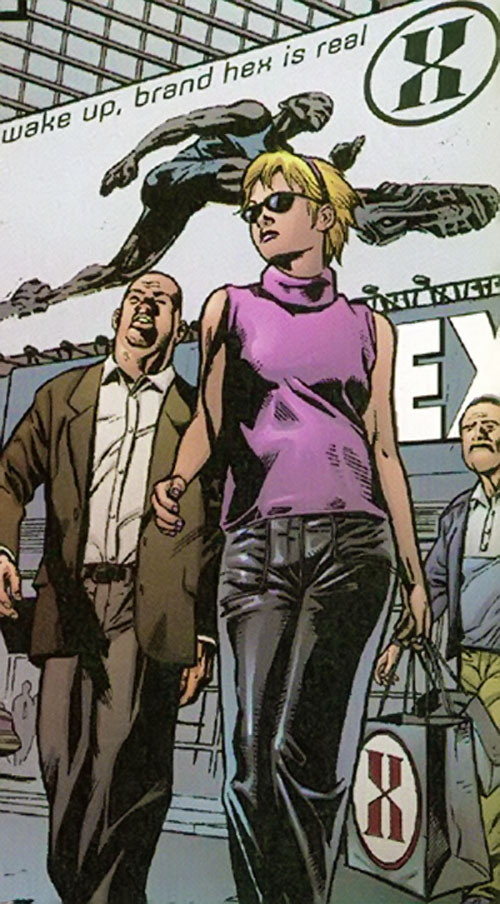 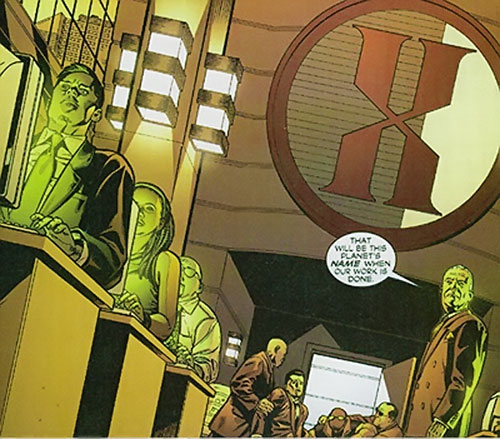 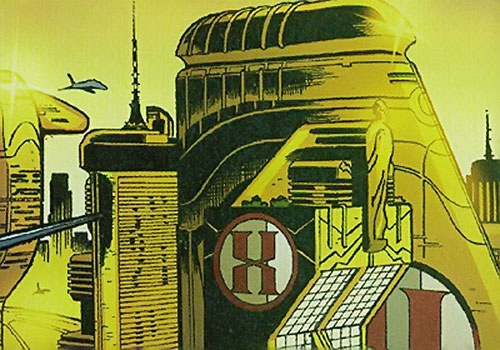 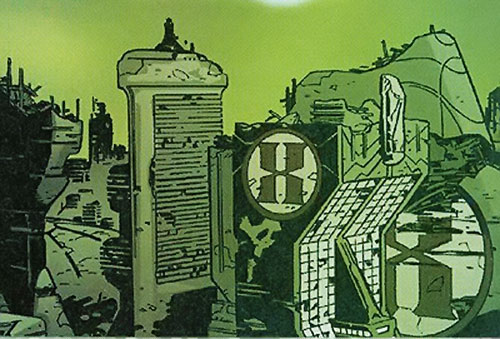