Highlander was a 1986 action/fantasy movie about secret immortals in the modern world. People on the Internet keep pretending it didn’t have any sequel.

It was big among nerds back in the days. Not only was there a lack of genre movie, but the themes and aesthetics lived on in many RPGs, including 1990s juggernaut Vampire: The Masquerade.

As an immortal, Connor no longer ages, and he cannot be killed by normal means. His healing ability enables him to survive fatal wounds as long as he is not beheaded.

All the immortals from the film and the TV series are able to absorb the essence of other immortals who have been killed by decapitation. A phenomenon occurs which causes the area where an immortal has been recently killed to surge with powerful energies.

This usually takes the form of lightning bolts and/or electrical discharges. Objects in the vicinity will be attacked with stray lightning bolts. The (victorious or any nearby) immortal will be bathed in these energies and will absorb the essence of the fallen immortal.

There can be only one !

All immortals from the Highlander films, TV series, etc. all acknowledge the “There can be only one” rule/ code of conduct. 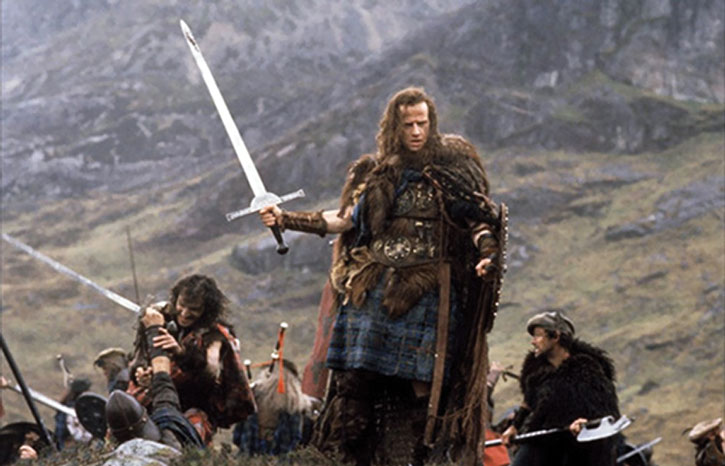 The code is as follows:

No penalties or repercussions have yet been revealed to any immortal who breaks these rules, so the question would be why even have them at all then?

Connor MacLeod appears as a young, caucasian male in his early thirties. He usually wears comfortable, casual clothes of good quality materials. He often wears an overcoat or trench coat, under which he conceals his sword. 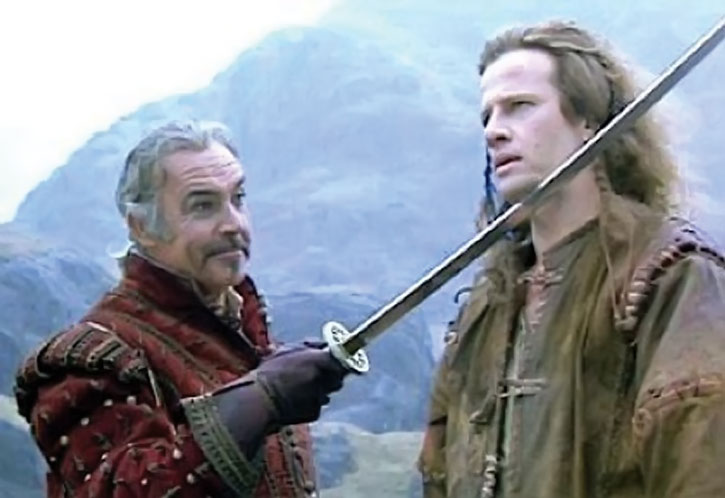 Connor usually has a quiet, calm presence until he is stirred to action. Once engaged in battle, Connor is a determined and resourceful fighter.

Here’s the remastered version of the trailer, in all its 1980s glory (and still with Queen’s Princes of the Universe) but with much better resolution.

Connor MacLeod: “You’re a liar !”
Ramirez: “You have the manners of a goat. And you smell like a dung-heap ! And you have no knowledge whatsoever of your potential ! Now. Get out !” [rocks the boat, sending MacLeod into the lake]
Connor MacLeod: [as Ramirez rows away] “Help me, I’m drowning !”
Ramirez: “You can’t drown, you fool, you’re immortal !”

Ramirez: “The sensation you are feeling is the quickening.”
Connor MacLeod: “Who are you ?”
Ramirez: “We are the same, MacLeod. We are *brothers* !”

“I am Connor MacLeod of the Clan MacLeod. I was born in 1518 in the village of Glenfinnan on the shores of Loch Shiel. And I am immortal.”

Connor MacLeod: “I’ve been alive for four and a half centuries, and I cannot die.”
Brenda: “Well, everyone has got their problems.”

Although the Highlander films and TV series work better in their own self contained universe, Connor could easily fit into the DCU. He could have quite easily encountered characters like Vandal Savage, Ra’s Al Ghul, Talia, Immortal Man, I… Vampire, or any of the other immortal type or long-lived characters that appear throughout the DCU.

Advantages:
Area Knowledge (Scotland, New York City, and others), Connoisseur, Expertise (melee weapons, swords and edged weapons), Headquarters (Expansive — his loft in New York City), Immortal, Iron Nerves, Languages (Connor is fluent in Scottish and German. Having traveled extensively all over the world, Connor is most likely fluent in a variety of other languages), Scholar (history, most types of weaponry), Sharp Eye.

Connections:
Ramirez (High — when he was still alive), Rachel Ellenstein (High), Duncan MacLeod (High), Immortal community (having lived and traveled extensively, Connor has met other immortals like himself. Some have become friends.).

Drawbacks:
Dark Secret (Must hide the fact of his immortality); CIA to adhering to the “There can be only one” rule (see below); Loss Vulnerability (Regeneration, if beheaded), Misc. Drawback: Immortals cannot have children.

Equipment:
Sword [BODY: 08, EV: 05, (06 w/STR, 07 w/Martial Artist)] A custom made sword which is designed to be much more durable than any regular combat sword. The blade is extremely sharp and can usually cut off limbs (or the head) with one swipe.

After going back and forth a few times on Invulnerability, Regeneration, Sealed Systems and Systemic Antidote, I have to agree with those above who pointed out some inconsistencies from the film and television series. Hopefully, the current stats reflect the character better this time around.

This section is excerpts from Caliburn’s writeup of Highlander. Caliburn made some really interesting points that I think definitely needs to be included into the game mechanics for the immortals of the Highlander series.

This advantage is available to only Immortals using the storyline of the Highlander series or the movies. However if you use your imagination I willing to bet you can use it for other stuff.

This advantage is used to explain how immortals become stronger with the killing of other immortals.

Hero Points earned are spent as normal with Character Growth but should be under GM supervision. Recomendation: Spent Hero Points from Quickening Absorption so that they boost attributes that more closely resemble high traits of the immortal killed. New Powers and skills gained should be powers and skills that the previous immortal possessed.”

A high reward but who ever can take Duncan’s head worked real hard to earn it.

The Detect Power: Some immortals seem to have abilities that others don’t. Duncan is able to sense future immortals. Connor also has this power. I placed it as zero because Duncan only feels them up close and how do you defend from a power when it senses a trait that you don’t even know you possess.

As immortals take more heads and become more powerful I needed to explain how their Quickenings are more impressive when they finally get killed themselves. I made up this system of Energy Absorption, Power Reserve, and Lightning to explain this. I hope I didn’t confuse anyone but I like it.

Here we are. Born to be kings. We’re the Princes of the universe. I am immortal. I have inside me blood of kings.
– Queen

Immortals from the films and the TV series are able to absorb the essence of any slain immortal in their immediate vicinity (whether they killed the other immortal or not). According to the films and TV series, the immortal gains the knowledge, skills, talents, abilities, and even in some cases, special powers of other immortals.

The TV series also makes mention of the dangers of an immortal absorbing the essence of too many villainous immortals. A Dark Quickening will turn a good immortal to evil as when Duncan became susceptible to this affect in the TV series.

Darius, another immortal from the TV series, had the reverse happen to him. Darius was an evil immortal who turned good after slaying a particular righteous immortal.

Connor MacLeod: “Tell me how’d it happen for God’s sake.”
Ramirez: “Why does the sun come up ? Or are the stars just pin holes in the curtain of night. Who knows ? What I do know is that because you were born different, men will fear you… try to drive you away like the people of your village. You must learn to conceal your special gift and harness it until the time of the gathering.”
Connor MacLeod: “What gathering ?”
Ramirez: “When only a few of us are left, we will feel an irresistible pull towards a far away land… to fight for the prize.”

According to the code, immortals must face each other in combat with melee weapons — usually a sword or some other edged weapon is preferable since beheadings are best done with these types of weapons. Once an immortal is decapitated, he or she dies the final death.

Ramirez: “The Kurgan. He is the strongest of all the immortals. He’s the perfect warrior. If he wins the Prize, mortal man would suffer an eternity of darkness.”
Connor MacLeod: “How do you fight such a savage ?”
Ramirez: “With heart, faith and steel. In the end there can be only one. […] If your head comes away from your neck, it’s over !”

In a Killing combat attack, if an immortal opponent makes a -2 CS trick shot AND does enough damage to bring an immortal to death then invulnerability fails.

It would probably be more accurately described as a Maneuver. Perhaps it’s a Critical Blow or Devastating Attack that must inflict enough RAPs to reduce Current Body Condition to -BODY after LDD and other factors have been taken into account.

This would fit in well with the extended duels. They consume the opponent’s HPs so he will have little ability to LDD or boost his OV/RV versus the killing stroke.

In the TV series, the loser was usually battered to the point of collapse by the time, leaving them with an OV of 0 (as they’re not moving at all) which makes the Beheading Maneuver suggested above much easier.

What is the Quickening?

Ramirez: “Patience, Highlander. You have done well. But it’ll take time. You are generations being born and dying. You are at one with all living things. Each man’s thoughts and dreams are yours to know. You have power beyond imagination. Use it well, my friend.”
Connor MacLeod: “I have the power! Aye, the quickening that empowers me! I feel everything! I know… I know everything! I am everything!”

The Quickening is the sensation that an Immortal experiences when he or she has beheaded another Immortal. It is accompanied by flashes of lightning-like energy and the destruction of items around him. In the film and the TV series, the Quickening has been amended slightly to encompass a variety of special abilities and powers.

In the first film, Connor was able to sense Brenda was recording their conversation, her hidden gun, and the police detective parked outside Brenda’s building.

The TV series expanded on the Quickening explaining that an immortal doesn’t just absorb the essence of any immortal who dies in their vicinity. This also works whether or not the immortal has killed the other immortal.

It may also be worth noting that the Quickening does not occur if an immortal is killed when no other immortal is present.

There has been certain instances where two different battles between immortals were going on simultaneously — Duncan v. Kronos and Methos v. Silas. Each respective immortal absorbed only the Quickening of the immortal they had specifically fought and killed in that instance.

The GM should feel free to model this in any manner they see fit, but the more powerful the slain Immortal in question the larger the conflagration should be.

To simulate the Quickening’s affect on the victorious Immortal, add up the AP points of all Attributes (Do not include Initiative or Wealth (Resources), Powers (Use Power Reserves maximum AP value, do not include Lightning), and Skills of the immortal who has been killed.

What is the Prize?

According to the film, the Prize is the ability to be linked mentally to all people living (knowing their thoughts and feelings, and being able to help them communicate with one another). Connor attempts to explain this to Brenda at the end of the movie and calls it a “whirlwind” within his head.

My first guess would be a combination of Empathy, Mind Probe, Telepathy on a global scale. 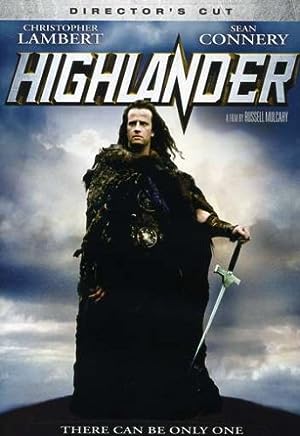 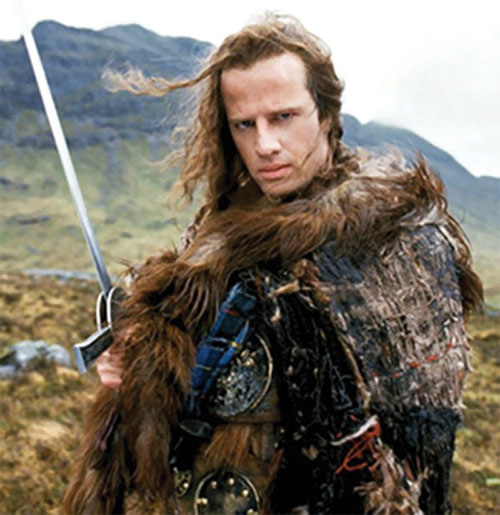 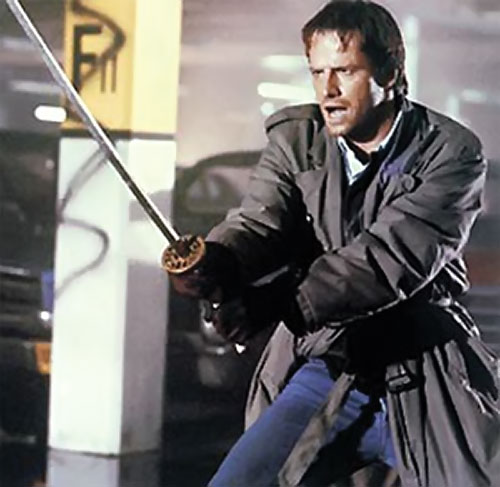