Hightower is a Daemonite officer. As such he possesses great strength and endurance. As is typical for Daemonites, he has the ability to possess host bodies.

He is also one of the few of his race gifted with the ability to take the appearance of any other person. Somehow this ability extends to transforming part of his body to less organic material. He has been known to grow his forearms with metal-like hands and claws.

As a result, he can take a form not vulnerable to Earth atmosphere, meaning that unlike typical Daemonites he can live on our planet without needing to possess a human body.

He has not always been a key member of the Cabal. Originally Hightower was but a Daemonite soldier, though more ambitious and clever than the rest. He thus managed to rise to the very top.

His abilities to transform his image allowed him to borrow various identities over time. He was Genghis Khan, Hannibal, King John, Stalin… Hightower also sought to destroy Kherubim to gain prestige among the Cabal. His target of choice was Lord Emp, whom he nearly succeeded at killing but only left as an amnesiac instead.

Hightower first appeared in modern times when, with the help of the renegade Coda Artemis, he abducted Grifter. Artemis wanted Grifter to lure Zealot in to his rescue. But Hightower knew too well that the rest of the WildCATs, particularly Emp, would soon follow. He nearly defeated the team, but failed due to Voodoo’s determination at expelling him from her possessed body.

When a key for the activation of the Daemonite warship emerged at the Smithsonian Institute , Hightower planned to take control of the destructive power of the spacecraft. He first called for the Coda’s help, but the WildCATs ruined his attempt by trashing the local chapter.

They had been seeking him out because of misleading information linking him to Maul’s abduction. Hightower then bluffed Emp into helping him recovering the warship before Defile could do so. He pretended that he would use it to flee Earth as opposed to Defile’s plan to control the planet.

All but Grifter, who still remembered the torture he experienced during their first encounter, bought the lie. They teamed with the Daemonite in the search for the missing keys and the ship.

This ’Wildstorm Rising‘ story led to the resurrection of Helspont, one owner of the ship’s key. Lord Defile fought against Helspont for the control of the ship. And both of them against all the heroes of the Wildstorm universe, who wanted to prevent them from reaching that goal.

The ship turned out to be the Kherubim ship instead of the Daemonite vessel/ Nevertheless, the fight continued for its possession. At last, Hightower exposed himself and was killed by Grifter.

In his usual form Hightower appears to be a tough, well-built man. When he fights, some of his Daemonite features resurface such as his claws, green skin, or fangs.

He is the typical double-dealing villain, always planning intricate schemes to lure his enemies toward his goals.

Though he is dangerous and effective, he still doesn’t match the raw power of Daemonite High Lords such as Helspont or Defile.

“Her promises mean nothing to me ! As far as I’m concerned, the Cabal’s interests will be better served with all three of your deaths !” 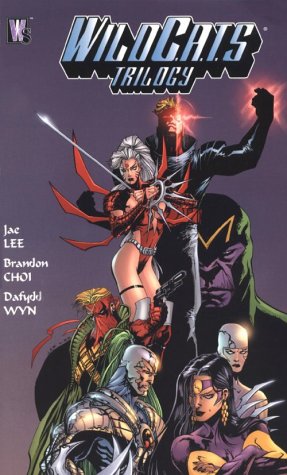